We Will Rebuild - Kentucky Farm Bureau 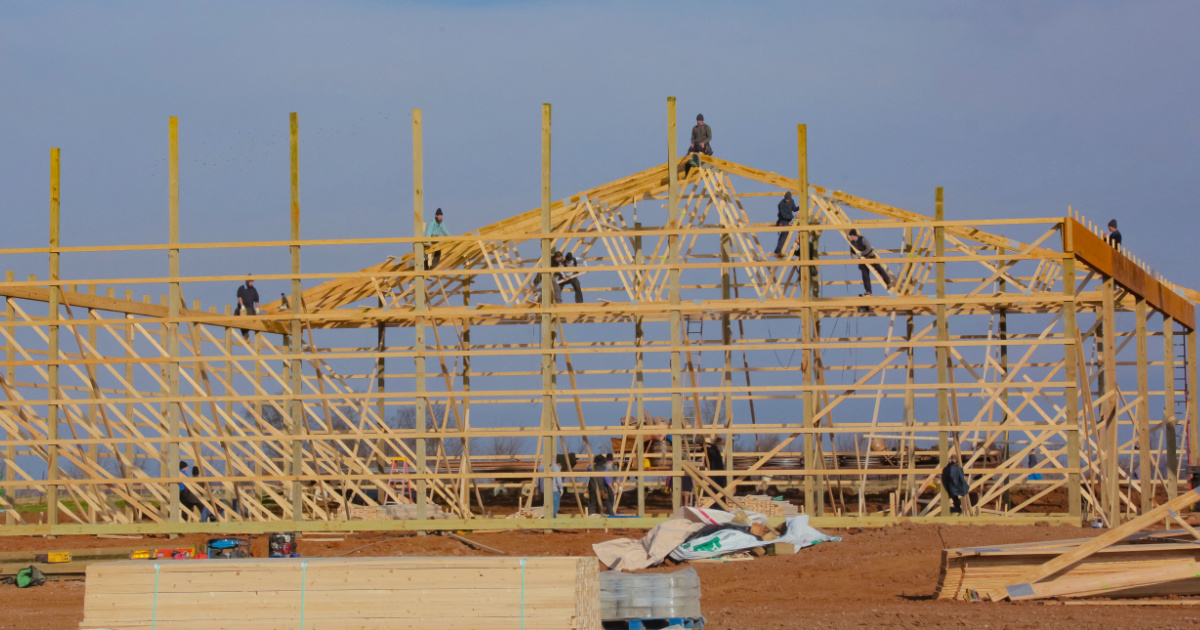 The devastation left behind by the historic storms and tornadoes that moved through many areas of Kentucky in the late hours of December 10 and early morning of the next day was beyond anyone’s imagination until daybreak and the awful truth unfolded.

So many rural communities were affected to the point that some seemed to be completely gone. Farmland and farm infrastructure had been ravaged from West Kentucky into southcentral and central regions of the state.

Businesses that were busy before the Christmas holiday one day, were wiped out the next. Untold numbers of homes, offices, churches, and schools were damaged or destroyed. But more tragic than that were the lives that were lost and the people who were injured.

As word of the devastation spread, scores of rescue efforts sprang into action, immediately. Volunteers, many of whom had been affected in some way by the storms themselves, were showing up to help their friends and neighbors, and those who they did not know but counted as friends as neighbors, as well.

Kentucky Farm Bureau President Mark Haney said he was not surprised at the outpouring of help because that’s what farm folks do.

“As tough as it has been to see the heartache and pain these massive storms caused, it gives me a sense of pride to see the amount of help that has come from all corners of this state and from across the country,” he said. “I have no doubt the farm families who have been affected will pull themselves up by their bootstraps and continue their farming heritage.”

Scott and Lorrie Glass from Christian County saw the biggest part of their farming operation blown away by the tornado that passed through that area. But even with the devastation, they are already in the process of rebuilding.

“We had approximately seven barns, buildings, machinery sheds, about six grain bins, and a couple of greenhouses, which were destroyed,” Scott Glass said. “But we didn’t have any idea of the extent of the damage until morning when we were able to come out and look, and it was heartbreaking; truly heartbreaking.”

While the extent of the damage was overwhelming. The Glass family knew they would rebuild and continue to farm.

“There was a determination that came over me that we were not going to let this stop us and we were going to move forward,” Scott Glass said. “I’ve been farming for 40 years and the way the world has been recently, you kind of lose hope with everything, but when something like this happens, and you know you’ve got a lot of good people who are helping and standing behind you to get you up and going, were blessed and very appreciative of it.”

A little further to the northeast, in neighboring Muhlenberg County, Tim Hendricks experienced the same type of destruction on his farm which included his family’s home.

“I have been in three different tornadoes and this was by far the worst. It tore up the house and took the tops off the grain bins, which were full, and if threw debris into our equipment,” he said. “But those are all things you can replace or do without. The real tragedy is the loss of several lives in our community. So, we are counting our blessings.”

Hendricks added that countless volunteers showed up at his farm the day after the storms to help in the cleanup effort.

“I was amazed to see so many people here to help clean up everything,” he said. “Some of this land has been in my family for close to 300 years, so, we’re not going anywhere. It will take a while to build back but it will come around and yes, we plan on planting this spring. We are very fortunate and blessed.”

From an agricultural standpoint, every farm, large or small that was affected by the December tornadoes plays a significant role in the overall ag industry in this state. And the destruction incurred by so many of these farms was unbelievable in many areas, including that of the University of Kentucky (UK) College of Agriculture, Food and Environment’s Research and Education Center in Princeton.

UK officials expect 49 of the center’s 58 buildings to be a complete loss. But rebuilding has never been in question.

“We are humbled by the outpouring of support from across the local, state and national agricultural communities,” said Nancy Cox, dean of the college and UK vice president for Land-Grant Engagement. “We are moving forward and plan to build back a state-of-the-art research and education facility to continue advancing agriculture.”

But that will take some time, especially when it comes to some of the equipment that was lost. UK noted that officials are beginning to reach out to their equipment suppliers to replace damaged equipment.

“Since they are used for research, nearly every piece of equipment we had was a prototype, so we cannot replace them by going to a commercial dealer and picking one out off a lot,” said Chad Lee, director of the UK Grain and Forage Center of Excellence located at the center. “We are contacting the companies that we purchased these pieces of equipment from to see how they can be replaced.”

The Research Center has long been a valuable resource not only to farmers in this state but to the ag industry in general. Lee said it has never been a question as to whether it will continue its work for agriculture.

“Never in question. In fact, the Saturday after the tornado went through, the architect, who did our renovation expansion here recently, they were contacted by the main university, so, that's the intent,” Lee said. “The biggest challenge is the interim and trying to get everything back to function at a reasonable level while we go through the rebuilding process. And that's what we're going to get figured out between now and about March, so we have a better idea about what we can do with the spring crops that have to be planted.”

Like so many of the farm families the center serves, there have been countless offers from people in the state, and out, wanting to help with recovery efforts in any way.

“We've had people from other states like Nebraska and North Carolina reach out to us to see if they can do anything for us,” Lee said. “We’ve also had many farmers, some who had damage either to their farms or to their neighbors’ farms, offer to help or apologize because they couldn't get here to help us.”

But that is what farm families do, he added. Something that has served as quite the motivation.