Over the last three years, the West Kentucky river counties of Ballard, Carlisle, Hickman and Fulton have been at the center of an economic development initiative known as the West Kentucky Alliance for a Vibrant Economy (WAVE.)

It has been an initiative born out of the desire to be proactive in the area’s approach to economic development, and agriculture has been one of the top drivers in an area that has seen its share of industry losses over the years.

But what makes WAVE so unique has been the ability to bring four different counties, along with their local government, business and agricultural leaders together with common goals of creating rural development opportunities in the area, utilizing new ideas and existing resources.

Justin Puckett, the agency manager at Ballard County Farm Bureau has been involved with WAVE since its inception and sees opportunities from different perspectives.

“I wear two hats. I am a small business owner and I also represent the farm community, and in meeting with farm families and understanding the things that they are going through, my sense of urgency is, what can we do and what is the vehicle that will get us from A to B,” he said. “And I think the driver is economic development, utilizing agriculture and the resources we have.” 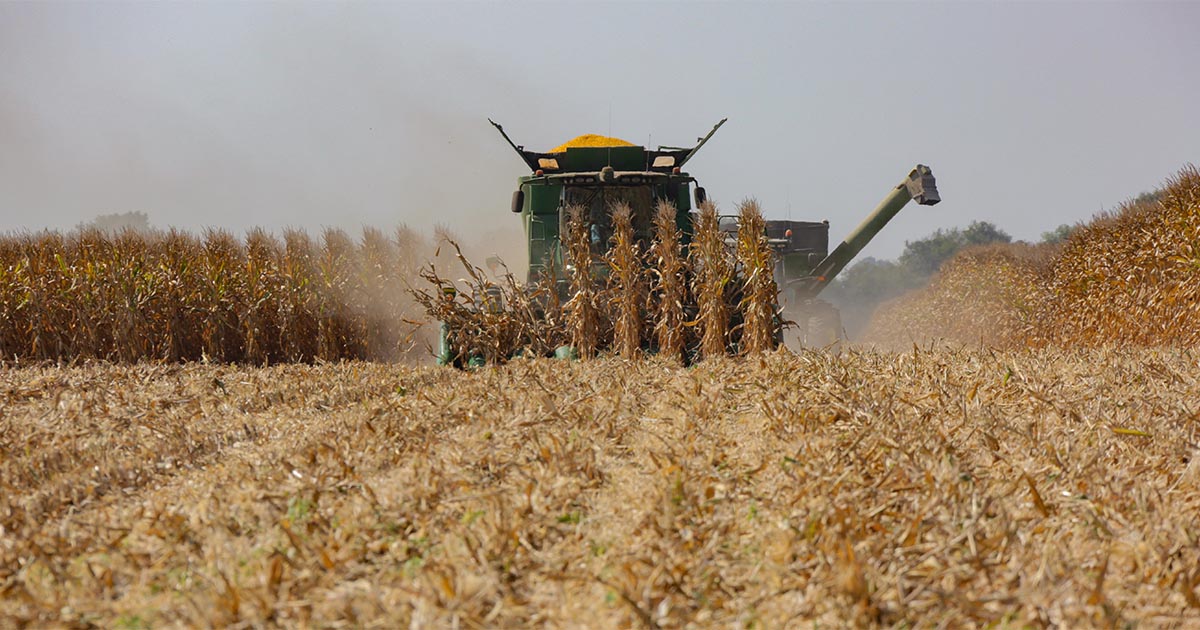 That economic development factor has been at the forefront of the initiative since it began, looking at a number of key components to enable the project to move forward. With more than 60 partnerships in place to support WAVE, one of those components included hiring a consultant to help bring ideas to the table and advocate locally, statewide and nationally.

Steven Elder is doing just that, telling the story of WAVE and the river counties to bring interest to the ideas, and results to the initiative.

“In our own communities, I try to let people know how important agriculture is in this region, but I also go across the state spreading that message, and even to Washington, D.C., because people there may not know where we are, what we do, or what is important to us,” he said.

In keeping with the collaborative effort that is at the center of WAVE, Elder decided to take a look at agricultural numbers from the four counties as a whole, with stellar results.

“If you combine the four counties, you’re looking at $359 million worth of product sold. So that is money going in and out of banks of ag producers, and that’s a lot of money. It is a lot of businesses, and a lot of people,” he said.

It also makes this four-county area the top producing ag area in the state, a fact that could prove to be very attractive for outside interest looking for a business home, added Elder.

In looking at those numbers and seeing the potential in value added products or other related industries, is it the hope of WAVE members to utilize the value of their overall ag industry.

“We are within a day’s drive to Nashville, Memphis and St. Louis, which are some of our larger markets,” said Elder. In hearing the Kentucky Department of Agriculture tells us people are looking to source locally, we have products we can produce right here. We just have to have the people willing to make the capital investment and do that here.”

Bob Wilson, Administrator for Ballard County Schools and WAVE Chairman, said a key to the success seen so far has to do with working together.

“I’m not sure we had a light-bulb moment in looking at our ag industry as one, but we are one region. That is the focus, we are not advocating specifically for a county, but rather four of them, with our four county judges on board, meeting together, wanting to help each other out,” he said. “So, if a company comes to Carlisle County, then that is just as good for those in Hickman County. We should combine our resources and help each other. When you do that, you realize you have this big agriculture industry here, and what that could mean in developing and attracting other industries.”

In taking their message to the masses each year, WAVE and community members, along with state leaders come together to recognize area farmers and to further spread the word about the initiative at their Ag Day event.

WAVE also had a presence at this year’s Kentucky State Fair in the Pride of the Counties section. Puckett said the reaction from people, who may not have even known where the counties are located, was amazing.

“I was blown away with the reactions and we accomplished what we wanted to by having folks from that area seeing us there and knowing that we really have a buy-in to what we’re doing,” he said. “One of the neat things I did not anticipate was the tourism aspect. We had a lot of brochures that showcased our state park and our bed and breakfast businesses, and I can’t tell you the people who were really interested in that; who have never been this far west.”

Along with the tourism industry, and the proximity to areas of large populations, the four-river-county area is home to an abundance of educational opportunities with the West Kentucky Community and Technical College campus in Paducah, Murray State’s presence with a regional campus and the agricultural research farm at Eagle Rest Plantation.

Wilson said all the partners involved in WAVE have a voice in what is happening with the initiative and what happens next.

“We are partners and we all have a say in what is taking place. It is so good to come to our meetings and see so many people on the same page and so excited about this,” he said. “I can honestly say there is not one person seated at our table who has an agenda other than promoting this area and that is what is refreshing. When you sit at the meeting you can feel like you’re making a difference.”

One of the newest government leaders taking a seat at that table is Ballard County Judge Executive Todd Cooper. He said county lines no longer exist, when it comes to this project.

“We are in a global economy, now, especially from a farm perspective, and because of the success we have seen thus far with WAVE, it goes to show that when you get four counties working together, the things you can do are amazing,” he said. “If the farmers are doing well, the rest of the community is, too.”

With any initiative, challenges are realized, as well as the triumphs. One thing WAVE leaders see as a challenge deals with infrastructure, notably the lack of a four-lane highway through much of the area. But plans are in place to make that happen.

“We are up for a grant for a four-lane, and while it won’t get all the way to the river, at least, it is in our area and every little piece is important,” said Puckett.

That river happens to include the confluence of the Ohio and Mississippi Rivers, an advantage the four-river county area has that no other area does, and something local leaders want to capitalize on.

“Every day we watch millions of dollars go by our area heading to international ports and we feel like taking a look at a port is one of our big pieces,” said Wilson. “The county judges are looking all the time, but the first thing we want to make sure is that we don’t take away from the river ports already here. However, there is also a big picture to think about in this area, and a river port would be a big advantage for our area and the entire region.”

Allen Pace, a local farmer and WAVE supporter, said the initiative is a good idea and should be good for their region especially when it comes to that mighty river system that is so close to his farm.

“Who could imagine that I’d be talking about things like international trade and leaders in Washington sitting in a combine in Ballard County, but we are, and I think the WAVE project will really help our region, especially being this close to such a large river system,” he said.  “The crops I’m harvesting right now, could be at ports in New Orleans within a couple of days and off to international markets. That would help our farms so much.”

If you could take away only two things from this initiative, at this point in time, it would likely be how important agriculture is to this four-county region, and what a model of cooperation it has become as local leaders work to keep this WAVE rolling forward.