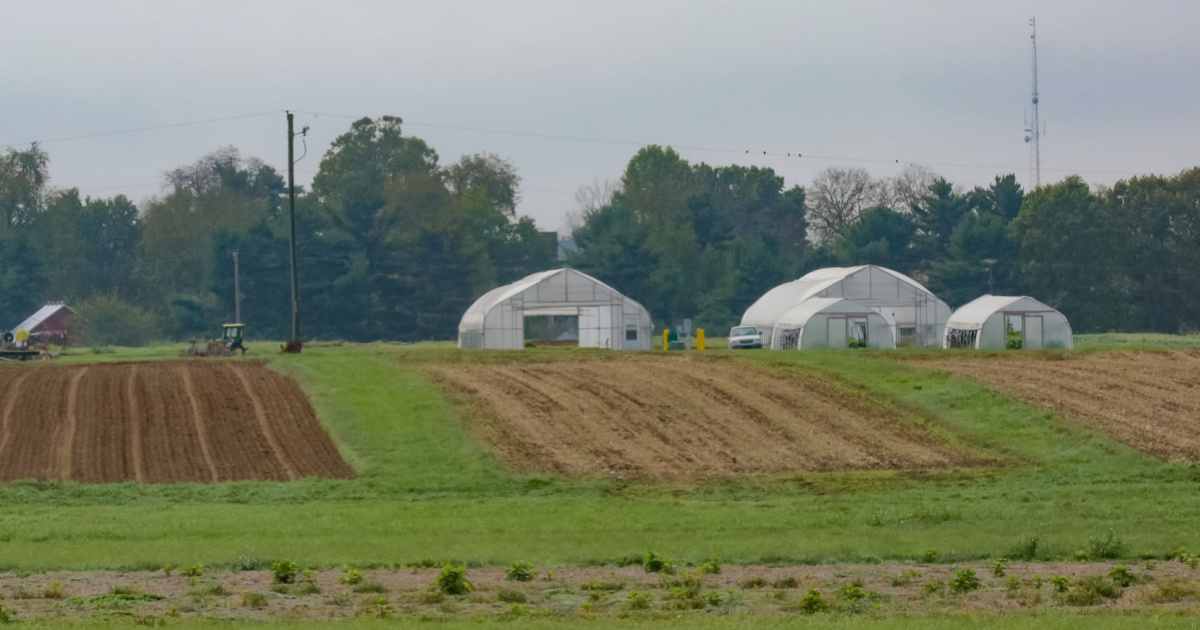 Innovative programs are helping students find their way to the farm

It isn’t unusual to find farmland and urban development juxtaposed in cities and communities across the state. In nearly every situation, the farms were in place long before their neighboring urban areas began popping up.

The University of Kentucky (UK) College of Agriculture, Food, and Environment, one of the two land-grant universities in the Commonwealth, is a prime example of how the city of Lexington has grown around the many acres of farmland owned and operated by UK.

One of the College’s most historic properties is home to the UK Horticulture Research Farm, which is nestled in a busy and bustling section of Fayette County. This particular farm, one of six owned and operated by the university, has origins dating back generations.

Dr. Mark Williams, professor and chair of the Department of Horticulture at UK, said this farm currently consists of 100 acres. But it was once a much larger farm, and is part of a longer legacy that dates back well before settlers made their way to this country.

“It was one of the original settler families who came here back when this was on the western frontier,” he said. “We consistently are finding old relics from the past. But, even before the Bryan family, there's evidence of Native Americans being on this land perhaps 10,000 years ago, and actually involved in agriculture 3,500 years ago.”

The farm has proven to be very productive over the years, and Williams said there are many factors that have made this area so advantageous to agriculture production for so long.

“There's a really fantastic spring here that's supposedly one of the headwaters of the South Elkhorn Creek, and then the soil on this farm is really impressive,” he said. “Known as Maury Silt Loam, it’s some of the best agricultural soils in this state. So, the combination of soil and water, plus this being located on one of the higher spots in Fayette County, it all makes for an advantage to this farm.”

The facility, known as South Farm, is home to a diverse assortment of produce and research efforts. Variety trials for disease resistance, pest resistance, and cover crops take place there, along with traditional vegetable, organic vegetable, high tunnel, and fruit production.

The farm has its own vineyard and sells wines, made from its grapes, to the UK community, and is also home to one of the many Kentucky Mesonet weather-data-gathering stations located throughout the state.

But make no mistake, it is very much a working classroom with an emphasis on real-life agricultural experience.

“In 2005, we got a USDA Higher Education Challenge Grant which was really significant because it created the Sustainable Agriculture program,” Williams said. “And at that point, we were really seeing that there was a need to revisit how the land-grant system used to teach agriculture, which was a combination of class experience and hands-on experience.”

An apprenticeship project was set up through the Sustainable Agriculture program and has become an important part of the research farm. From a classroom perspective, students are getting that hands-on education in farm management. And many of these students are participating in, and experiencing, farm life for the first time.

“We set up this apprenticeship as kind of an anchor for the Sustainable Agriculture program, which is based on the three pillars of sustainability,” Williams said. “Students take classes focused on economic profitability, like business management, and marketing and resource management. They also take a cluster of classes focused on social responsibility, such as food ethics, and then they take an environmental stewardship cluster of classes such as soil science, animal husbandry, and crop production. Then they take a series of Sustainable Agriculture focused classes, one of them being the Apprenticeship in Sustainable Agriculture.”

Williams added that the program was allowed under the condition that it could be somewhat financially viable, which put the program on a level playing field with farmers.

“We decided, based on what we were seeing at other universities, that community-supported agriculture (CSA) would be our main marketing strategy,” he said. “And so, for our market, it made sense for us to sell organically and be certified organic. We set the program up to only market to UK faculty, students, and staff, keeping it within our family here, and we try to encourage people to support other farmers’ markets, as well.”

Kristi Durbin is the CSA manager at the South Farm and is a product of the apprenticeship program there. While she did not come from a farming background, she was always very interested in gardening, working with local extension, and volunteering in the master gardener program.

“I already had a degree and I had worked for several years, even lived overseas for a while, but I came back to Kentucky, and I started to volunteer with extension,” she said. “And it was through that experience, I decided to change trajectories for my career and basically started to look into agriculture as an option.”

That led her to UK, a second degree, and an apprenticeship. While still a student, she began to work part time at the farm, and the rest, as they say, is history.

“I wanted to learn about soil and plants and how to grow them, and through that experience while I was an undergraduate student again, I took the apprenticeship program, and then I basically came on staff in 2012,” Durbin said. “In 2015, I became the assistant CSA manager and then, in 2016, I became the manager.”

Durbin said there are many students who get involved in the Sustainable Agriculture program and don’t come from a traditional agriculture background, but who leave fully understanding what it takes to make a farm work.

“If a student is a Sustainable Ag major or it is a minor for them, the apprenticeship is a required course, but it's actually open to any major,” she said. “Generally, we always see kind of a diverse spectrum of students who just got interested and wanted to try it out, so, it's not always been students in the College of Agriculture.”

Many students who become involved in the program stay on as staff, not necessarily to be farmers, but because they acquire a love for what they have learned about the farm. For Durbin, it was a love of working with her hands and a love for the pure beauty of agriculture.

“I think what happened for me, was realizing that there's a lot of avenues in agriculture, and horticulture, and ultimately I think it was a sense that I think all of agriculture can be a beautiful thing,” she said. “And it’s something you can give back to the world yourself by creating beauty in the world, and actually growing food that is feeding people and meeting someone's basic needs.”

In addition to the apprenticeship, extension training takes place at the farm, as well as work with different commodity associations. A beginning-farmer-training program for non-degree seeking students is also being developed for the future.

“For those students, they would come in specifically because they want to be in production agriculture and leave with a business plan that has been vetted; they leave with the hands-on experience and skills,” Williams said. “So, instead of four hours a week for the apprenticeship, they'd be working and learning 40 hours a week for maybe a year or more, and coming out of this certificate program with a broad but very deep experience in agriculture with the idea they're going to go into farming.”

He added that the main goal has been to create a model program at the farm to show Kentucky farmers what’s possible, while trying to train the next generation of producers through hands-on experiences.

The UK Horticulture Research Farm has certainly changed the perspective on agriculture for many of those who have gone through its programs, while bringing its research to farmers everywhere.