The Spring Season: What Effect Will Late Winter Storms Have on Kentucky Agriculture? - Kentucky Farm Bureau

The Spring Season: What Effect Will Late Winter Storms Have on Kentucky Agriculture? 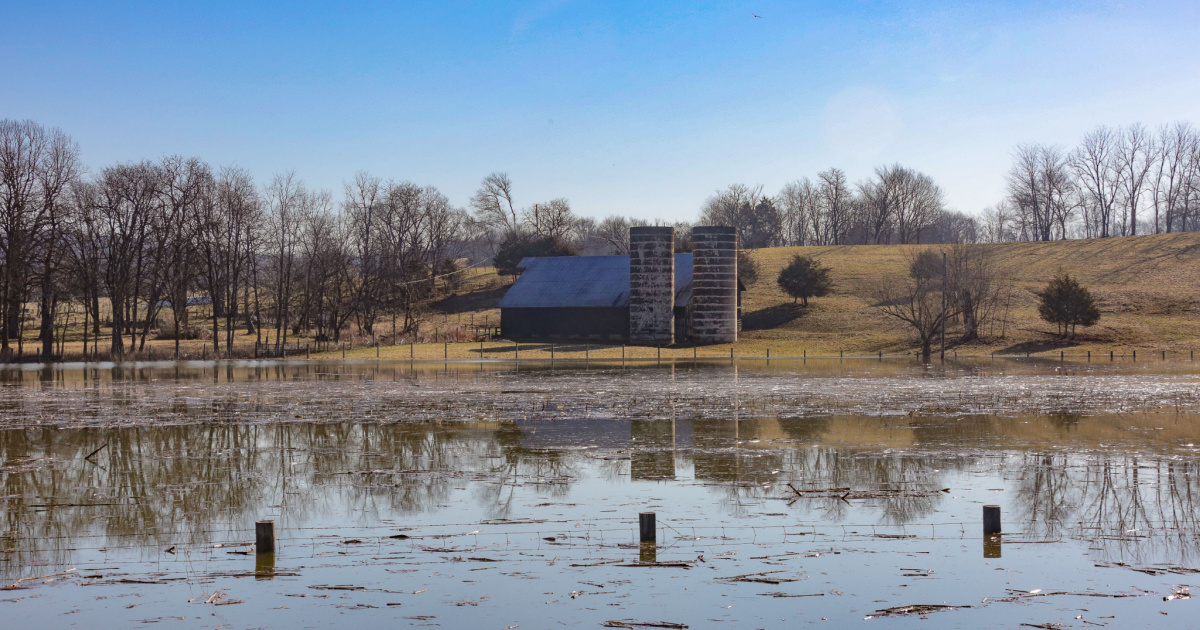 For those who have grown up in Kentucky, the weather can change quickly, and it often happens at the most inopportune times. That may well have been the case last February, as farm families anticipated spring planting on the heels of some of the worst winter weather, including historic flooding, seen here in several years. And it also came as many cattle producers had begun their spring calving season.

The big question now is, what will that mean as farmers look toward the season ahead?

Chad Lee, University of Kentucky (UK) College of Agriculture, Food, and Environment Extension Professor and Director of Grain and Forage Center of Excellence, said the aftermath of the weather events may have some effect on the field work that is done before spring planting.

“If we're applying fertilizer like potassium and phosphorus, it could affect that and if we're trying to apply lime to adjust pH levels, it can mess that up for us, as well,” he said. “But even with all those disruptions, at this point we're still on track to plant on time.”

But Lee adds that it isn’t the calendar so much that worries him especially about corn planting, but rather the conditions.

“And the conditions are paramount to getting a good corn crop established and getting high yields,” he said. “Depending on the year, it's more important to follow those conditions than it is the calendar.”

Last year’s weather conditions were nearly ideal helping farmers produce in record numbers. According to information from the USDA’s National Agricultural Statistics Service Kentucky Field Office, corn production in the state is estimated at 254 million bushels, up four percent from the previous year, representing a record high production and the first time corn production in the state has topped the 250 million bushel mark.

Soybean production for Kentucky in 2020 is estimated at 101 million bushels, up 30 percent from 2019, and the second largest crop on record.

As unidealistic as the winter weather was that caused so much destruction in February, the best-case scenario for this spring would be stretches of five to six days of sunny weather in the 60s, coupled with a day or two of a “nice, gentle rain,” Lee explained.

“If we had that five days of good working weather followed by a day or two of rain, that would be ideal,” he said.

While there is no way to stop weather conditions like the ones experienced this past winter, Lee said he thinks this kind of weather really emphasizes the need to have as much wheat for grain planted and as many cover crops as possible.

While crop planting still looks to be on schedule for the most part, some pastures may take a while to recover with reports of sand covering many areas, especially in eastern counties. That may cause issues for livestock producers over the long-term.

“We had a combination of freezing rain, snow, sleet, and ice, much of which stayed around for a long time. This impacted pastures, trees, and fences, but also created additional stress on cattle” he said. “Under conditions like that, cattle use more energy and consume more feed.  And, calf losses tend to be higher due to the harsh conditions.”

Just that weather event alone likely caused cattle losses to some producers. But then the rains came causing the floods and creating a whole new set of problems.

“With that second round of weather, some of the same issues were experienced and many producers lost fencing and a significant amount hay, so it was a brutal four or five weeks,” he said.

The long-term effects aren’t exactly clear at this point. Burdine said there are currently no definitive numbers on cattle losses, but damaged pastures will take some time to reach a point of normalcy.

“I think it's definitely going to take some time,” he said. “A lot of these losses are very significant. Fortunately, many in the industry have stepped up to provide assistance, but it takes a lot of time to recover from losses like this.”

Burdine added that it will certainly be weeks to overcome the immediate impacts, but with some of the longer-term effects on things such as fencing, buildings, infrastructure, and hay supply, “Frankly, we're probably talking months or even longer,” he said.