The Need for a Solid Rural Infrastructure - Kentucky Farm Bureau

The Need for a Solid Rural Infrastructure


There’s more to it than just a good road

It’s not hard to find different types of infrastructure if you take a moment to look around. There are the obvious and easily recognized examples, such as roads, bridges, railways, waterways, airways, and electrical grids. Though seldom seen, sewer lines, underground utilities, and water lines are also crucial components of healthy systems. But in this time of advanced technology, the telecommunications component of the overall infrastructure picture becomes just as necessary as the roads on which we drive. 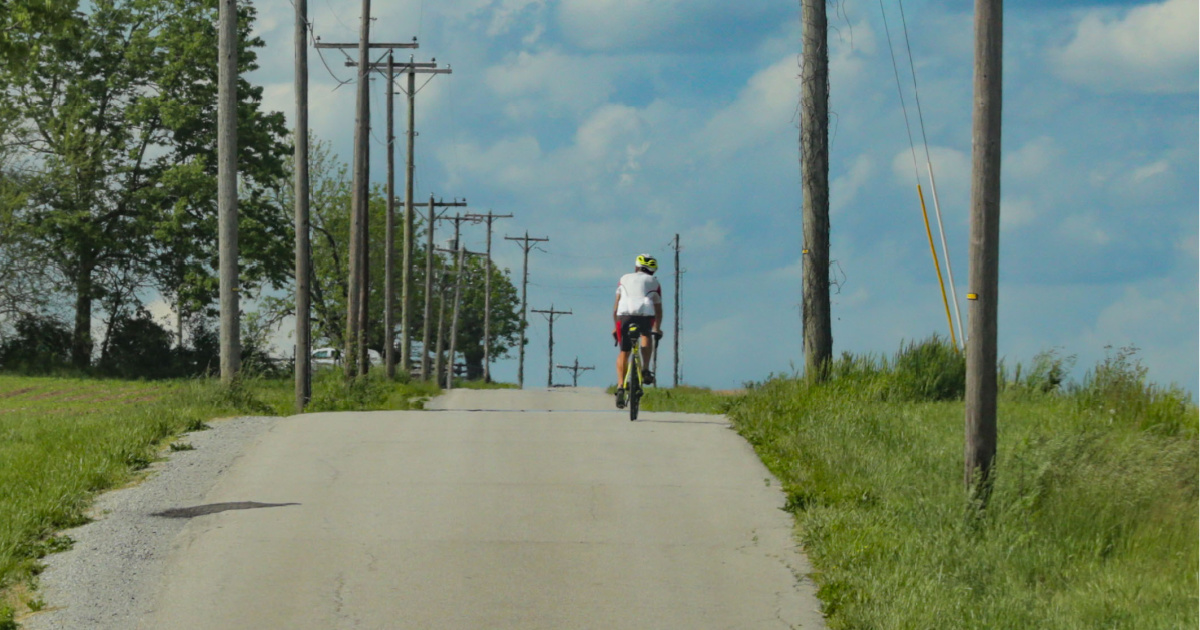 Nowhere is the need for a solid infrastructure system more evident than in rural areas of the country and this state, said Kentucky Farm Bureau President Mark Haney.

“If you compare our state or the country to a human body, the critical infrastructure system is much like the network of blood vessels in our bodies which keeps us alive,” he said. “We have to have a solid system to get our agricultural goods to consumers. They are depending on it.”

Haney emphasized that while maintaining a strong rural infrastructure allows farmers to get their products into the hands of customers, there are many more advantages of having a healthy system in place.

“This issue is equally important to rural development efforts as we work to support local businesses and the communities in which they reside,” he said. “As rural economies thrive, so does the overall economy.”

Gerry Hayden, a farmer from Calhoun, Ky., sees the need for a strong rural infrastructure every time he sends crops from his farm to surrounding grain elevators.

“You cannot put a value on the importance of our rural infrastructure because it is ever so important for us to get our crop to the market,” he said. “We currently have a bridge out on the main road between our community and Owensboro. With all the grain we have ready to go to the elevator there, we will have to travel an addition 1,500 miles in the 75 trips it will take to move our corn and soybeans.”

That adds a huge fuel cost increase to Hayden’s operation. And with the volatility in grain prices, any added production costs could have a substantial impact on profitability.

American Farm Bureau Federation Chief Economist John Newton said the margin between profit and loss is so thin these days that any disruptions which increase costs on the farm could be the difference in making or losing money.

“With commodity price variability and uncertainty increasing for the new crop due to trade headwinds and COVID-19 demand uncertainty, managing costs and effective marketing are critical to farm profitability,” he said. “Farms cannot afford to absorb higher and unexpected costs associated with a poor and aging infrastructure.”

Looking at infrastructure in a different way

Hayden has seen and addressed the problems facing adequate rural infrastructure needs as a board member of the American Soybean Association (ASA) where he has served as chair on the ASA Transportation and Infrastructure Advocacy Team and the Soybean Transportation Coalition.

He said the importance of a solid infrastructure goes beyond good roads, strong bridges, and access to rail and waterways.

“We operate in a global economy today, more so than when much of our existing infrastructure was built,” he said. “Our system of locks and dams on our waterways is a prime example. Most were built to last for 50 years, but some are as old as 85 years. And with about 60 percent of our grains being produced in the country sent to ports in New Orleans and bound for destinations all over the world, our waterways are extremely important because we depend so much on the export markets.”

Hayden added to that point, noting the need to keep all areas of the nation’s infrastructure in good working order.

“Our neighbors in South American are big agricultural producers, and they’re investing heavily in their infrastructure needs,” he said. “Our system currently is superior to theirs, and that has kept us number one agriculturally. If we don't get on board from an infrastructure perspective, these countries could take over first place, and we’ll be sitting here with broken bridges and roads, and waterways that are shut down.”

The talk of adequate broadband service, as an infrastructure need, has perhaps never been louder since COVID-19 caused so many people, including millions of students, to work from home or remotely.

Farm families, however, were already familiar with the need for broadband from an operational standpoint.

“With the right equipment, I can do the job it once took several people to do, which is good for my bottom line,” he said. “But this equipment depends on connectivity, and some rural areas just don’t have what it takes to allow farmers do the job efficiently and operate their equipment at its optimum level.”

Henning emphasized how critical it is for young farmers to have good broadband; just as critical as any other infrastructure need.

“My generation has grown up in the midst of advanced technology, and we fully understand its value to our jobs on and off the farm,” he said. “If we are going to keep this newer generation, and generations to come on the farm, we have to add sound broadband service to the long list of infrastructure needs. The information highway is just as important to us as the asphalt highway.”

Breaking down the numbers, the report when on to explain that, “Thirteen percent of U.S. rural roads are rated in poor condition, while 21 percent are in mediocre condition. Sixteen percent of the nation’s rural roads are in fair condition and the remaining 50 percent are in good condition. Eight percent of the nation’s rural bridges are rated in poor/structurally deficient condition, meaning there is significant deterioration to the major components of the bridge.”

American Farm Bureau Federation President Zippy Duvall said farmers and ranchers depend on rural roads, highways, and bridges to move their products to market, as does the integrity of our nation’s food supply chain.

“Unfortunately, due primarily to lack of investment over several decades, America’s infrastructure is in a dire state of rapid deterioration, and recent events show even more the importance of guaranteeing that food arrives where it needs to be,” he said.

“Investment in rural infrastructure going forward is paramount to ensure farmers and ranchers can continue to reliably supply the safe and wholesome food Americans need into the future.”

Not just an agriculture issue

While the rural areas in Kentucky and across the country are often associated with farmland, many non-farm activities take place there. New tourism ventures have been popping up across the state, and an increasing number of people have migrated to these rural areas over the past several years.

According to information from the USDA, “In 2016-17, the rural population increased by 0.1 percent, adding 33,000 people. This small overall increase continues an upturn in rural population since 2011-12, which stems from increasing rates of net migration from urban (metro) areas. Since 2011, fewer people have been moving out of rural areas and more people have been moving in.”

Shoring up rural roads, bridges, waterways, and other infrastructure needs goes beyond ag concerns for many different reasons.

Harrison County Judge Executive and KFB State Director Alex Barnett said his area of the state is mostly rural in nature, so a solid infrastructure system is critical to all citizens there.

“The need for safe roads and bridges has always been an issue, and as people move to rural areas, they expect all the conveniences of town living,” he said. “Folks anticipate wide, straight roads on which they can drive, not knowing that many of these roadways began as no more than narrow and curvy cow paths. Improving rural infrastructure is vital to the future of these communities.”

Barnett also pointed out the need for improved broadband connectivity as part of the overall infrastructure picture.

“Due to the COVID-19 pandemic, the need for reliable and fast internet has become a primary interest to all citizens,” he said. “Adequate broadband service is one of the top priorities when a person or industry is looking to relocate to our county or any other. And as schools require more learning from home and businesses are asking employees to work from home, the need has increased tremendously and must be included whenever we discuss infrastructure.”