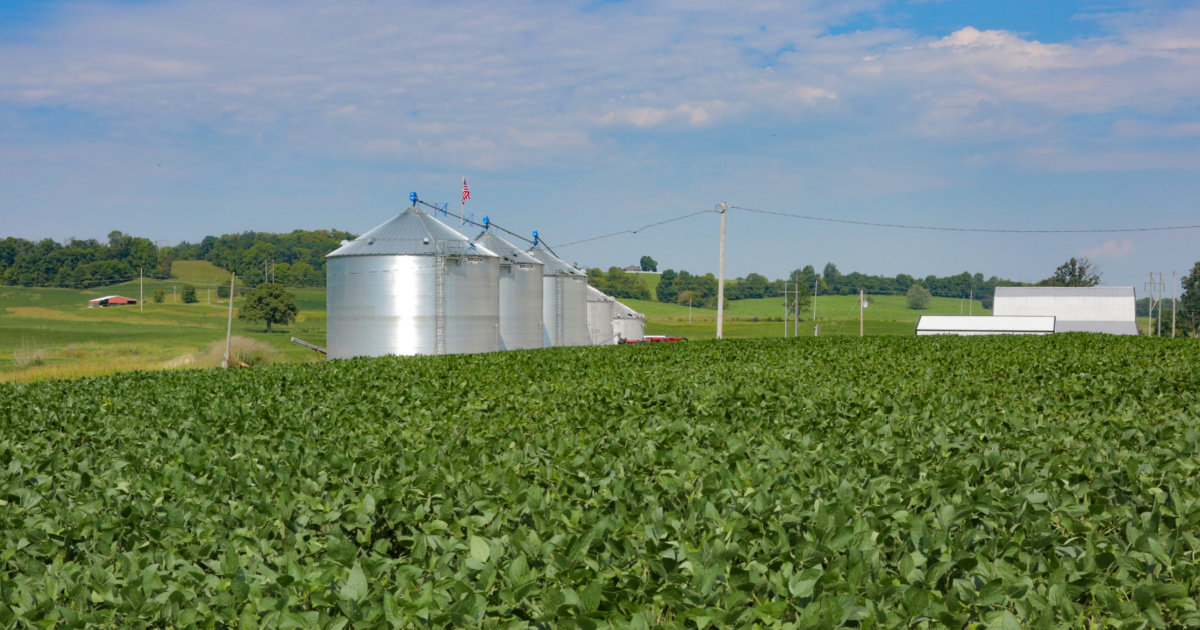 A wet spring had state producers racing to get caught up as a new growing season gets the green flag.

It certainly wasn’t the best weather to get the growing season off to a stellar start, but patient producers have weathered these situations before and are once again looking for a good crop year and praying for a great one.

The most recent USDA National Agricultural Statistics Service (NASS) information is predicting a possible record for soybean planting throughout the soybean-producing states. Kentucky producers are expected to plant a total of two million soybean acres, up 150,000 acres from 2021.

Kentucky’s corn crop is off to a slower than preferred start due to wet conditions that have been persistent throughout the spring season. The latest NASS crop progress and condition report denoted corn planting this year was behind last year’s crop by 18 percent and 10 percent behind the five-year average.

But producers are taking advantage of every drier spell they can with intentions of planting 1.55 million acres of corn this year, a number that is unchanged from the 2021 crop, according to the NASS.

With this year’s anticipated soybean crop contending for the lead during the early growing season, growers here are anxiously awaiting improved weather conditions to get started.

Caleb Ragland, a producer and American Soybean Association (ASA) board member from LaRue County said, the current economic situation including high soybean prices, is one thing that is spurring the planting intention numbers.

“I think there will be a lot of acres in Kentucky, in central Kentucky in particular, that will be bean-on-bean acres, just due to the pure economics of things,” he said. “I understand why people are making the switch on some acres; just the extremely high fertilizer prices and folks are probably trying to cut some expenses. And if you can sell $15 new crop soybeans and produce that soybean crop for a lot less than an acre of corn, I don't blame people for moving in that direction at all.”

Ragland, who also serves on the ASA executive committee, noted that there are a lot of factors going into this year’s planting intentions, and the bottom line is, that things look pretty exciting on the price side for all commodities.

“However, things look really terrible on the input side for all commodities, so each farmer is going to have to make their own individual choices on what's best for their business,” he said. “But I can sure appreciate why acres are switching. Demand is strong for soybeans.”

Another huge factor in making these decisions comes with figuring in transportation costs.

“One thing that's somewhat unique to Kentucky compared to some of the larger producing states is that many of those producers have terminals and delivery points right in their back door,” Ragland said.  “Whereas, I have to haul my soybeans a hundred miles to Owensboro which is the normal direction from my part of the world. If you go east of me, some producers go 200 miles to get to Owensboro so, the transportation costs are a big deal. If we were talking about corn, we'd have three or four times as many bushels to haul and it becomes a logistical nightmare, as well as becoming a large expense.”

Gerry Hayden, a producer from McLean County, also serves on the ASA board. He said Kentucky has gained a lot of ground over the past two decades when it comes to grain production, something that is beneficial to farm families and the ones they feed.

“A big help in getting to where we are with grain production was the tobacco settlement dollars that have been reinvested in agriculture,” he said. “That money has helped all of us have some money to do what we wanted to do. But it’s not always easy. You have to bear down because we are chasing production cost.”

While corn and soybean prices continue to rise, Hayden is like all farmers in trying to navigate those higher input costs, but there is more to producing a crop than just dollars and cents.

“We're chasing every other kind of regulation you can imagine and that's where Farm Bureau is American Soybean Association are important,” he said. “They are our eyes and ears and protect us from what can happen at the government level. So, having those organizations to keep an eye on issues and to have our backs, that's important to make sure that we can provide all the food our nation and the world needs.”

And at the end of the day, Hayden said producing that food is what really matters.

“While we want to be compensated for the work we do as farm families, first and foremost, we want to feed the world and that's a Christian thing to do, to feed our neighbors,” he said. “One thing I am so proud of in serving on the ASA board is an arm of the organization called the World Initiative for Soybean and Human Health which works with the developing markets and teaching people in under-developing nations how to feed themselves. That's where a farmer shines. We're spending our time growing food for those who don’t, and those who can’t.”

Fred Sipes of Meade County is the newest of Kentucky’s three representatives on the ASA board. He said having that kind of representation with a national organization is beneficial to producers at all levels in the Commonwealth.

“We are fortunate to have so many people from this state involved in agricultural organizations at both the state and national levels,” he said. “That gives Kentucky producers a voice on issues that are affecting all farmers and a seat at the table when ag-related policy is discussed and implemented. Just to have the opportunity to speak face-to-face with our Congressional leaders means a lot and allows us to bring farm issues from home directly to those lawmakers.”

In addition to his row crops and cattle operation, Sipes still raises tobacco and said that even though there are fewer and fewer tobacco producers in this state, it still serves as an important crop allowing Kentucky to remain one of the top producing tobacco states in the country. But he sees the big advances in grain crops over the years.

“Tobacco was the king crop for so long and how many times did we see it pay for vehicles, and taxes, and educations in Kentucky,” Sipes said. “Now, you're seeing that more so with the row crops, as farmers have adjusted acres over the years. Soybeans are a huge part of Kentucky agriculture, for sure.”

According to information from the University of Kentucky College of Agriculture, Food, and Environment, the 2021 estimates showed corn and soybeans representing 36 percent of the $6.75 billion for all state farm cash receipts as compared to nearly 14 percent in 2001, as noted by information from the NASS.