Stress on the Farm from a Community Perspective - Kentucky Farm Bureau

Stress on the Farm from a Community Perspective

While only about two percent of the U.S. population is involved in farming, for rural states like Kentucky, when farm income is down, those agriculture communities feel the impact, as well as affecting more than just that two percent.

As farm families continue to face a tough ag economy and high stress levels, their rural community neighbors are facing these issues with them.

Dr. Will Snell, an agricultural economist with the University of Kentucky (UK) College of Agriculture, Food and Environment said the impact is being felt but will vary from place to place. 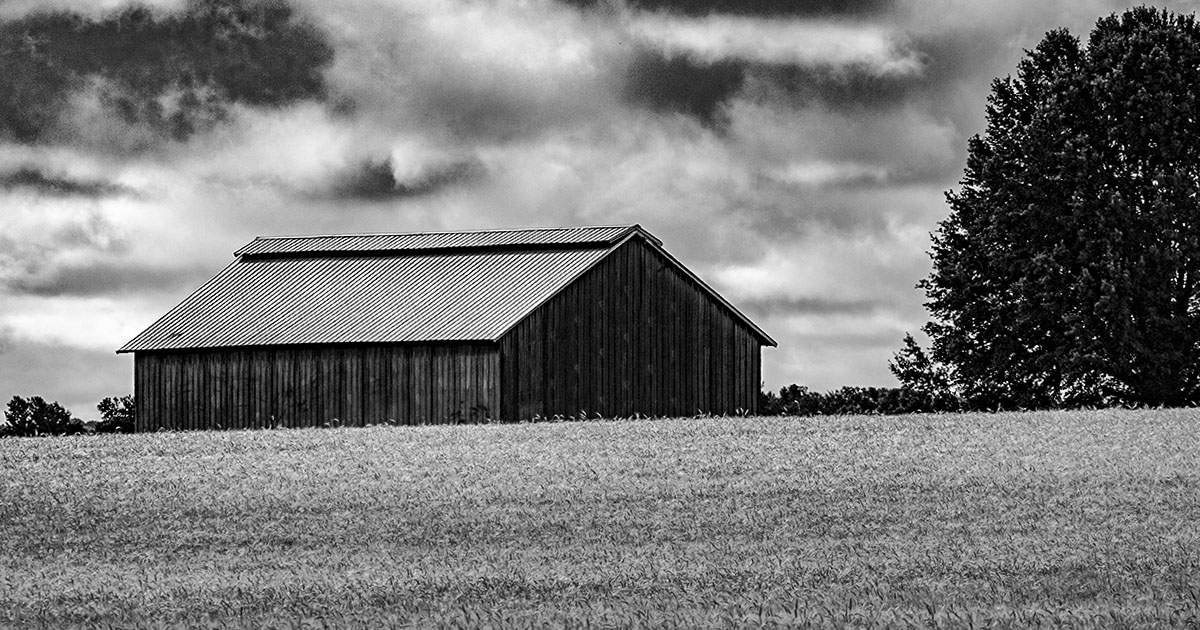 “Obviously with many of our farmers experiencing a 30 to 50 percent reduction in net farm income over the past five years, local economies will experience a definite impact, but of course it varies from main street to main street,” he said. “While lower farm incomes impact farm equipment and infrastructure investment, it also affects non-ag farm spending on both goods and services.”

Research indicates that every dollar of ag income in the local economy generates about 50 cents of additional income through indirect and induced effects, with spillover effects on other related sectors within those local economies.

It stands to reason that when economic or other stress-related issues are being felt on the farm, the local communities are feeling the same, but recognizing those issues may not always be the case.

Dr. Deborah Reed, a professor at the UK College of Nursing, and a long-time rural healthcare professional, has seen the stress situation affecting farmers and the communities in which they live. She said that often non-farming people in these smaller communities don’t realize a stress issue even exists on the farm.

“Historically, we have seen rural communities as being so tight-knit, with everybody supporting each other,” she said. “I think that used to be true in the slower times of life. But, now that we have such a fast-paced world, we have, in rural communities, something very similar to what is found in urban areas called ‘Garage Door Syndrome.’ You come home and put your car in the garage and close the door.”

But farmers are often reluctant to share some of their more personal issues with friends and neighbors anyway, adding to that unawareness.

“Farmers are still viewed as stoic individuals who can do anything on their own. And they try to keep up that front and show no weakness or cracks in their armor,” said Reed. “And if they do show those cracks, they often fear that the public will have another way to attack them.”

Reed noted that farmers often feel persecuted by a non-informed public, adding to an already high stress level and fortifying that need to always appear strong regardless of what their emotional issues may be.

One way she has found that helps farm families release some of the stress and take a harder look at safety and health issues, is through conducting local farm theaters which are based on 25 years of research with farm families across America.

Reed said farmers wanted these plays to be stories they could relate to, based on the reality of farming and situations found in their own communities.

“The plays are really three short skits that last about 15 minutes and the actors, which are the local farmers or family members of that particular community, read their scripts based on some of the stories told by these local farmers. Some of the farm couples even refer to these events as ‘date nights.’”

Reed added that this concept of telling the farmers’ stories through these plays has gained national, and even international attention.

“This idea is based on listening to their stories, learning what their challenges are and having to figure out a way where we could promote health, safety and well-being of that farm family in a way that is acceptable and affordable to the community,” she said.

Events such as the ones centered around the farm theaters often bring community members together in an effort to bring awareness to health and safety issues on the farm. But, more and more rural towns and cities are hosting much larger events to showcase the value of their local farms especially when it comes to the food they produce.

Seven years ago, LaRue County Farm Bureau saw a need to help educate their rural community about its farming industry. Out of that concern came an event known as “AGStravaganva.”

Local farmer Ryan Bivens has been involved in the event since its inception. He said the event has changed over the years, but the message is still the same.

“The first few years we offered actual farm tours and always had a finale event at the end of the day,” he said. “Then, four years ago, we decided to change it up and simply do a nice sit-down dinner on the square in downtown Hodgenville and only use LaRue County raised food.”

Bivens noted that in making the change, organizers wanted something that would be very elegant and impressive with a decor much like what you would see in a fine dining establishment.

The idea has taken off to the point that attendance has doubled since its beginning. The most recent AGStravaganza brought nearly 500 people to the table to enjoy the homegrown goodness local farms had produced.

“I think this event, along with several other things we do in our community to promote agriculture, has certainly shined a light on the awareness to many individuals about just how important farming is to a rural economy,” said Bivens. “As a farmer I feel much more respected by my fellow citizens, whether it be when I’m moving a piece of machinery down the road, or simply the fact that farming is associated as a business in our community by community leaders where that has not always been the case.”

Bivens pointed out misconceptions non-farmers often have about farm families in what they do and how they do it. But events such as the one held in Hodgenville every year helps to bridge that gap.

“This event is one that everyone in our community recognizes and knows about, allowing us to have a door opened to the non-farm folks so that we can have the serious discussions about things like this down-turned farm economy and suicide rates among farmers, right now,” he said.

Bivens added that, as a farmer, he is “one of the world’s worst” to share his feelings about how tough times are on the farm. But, because of events like the AGStravaganza, the misconceptions people have about farmers being rich because of their big, shiny pieces of equipment or perhaps because of all the land they own or tend, have been put to rest.

There are many communities now hosting events similar to the one in Larue County and, as has been the case there, community members are learning more and more about their farming neighbors.

“These types of events can bring members of the community together to get to know their farmers a little better and it really helps uplift the whole community,” said Reed. “A good relationship between farm and non-farm members of a community is incredibly important. Because of the synergy and the positiveness that comes out of a neighbor helping a neighbor.”

Reed added that she believes people are beginning to realize that our communities are the backbone of the American dream and no one can do everything by themselves.

“But, if we couple together with our neighbors, we can do so much more. Just by the larger community understanding what the farmer does I think it causes us to be more kind to each other, and kindness can go a long way in helping farm families feel wanted, needed, and valued.”