For some time, agriculturalists, most horse owners and many equine organizations have looked to Frankfort lawmakers to pass legislation that would designate horses as livestock. Kentucky Farm Bureau has policy concerning the issue which states, “We recommend recognizing equine as livestock and the horse industry as an agricultural commodity to remove the disadvantage that currently exists in relation to other livestock.” 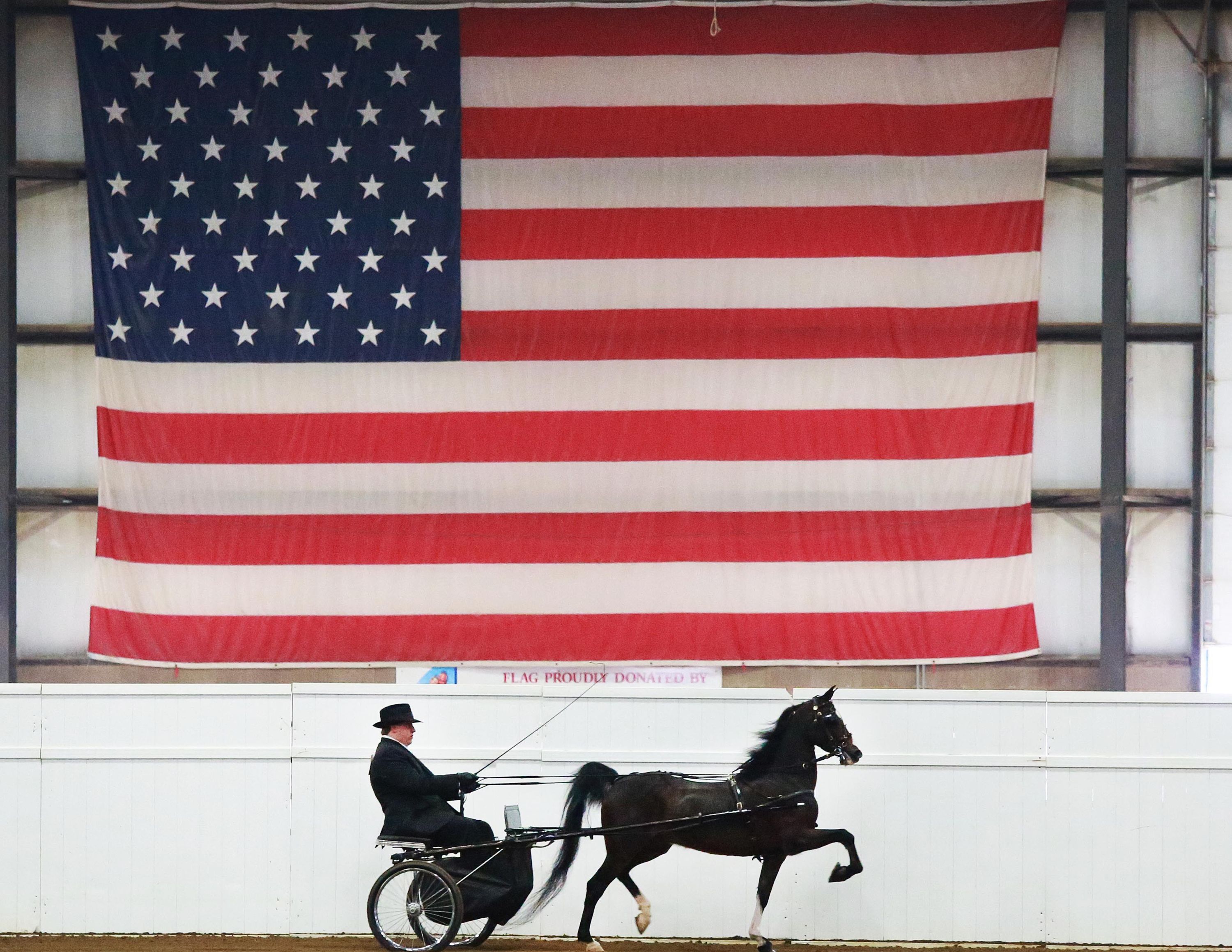 State Senator Robin Webb introduced legislation during the 2017 General Assembly Session which did just that. Senate Bill 139 amends various Kentucky Revised Statutes (KRS) to include equine in the definition of livestock. This bill passed the Senate 38-0 and the House 97-0 and was recently signed by the Governor making it law.

And while the legislation would not amend any statute pertaining to sales and use tax, it is a welcome step toward giving equine owners some of the rights and protections other livestock owners have enjoyed for years.

Webb said, as a horse owner herself, a better understanding of the equine industry is important in recognizing the value of this bill.

“In the last few decades we’ve seen movements to try and re-classify animals, say for instance from livestock to companion animals which would invoke a whole new set of rules as to that particular species and that’s why this bill is important,” she said. “This does not present that big of a shift in designation, it’s just a clarification and consistent treatment throughout our statutes that deal with livestock.”

Historically, horses have been used as service animals in many different industries including farming and recreation.

Webb said utilization of some animals is under attack by such organizations as PETA and the Humane Society of the United States.

“I think it is imperative we protect those animals so they can exist and have a job and do what the Lord intended,” she said. “We are a couple of generations from the farm and I think the educational aspect of historical utilizations has been lost to those generations who are these organizations’ targets.”

Webb said she wants every horse to be loved just as her horses are but they are not companion animals which would subject them to a whole different set of welfare and taxation laws and could prevent them from certain types of activities.

Webb also pointed out that her colleagues in the General Assembly understood this bill and its significance to the industry.

“They know it’s important to the state’s bottom line to protect equine across the board with the current pursuits, for future generations,” she said.

Some animal rights organizations tried to interject outcomes of the bill that were not accurate, Webb pointed out.

“What we heard, wrongfully, was this (law) would enable the consumption of horse meat or somehow enhance slaughter and this bill had nothing to do with that,” she said. “We had to combat that misinformation and we have all had to deal with that in the different agricultural sectors.”

This bill could pave the way for tax incentives enjoyed by other livestock sectors if and when the topic of tax reform comes up.

“There were about three or four provisions that are related to taxation issues that weren’t addressed in this bill. It just wasn’t timely but we feel like perhaps it does enhance the issue and certainly if and when we move forward on tax reform, we would want to put that potentiality on the table, as well,” said Webb.

Frank Penn, a thoroughbred farm owner and member of the KFB Equine Advisory Committee said no one can dispute the love horse owners have for their animals, but re-classifying horses from being companion animals to livestock is a “big deal.”

“I’ve been working with animals all of my life and horses for 40 years and it always bothered me that equine was not considered livestock. We were classified as companion animals and that is just not what we should have been classified as,” he said. “With the passage of this bill, it gives us the standard that we need to have. To get that designation means a lot because now we’re in the same category going forward as the rest of the forage-eating animals and that’s a big deal.”

Penn added that because of the passage of the bill, when tax modernization legislation moves forward it puts the equine industry in a good position to gain some of the tax incentives other livestock and commodity groups enjoy.

“It is vital to many local economies to keep our horse farms sustainable no matter the breed and to keep other farming operations that have horses in business. The passage of SB 139 is a step in the right directions to help make this happen,” he said.

Barnett pointed out that horses have long been a part of many farms across the state and it was time for this legislation to be passed.

“Many horse owners have been waiting for passage of such a statute for some time to give them the protection and benefits other livestock producers enjoy,” he said. “KFB has supported it and we look forward to the continued strength our equine industry brings to our economy.”

Webb said she is happy with the support her fellow lawmakers showed during passage of the bill and feels confident this will do nothing but better the state’s equine industry.