LOUISVILLE, Ky. (July 29, 2016) – For the first time in over a year, food prices in the Commonwealth have increased, according to the latest Kentucky Farm Bureau Marketbasket Survey, albeit a very slight increase for the second quarter of the year. 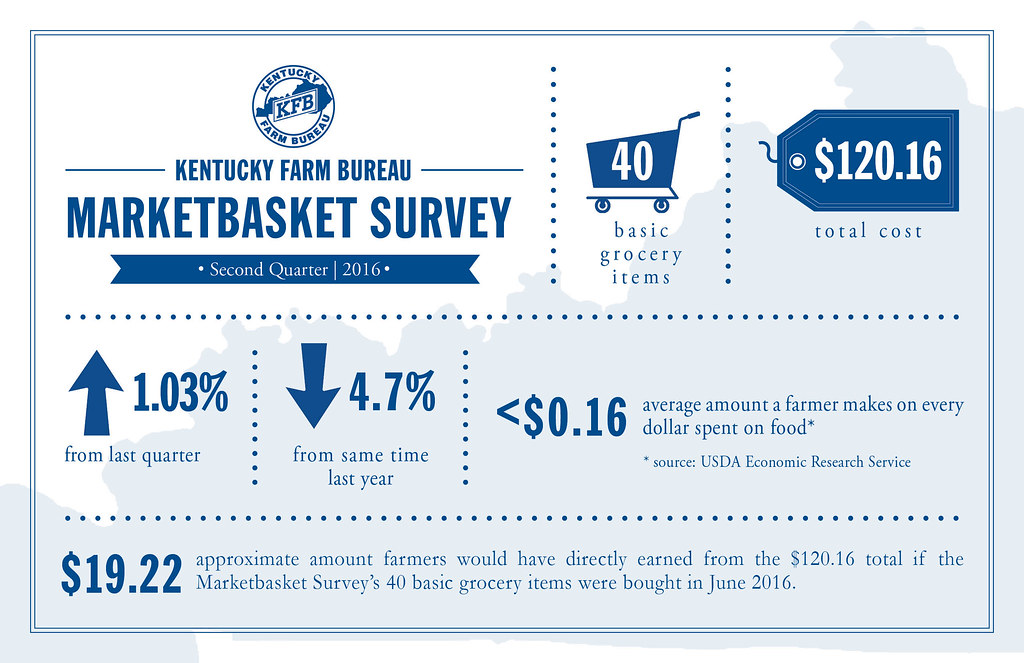 The survey, taken quarterly and denotes the average total cost of 40 basic grocery items showed an increase of 1.03 percent. This is the first increase in food prices since the fourth quarter of 2014.

The largest individual category increases came by way of dairy which rose in price by 5.4 percent followed by beef with a 2 percent jump.

The largest decrease, category wise, was attributed to poultry which fell by 3.2 percent followed by fruits and vegetables which experienced a nearly 1.5 percent drop.

According to information from the Bureau of Labor Statistics, “The food at home index has declined 1.3 percent over the past year, its largest 12-month decline since February 2010. Four of the six major grocery store food group indexes have decreased over the period.”