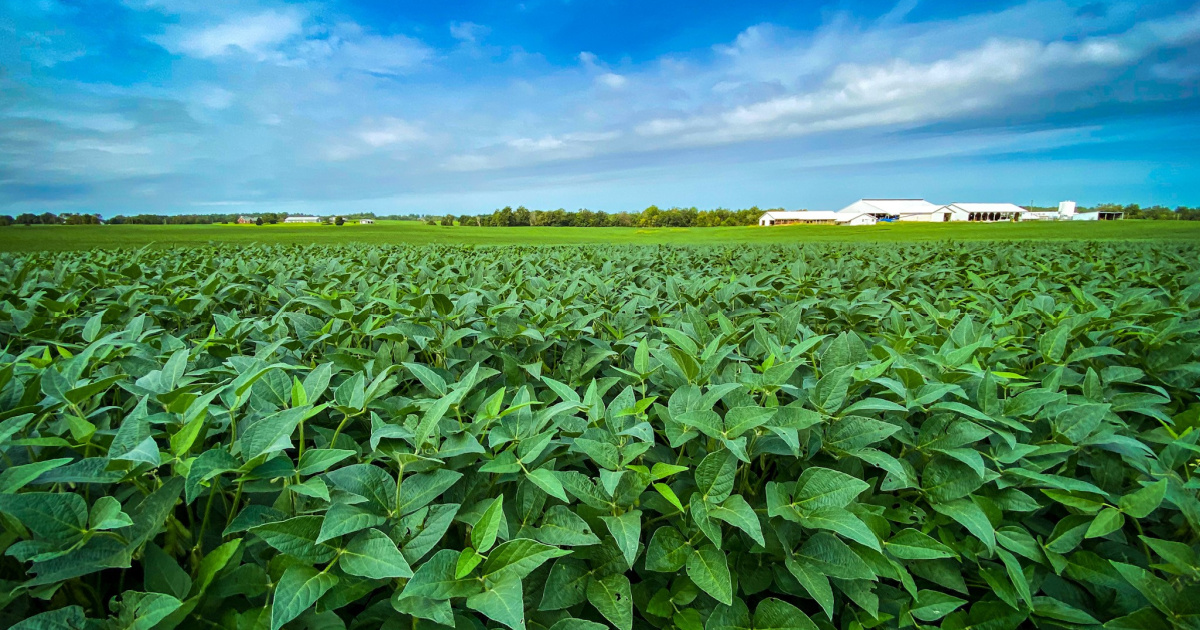 Adequate rains helped boost production throughout most of the state

In a year that was anything but normal for most people and industries, farm families stayed on the job and, with some help from Mother Nature, finished the season in record territory for corn and soybean production.

Chad Lee, University of Kentucky (UK) College of Agriculture, Food, and Environment Extension Professor and Director of Grain and Forage Center of Excellence, said the state had very good and timely rainfall, especially at the most critical points in time, which is typically July and August.

“If you're just looking statewide, we had phenomenal rainfall across the state, and farmers were able to maximize and capitalize on that,” he said. “Farmers were also able to plant pretty timely, they got good stands early on, and they were able to control weeds and protect against diseases and insects. You don't get good yields unless you get good planting and good harvesting. So, all of those working together are part of that equation.”

Lee also mentioned the increased presence of on-farm storage as being one more component in that equation, assisting with such incredible yields and total overall production.

“Logistically, that on-farm storage capability allows producers to get the grain out of the field in a very timely fashion, enabling them to dry that grain and store it at good quality,” he said.  “And so, they're capturing better yields through that process.”

One thing Lee mentioned as being another contributing factor for these outstanding crop yields is no-till production methods utilized by most producers.

“I do believe that's part of why we see these yields where they are,” he said. “These soils would be extremely difficult to manage with the rainfall we've been getting, especially in the spring and the fall, if we had been doing (conventional) tillage.”

Lee noted that grain producers understand the soils they have and the measures needed to keep crop yields at optimum levels.

“By and large, our growers recognize the soils that they operate with, they recognize the challenges of those soils, and they recognize that they've got to have those soils in really good condition and structure if they're going to get excellent yields,” Lee said. “I think our farmers are keenly aware that they've got to be really good stewards of the soil. I think any concerns over environmental quality are very legitimate concerns, and I think what we've demonstrated here is that we can be a good steward of the environment and we can produce high yields. Those two things can go together. Probably even more important is we've got to continue that effort, if we want to keep higher risk land out of agricultural production.”

With education being a key component to continued success on the farm, Kentucky farmers have the advantage of being located in a state with a comprehensive network of extension professionals to help with crop questions and bring information directly to the farm. They also are repeating the rewards of the research conducted at the Grain and Forage Center of Excellence located at the UK Research and Education Center in Princeton.

Lee said staying educated is very important for farmers, and in the digital world, information can be found everywhere. But it comes with a caveat.

“Yes, there's a lot of information out there, which is a double-edged sword,” he said. “The challenge is finding the best information for their operations in our climate. Certainly. I think it's good for the growers to hear people from other regions talk about how they grow crops, but I think it's equally important that they stay focused on the fundamentals, which is what extension is going to teach, and they stay focused on local agronomists who are familiar with our climate, with our soils, and with our management system.”

As farm families look forward to another growing season, Lee said they have a lot going for them when it comes to planting right, tending well, and harvesting big.