The history of dark tobacco production in West Kentucky goes back generations when tobacco in the ground was the same as money in the bank. Today, the Commonwealth still leads the nation in the production of dark and burley tobacco with an estimated combined worth of more than $300 million. 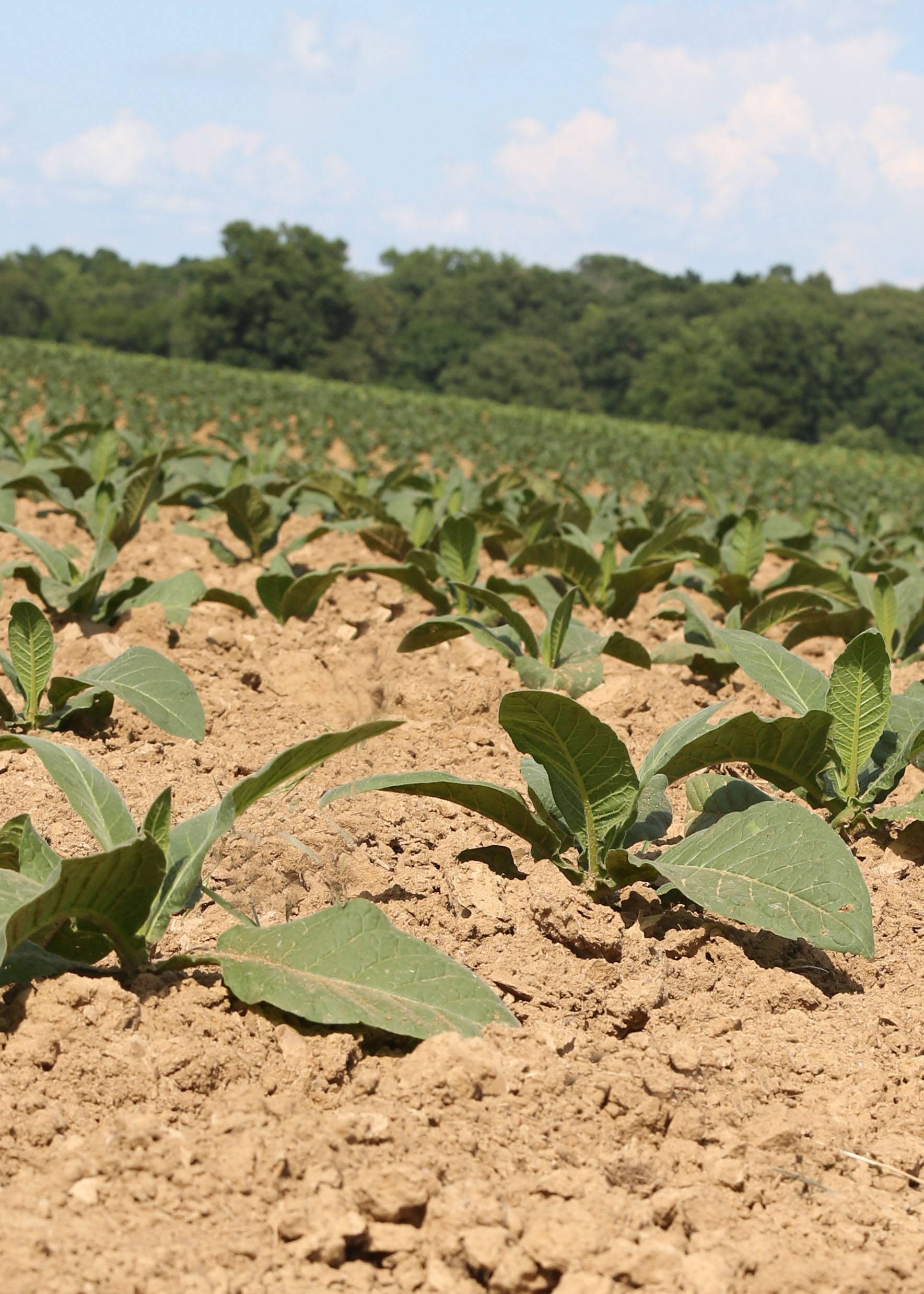 Even as the number of tobacco farms in the state has decreased, the crop is still a main bread provider for many farm families and a tradition set into place more than 200 years ago.

With that said, a suggested standard change set forth by the Food and Drug Administration that would set new N-nitrosonornicotine (NNN) levels in finished smokeless tobacco products has many dark tobacco producers, in particular dark fire-cured tobacco producers, worried about the future of their crop.

Fire curing is a method by which hardwoods are fired at a low smolder in the barn for several days or weeks. Dark tobacco is primarily used in smokeless tobacco products including moist snuff, snus, dry snuff, chewing tobacco and some dissolvable products.

The proposed rule would require that the mean level of NNN in any batch of finished smokeless tobacco products not exceed 1.0 microgram per gram (µg/g) of tobacco (on a dry weight basis) at any time through the product's labeled expiration date as determined by specified product testing.

The FDA, which is the oversight agency for tobacco products, says establishing a NNN limit in finished smokeless tobacco products is appropriate for the protection of the public health.

Producers say, the limits suggested by the FDA are unrealistic and unachievable. Naturally occurring NNN in leaf as well as cultural and curing practices all contribute to NNN levels, which can increase during the storage and processing of leaf, and even while finished products are on retail shelves waiting to be sold.

Tremendous advances have been made to reduce NNN levels resulting from cultural and curing practices, and research is ongoing to develop varieties that will naturally produce lower NNN levels in finished leaf. In fact, Extensive research has been conducted over the past two decades to help lower these levels. However, getting to the FDA’s suggested mark has not been obtainable in these research efforts, so far.

The comment period on this proposed regulation is coming to an end July 10. Kentucky Agriculture Commissioner Ryan Quarles is urging growers and stakeholders to send their comments in the matter.

“This proposed rule would have a devastating economic impact on dark tobacco growers and businesses in Kentucky,” he said. “If enacted, it would have the effect of banning the sale of smokeless tobacco in the United States. I urge anyone who has an interest to send your comments to Washington and let your voice be heard.”

Quarles send a letter to Health and Human Services Secretary Tom Price earlier this year, asking the FDA to withdraw the proposal. In his letter, Quarles said that the agency did not accurately estimate the economic impact of the proposed rule and did not propose a standard that was “technically achievable” as required by the Family Smoking Prevention and Tobacco Control Act.

Scott and Shea Lowe raise dark, fire-cured tobacco as the number-one cash crop on their Calloway County farm. Both agree that if this standard change is allowed to take effect, it could have a devastating effect on their operation and the industry as a whole.

“Right now this recommendation from the FDA is impossible to be reached by dark tobacco farmers. We are not against a set level of reason, but this proposal would make it almost impossible to produce a product,” said Scott Lowe.

He added that he has a hard time accepting the fact that there are crops once deemed illegal that have become legal in other parts of the country, while dark tobacco producers are dealing with multiple regulations proposed by those not in the industry or in those fields.
“If this proposal doesn't change, it will be a drastic hit to our industry,” said Lowe. “Companies will be forced to have to change blends and ultimately force farmers to change our traditional practices of growing dark fired tobacco.”

Dr. Andy Bailey, a University of Kentucky/University of Tennessee Dark Tobacco Extension Specialist agrees that the proposal as it stands would have a negative impact on the dark tobacco industry.

“The proposed FDA regulation limiting NNN level to one PPM in finished smokeless tobacco products would have a detrimental impact on dark tobacco production in Kentucky, particularly dark fire-cured tobacco that is the primary ingredient in U.S. moist snuff,” he said. “NNN is one of the tobacco-specific nitrosamines that is known to be carcinogenic. We have made tremendous strides over the past 20 years in reducing NNN levels in dark-fired tobacco through research with agronomic practices and curing methods.  Currently, our average NNN levels are not that far above the FDA proposed limit in most years, but we are just not quite there yet.”

Bailey added that a major variable that has a tremendous impact on NNN levels is the weather experienced here late in the growing season, and particularly during the curing season in the fall.

Commissioner Quarles suggested that stakeholders be brought together to create a new standard that is realistic and achievable and would not create a devastating economic impact.