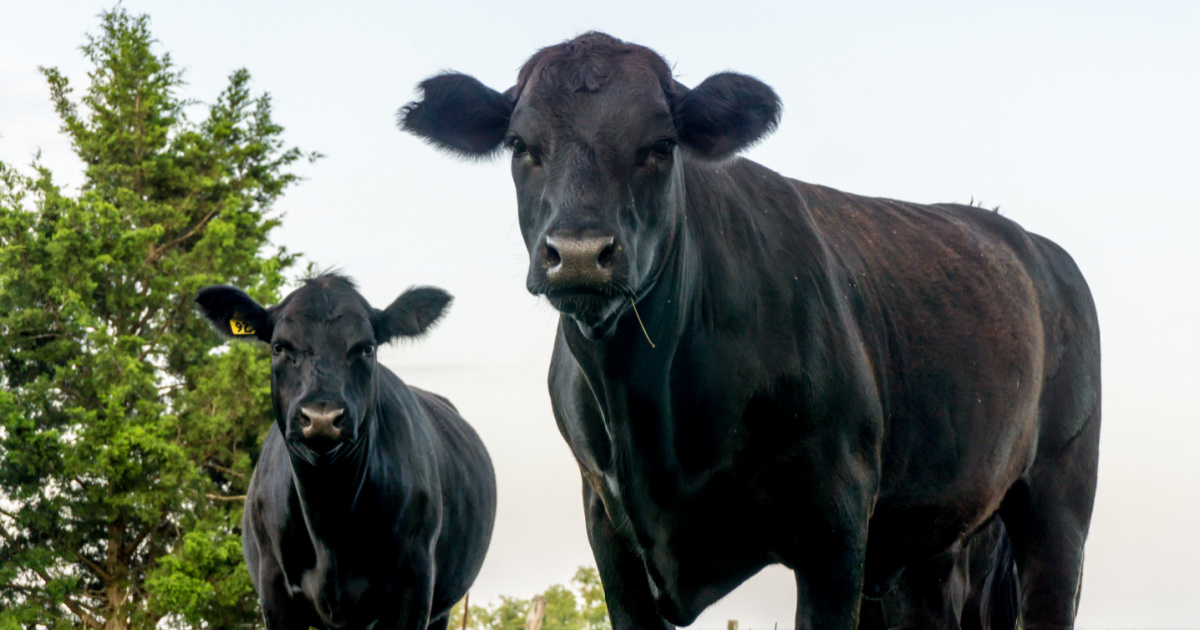 In a market environment that is often confusing, state producers are still finding their way forward even when the waters are rough.

Over the past two decades, Kentucky cattle producers have risen to the point of having one of the best quality cow herds in the country and the biggest east of the Mississippi.

There are many reasons for this including valuable support from the Kentucky Agricultural Development Board, and continuing education through various sources including the University of Kentucky College of Agriculture, Food, and Environment’s Extension Service.

However, two pandemic years have brought to light issues when it comes to transparency within the entire cattle industry, as well as a heightened awareness of the value local beef producers, especially what those in cow-calf operations bring to the proverbial table.

Kentucky Farm Bureau President Mark Haney said the state’s cattle industry is strong, but the coronavirus brought many issues to the surface that not only affected producers but their consumers, as well.

“Early on in the COVID crisis, we saw consumers becoming panicked because of depletions in meat selections at their grocery stores due to temporary shutdowns by meatpackers," he said. "Those of us on the farm knew there were no true shortages but rather delays in getting cattle through the processing system. We also saw a more complicated system of getting guest workers in from other countries, and eventually, we saw a big disparity between the price of beef at the retail level and the dollars going into farm families' pockets."

There has been an attempt by Congress to address the transparency issue including the Cattle Price Discovery and Transparency Act sponsored by Sen. Deb Fischer (R-Neb.) and Sen. Chuck Grassley (R-Iowa), and co-sponsored by 14 other senators from both sides of the aisle.

According to information from the American Farm Bureau Federation (AFBF), the legislation would equip farmers with more information by establishing a cattle contract library, updating mandatory price reporting, and increasing fines for companies that violate the Packers and Stockyards Act.

However, it would also mandate that livestock processing facilities purchase a set percentage of their live animal supply via cash bids.

AFBF President Zippy Duvall said the organization appreciates the hard work that has been done on both sides of the issue to address the pressing needs facing America’s cattle industry.

“The Cattle Price Discovery and Transparency Act takes positive steps toward ensuring fairness for America’s farmers and ranchers as they work to feed this country’s families,” he said. “We support the majority of this legislation, but we cannot support mandatory cash sales. We are committed to working with the sponsors of the bill to make revisions to ensure it aligns with the priorities outlined by our membership.”

Last January during its annual convention AFBF delegates voted to oppose government mandates for cash sales. The bill has currently been referred to committee.

It’s not a one-size-fits-all

While at the end of the day, all cattle producers want to be profitable, with sustainable operations, the similarities may stop there depending on what part of the country in which they reside.

Haney noted that the cattle industry is regional and what works in other parts of the U.S. doesn’t necessarily work here.

“Every region in the United States has their way of doing things, and in Kentucky, the majority of our cattle producers need the auction system to sell and we need to continue to have buyers come to the stockyards,” he said. “And that’s basically what we do, we mostly sell cattle in this state, at the stockyards.”

Most cattle herds in Kentucky are relatively small. The average size is just under 30 head. However, there are larger-scale producers many of which depend on the stockyard system of buying.

Bennie Gilbert owns a backgrounding operation in Boyle and Mercer Counties which means he buys calves after they are weaned brings them to the farm to add pounds, and then moves them to market after those calves get to a certain weight.

“We are grazers, basically,” he said. “We start buying now and get up to about 4,500 head which takes a good two to three months, and we give them some hay and a little corn until we can get them to grass. But once they are on grass, we stop the grain. We have good pastures, so there is no need to keep them on grain at that point.”

Gilbert’s system has worked well, including doing all the buying from five stockyards in Kentucky, Tennessee, and one in Virginia. Gilbert does the majority of buying himself in the Kentucky markets, and he has trusted order buyers in Tennessee and Virginia.

“We'll buy anything from 250 up to probably 550 pounds during the spring, and only buy from the stockyards,” he said. “Of course, when those cattle get big, they're at a different size, so you get to mid-summer, when the grass slows down, you separate the big ones and take them to market. That lightens the pressure on your grass.”

While Gilbert’s way of buying, grazing, and selling has worked for his farm family, he understands the issues many cow/calf operators have faced.

“Without the cow/calf guy, I'm out of business. It's that simple,” he said. “So, we need them to prosper. We need those folks to do good and feel good at wanting to expand their herd.”

Tim Goodlett will agree with those words. The cattle producer from Casey County runs his cow/calf operation with his uncle. He said it has been tough lately trying to make decent money as cattle prices fluctuate and the market environment changes frequently.

“One issue that comes to mind relates to input prices. To remain sustainable, we've got to be able to continue to improve our genetics as we work to grow the amount of needed food, not only for this country but in other parts of the world,” he said. “And we're all having to do it on a smaller number of acres with continued input increases. One thing the COVID situation brought to light was the disparity in revenue that meatpackers were getting compared to what we were getting on the farm."

Goodlett, who serves as Casey County Farm Bureau’s president and is a KFB state director, said the cow/calf producers have got to get a bigger slice of that monetary pie to help offset the costs of doing business.

“As we entered into the pandemic two years ago, the whole outlook of producers and consumers changed somewhat,” he said. “We began to see many cuts of beef unavailable at the grocery during certain times, due to shutdowns experienced at many of the meat packers’ facilities. We also began to notice the markups coming from those packers while consumers were afraid of running out of food.”

Goodlett added that those on the farm side knew a real shortage of food was not going to happen, but the question of price differences was a major issue, which prompted some of the legislation that is being tossed around Washington.

“A positive fact coming from all that had to be the increased attention local farmers received especially those selling beef straight to the consumer,” he said. “That has been a blessing for those producers and given consumers a new outlook on their local farm producers. But at the end of the day, we have got to keep our grassroots, cow/calf operators in business for the good of the entire industry.”

Shane Wiseman, a commercial cow/calf operator from Clark County said he thinks the industry is moving in a good direction but there are still issues to face.

“The price has gotten better over the last six months, but I don't want us to take our eyes off the ball,” he said. “The guys who are selling the meat to the grocery stores are the ones making most of the money, in my opinion. You’ve got to realize, I've got 800 mama cows that we take care of, so, I've got 800 calves to sell a year and when that's over, that's all I've got for my whole year's income.”

Kentucky has become a quality cattle-producing state for several reasons, something that has certainly helped the cattle industry in this state. But Wiseman sees a lopsided industry that needs to be more balanced from a revenue perspective.

“I think that in Kentucky, we've got better genetics than we've ever had before and we're doing a better job raising a better product,” he said. “But the market has got to be more equally distributed, it's too one-sided. Sure, I'm making a little money, but I'm not making enough money to build fences, buy farms, or buy new tractors. I'm making just enough money to survive and that's got to change.”

Wiseman, who also serves as a KFB state director, is still optimistic of the direction the state’s cattle industry is going.

“I think we're on the right track and we’re glad to have organizations like Farm Bureau involved because they know the issues we're facing and the troubles, and they're trying to advocate for ways that the meatpackers can't control the pricing as much as they have in the past,” he said. “And we're looking forward to that.”

Haney said there is still a lot of work to do when it comes to many of the issues facing the state’s cattle industry, but he also feels the industry is headed in the right direction.

“We’ve still got a lot of work to do as an advocacy organization to ensure our cattle producers, at all production levels, are getting a fair shake,” he said. “But as long as we continue to have our voices heard and keep those in decision-making positions apprised of our needs, I think we are moving forward, and our cattle industry is only going to get better. We just need to make sure we keep producers in business for the long haul.”