May is Beef Month! 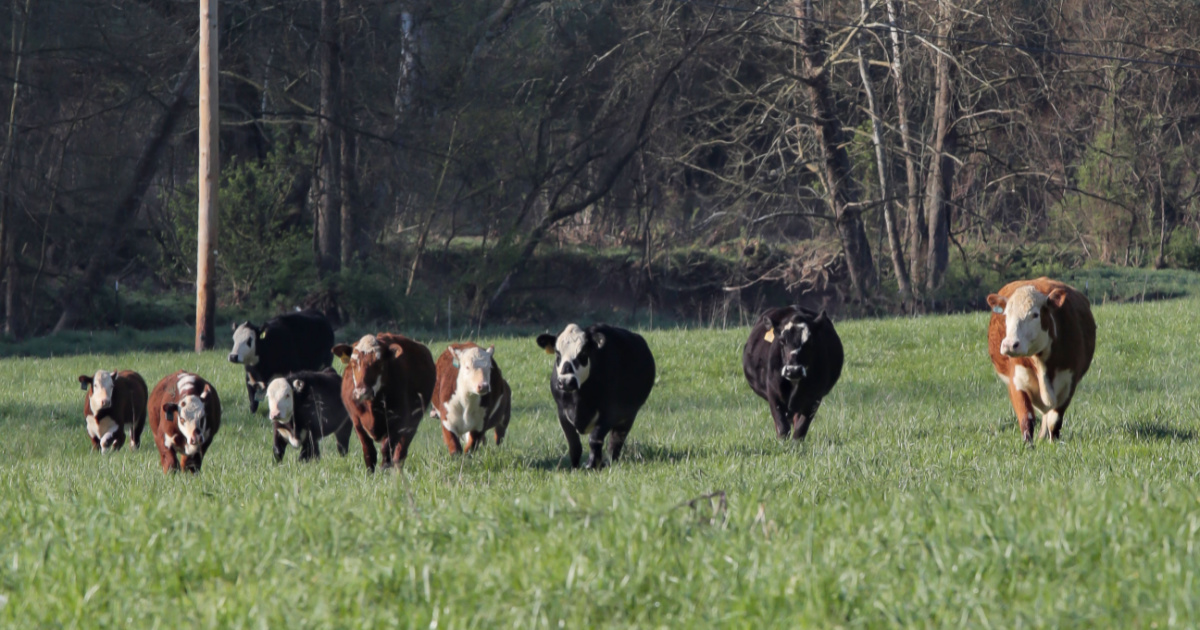 As celebrations take place across the country, Kentucky is proving to be a national leader in beef cattle production

As campaigns to promote May as National Beef Month begin to roll out across the nation, it goes without saying that the Kentucky beef cattle industry has become one of the best in the country. The Commonwealth has the largest beef cow herd east of the Mississippi and the eighth largest nationally, with approximately one million beef cows.

And recent studies have shown that U.S. beef production has reduced its carbon footprint by 40 percent since the 1960s while producing approximately 66 percent more beef.

University of Kentucky College of Agriculture, Food, and Environment Extension Specialist Kenny Burdine said there are many reasons for the success the state has seen in its cattle industry.

“Kentucky has outstanding beef producers who are constantly working to improve the quality of our cattle,” he said. “Our producers have made improvements in genetics, nutrition, forages, facilities, marketing and many other aspects of their operations.”

Burdine added that there is also an excellent forage base, good water resources, and strong marketing networks across the Commonwealth.

“There are always challenges, and we should always be striving to improve profitability, but I think Kentucky is an excellent feeder cattle producing state,” he said.

Kentucky Farm Bureau’s (KFB) Beef Advisory Committee Chair and State Director Shane Wiseman said, as a cattle producer, he has seen an availability of resources in this state that have helped position the beef cattle industry to the point of where it is today.

“Over the last several years, we've really been able to improve genetics, and the quality of the cattle in Kentucky, in general, thanks in part to the investments made from both the state and county funds from the Kentucky Agricultural Development Board,” he said. “Those dollars have also assisted in purchasing handling facilities and share the cost in buying such things as chutes, pens, and building fences.”

Wiseman also said that the state’s cattle producers have access to learning resources through programs provided by state universities, extension, commodity groups and the networking opportunities through the KFB Beef Advisory Committee.

“There are people from all over the state on that advisory board with us and they can let us know what issues they're facing in their areas,” he said. “I think that's as helpful as anything because we're learn what's going on in different parts of the state. What's going on in Paducah might not be the same thing that's going on in Winchester, where I live.”

And Geography can play a big role for those looking to get into the agriculture industry. Wiseman said there are many areas of the state especially from the central region eastward that are favorable for cattle production.

“There’s good grazing land and we've got a lot of shade and a lot of water; the things it takes to be successful with cattle,” he said. “Exports and the demand for US beef is as high as it's ever been and the cattle business is a good business, there’s no doubt about.

Getting a new generation interested in the cattle industry could well begin with the state’s agriculture education teachers. Garrard County High School’s agricultural educator Shelbi Clark said the first thing to do is bridge the gap between those involved in farming and those who are not.

“Garrard County is very rooted in agriculture but a lot of our high school students don't have that ag connection; that ag background that we think that they would have,” she said “So, as teachers in an ag program, we're able to provide that opportunity for them to see the value and have an appreciation for the industry where they live and where they've grown up and hopefully, many will want to continue with that agriculture passion.”

Clark said getting involved in the cattle sector could provide that connection to the agriculture culture so prevalent there and across the state.

“I grew up on a beef cattle farm, and it provided some wonderful opportunities for me as it could for these students,” she said. “There's a future for beef in this state especially in our region. We can’t grow a lot of grain here so, students who want to become involved in agriculture, cattle could be their best bet.”

Like any farming venture there are challenges in the cattle industry. Wiseman said prices need to increase in order to allow producers to continue to improve needs on the farm.

“I feel that's our biggest struggle as a producer, especially the cow-calf producer, we're really struggling on the price right now,” he said. “But, if the futures predictions are right for later in the year, we should have a good fall to sell cattle.”

Burdine said there are certainly things that can negatively impact the market and feed prices are likely the most significant headwind that producers face.

“But the fundamentals do appear to be setting up for a much better year,” he said.