Kentucky's Wheat Crop Adds Value to the Farm in Many Ways


Despite a tough growing season, winter wheat holds its own in the Commonwealth 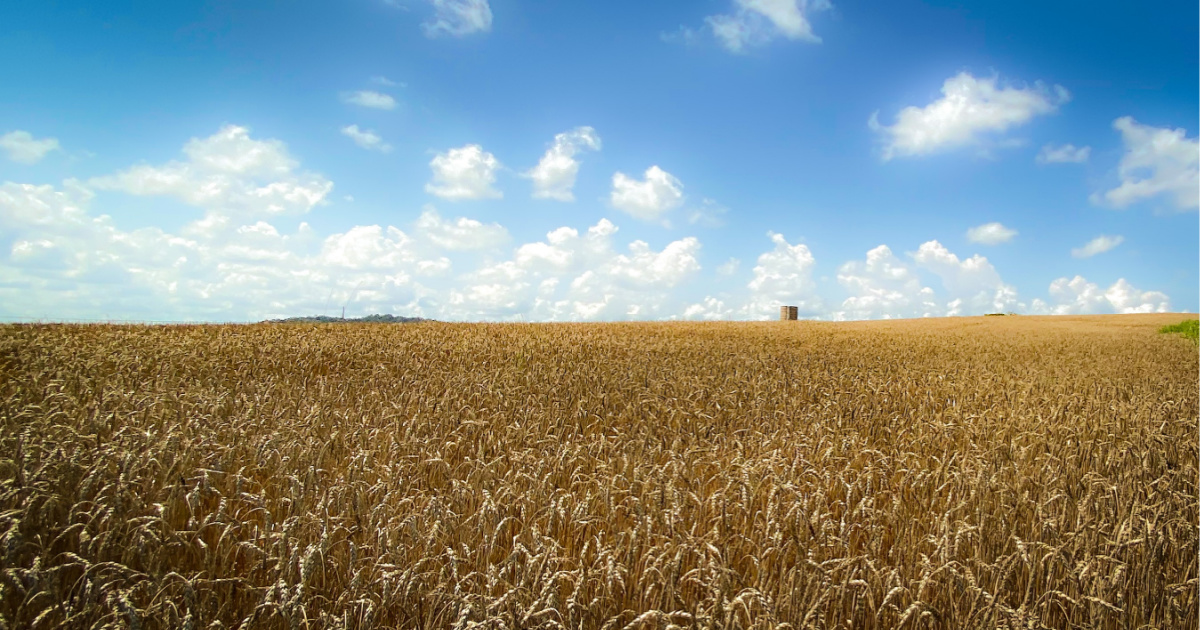 Many Kentucky farmers would agree that 2020’s winter wheat crop was a disappointing one, but from a long-term perspective, this versatile crop has proven to be valuable, in a lot of ways.

According to information from the USDA, wheat ranks third among U.S. field crops in planted acreage, production, and gross farm receipts, behind corn and soybeans.

But a late spring freeze hurt much of a promising state wheat crop this year. However, the overall value of planting wheat is apparent to most producers, despite this year’s weather-related damage.

University of Kentucky College of Agriculture, Food, and Environment Extension Professor for Grain Crops Chad Lee said previous studies show that when winter wheat is put into a crop rotation, the results are better soil structure, typically a little better water infiltration, and overall soil improvement; all factors that benefit other crops.

Any success on the economic side is welcome news for farm families, especially during these uncertain times.

“If you're primarily a grain producer, wheat provides a bit of cash flow in the middle of the summer, when usually the budget is getting kind of lean on a row crop farmer,” he said. “I know some people have told me that winter wheat allows them to cashflow some equipment a little bit better, and it also allows them to keep employees employed all year long. The value of the crop helping to keep those jobs may be just as important as anything.”

Like most grain crops, wheat is valuable on many fronts. Obviously, its use in foods goes without saying and is one of the most used grains for food in the world. But wheat straw is widely used for animal bedding and some feed and the grain is utilized in the distillery industry.

“That number mostly reflects what's going into tobacco, or what came out of tobacco the year before,” he said. “So, a lot of (total planted acres) tends to be the cover crop acres. There's also some wheat that gets cut for hay or haylage.”

A year marred by a late spring freeze

When the U.S. Department of Agriculture’s National Agricultural Statistics Service (NASS) released the Crop Production report for July, the data revealed that the yield forecast for Kentucky wheat was 63 bushels per acre, down 13 bushels from last year.

“This is the lowest yield since 2012,” said David Knopf, director of the NASS Eastern Mountain Regional Office in Kentucky. “Growers knew the spring frosts had limited yield potential, but harvest revealed that it was worse than expected.”

Knopf also noted that the amount of yield loss was dependent on the maturity of the crop at the time and individual field impact ranged from no damage, to a total loss.

According to the latest information from NASS, Kentucky farmers expect to harvest 23.6 million bushels of wheat during 2020. This year’s expected crop would be down six percent from the previous year, based on the forecast of crop conditions as of July 1.

Nationally, winter wheat production was forecast at 1.22 billion bushels, down four percent from the June 1 forecast and down seven percent from 2019.

From a farmer’s perspective

Larry Thomas is a grain producer in Hardin County, as well as a Kentucky Farm Bureau State Director. His luck with the winter wheat crop wasn’t good this year due to those late spring freeze events, but he sees a growing market for the crop and benefits to overall crop rotations.

“We actually grew a crop this year because the merchandiser we go through, who buys our corn for the distilleries, was looking for some wheat,” he said. “We hadn't grown any wheat in probably five or six years, but I've been selling corn to the same guy for five years, and it's the first time he's mentioned needing it, so there is a growing market for it.”

Thomas said that normally he would have been looking for potential yields in the 70 to 100 bushel per-acre range, but that did not happen this year for him and many other producers.

“We averaged about 30 to 32 bushels, but we did take some straw off, so that gave us a chance to get a little bit of our money back,” he said. “That helps a little income-wise, plus that gets a lot of that cover off and out of the way for double-crop beans.”

Thomas added that his last wheat crop yielded near the 100 bushels per acre mark, and he will make the decision later as to whether he will try again this fall.

“When you have a bad crop, you look back and you question yourself about what you could have done differently, so we'll have to just reconsider this fall, look at the price and the local market and make a decision then as far as a wheat crop for next year.”

Wheat producers in the more western side of the state, where most of the state’s winter wheat is grown, had their share of disappointments, as well. Lee said present indications are that the wheat in that area was hurt a little more than what was first thought.

Still worth a look

Despite the issues faced this year due to weather-related events, winter wheat can still provide another valuable tool in the toolbox for farmers wishing to grow the crop and who are in more favorable locations. Lee said while there have been late spring freezes in the past, the benefits the crop provides is worth the effort to plant if that is what farmers choose as part of their operations.

“First, it's not my place to tell a farmer what to do in terms of what she or he chooses to do, but in terms of trying to build soil structure, and in terms of long-term viability, winter wheat is a perfect crop to include in the rotation,” he said.

With that said, location can still play a part in deciding to get on the winter wheat bandwagon.

“I would say almost no matter where you are in the state, winter wheat is a good option on soils that can handle it,” Lee said. “For example, wet natured soils; soils that dry out very slowly or tend to stay saturated in the wintertime, those are not good places for winter wheat to grow. That's a good place to put a cover crop in, not a grain crop.”