Kentucky's Equine Industry is an Integral Part of Agriculture 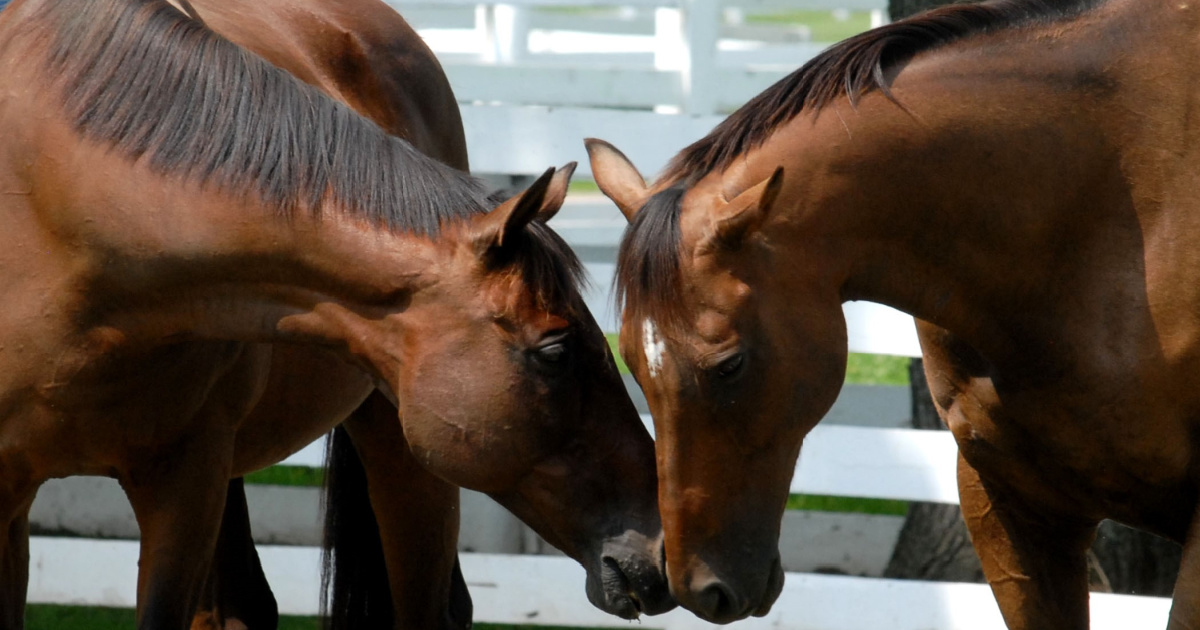 While the thoroughbreds take center stage this time of year, the state’s horse industry is as diverse as all of the Commonwealth’s agriculture sector.

While the majestic horse farms of Central Kentucky are the most visible symbol of the state’s storied equine industry, these and all the other horse farms throughout the Commonwealth are real-deal working farms no matter what breed resides on each.

And all are important to the local economies where these farms are located. Savannah Robin, Internship Coordinator, for the University of Kentucky’s Ag Equine programs, said horses play an integral part in Kentucky’s overall agricultural industry.

“From the jobs employers can provide, entertainment for millions of people, cash crop receipts for other agricultural sectors like hay and grain production, to even the unique research and educational programs at the University of Kentucky, the equine industry is a staple to Kentucky’s economy,” she said.

But it’s not just something Kentuckians are in tune to; the whole world recognizes the Bluegrass State for its equine heritage.

“Kentucky is a hub for the equine industry world-wide,” Robin said. “Not only does it contribute to the state’s economy, it also helps bring people from around the world to Kentucky to learn who we are and what we do.”

Robin added that equine educational programs in Kentucky are also bringing interested people from around the world to the state, many of whom are choosing to stay here, work, and invest in local communities.

As widely known as the thoroughbreds are in this state, many different horse breeds are found in Kentucky including the beloved Quarter Horse. Bennie Sargent has made that sector of the industry a lifetime endeavor.

He owns and operates Sargent Quarter Horses on his 60-acre farm in Bourbon County where he has a boarding and training operation.

“I grew up on a family farm where we raised tobacco and had cattle, but I gradually got into horses as a kid and just kind of went in that direction,” he said. “We developed a training program as we did less of the other farming and more with the horses. And it just kind of grew from that.”

With Quarter Horses found in all 120 Kentucky counties, Sargent is quick to point out that as much as most people love and admire horses of all breeds, the farms on which they reside are working farms like any other.

“It’s very much like any livestock operation,” he said. “It takes a lot of work with a lot of feed and a lot of hay and there's a lot of pasture involved.”

“We were fortunate to do a lot of business with China over several years and one question the Chinese buyers would ask is why Central Kentucky is considered the Horse Capital of the World,” he said. “I would tell them it’s because our grass is better than most places and it seems like the horses thrive on it. And I also feel like it's partly because of the soil that produces that grass. I think that makes a big difference.”

From a farm family perspective, Sargent’s operation is very much a family thing with his wife, Cheryllee, and daughter Sydney involved. In fact, Sydney is president of the Kentucky Quarter Horse Youth Association and a regional floor director for the American Quarter Horse Youth association.

“I’ve grown up around horses and there is no place I’d rather be or nothing I rather be doing,” she said. “After I graduate from high school, I have been accepted at Texas Christian University and will be a part of their Division I equestrian team.”

Sydney Sargent represents the next generation on the farm, something that is critical to all agricultural sectors.

“I think it is important for the next generation to be involved because there are not a lot of us left and my goal is to carry on this tradition,” she said.

Bennie Sargent said running the horse farm is not about the money, it’s about family and the lifestyle of it all.

“It is a lifestyle and tradition, and no one gets into this thinking they're going to become millionaires,” he said. “If they do, they're misleading themselves. But it's a good living and a good life. You get to raise your family, how you'd like your family to be.”

An important contributor to the state economy

“There are so many different kinds of horses and uses for our horses including those that are still used for work on the farm, the many breeds of show horses, those animals used for tourism purposes such as trail rides, and then the pleasure horses people have just for the enjoyment of having a horse,” he said. “All of those are really important to the owners and to the local economies where these horse farms are located.”

Barnett also said that other sectors of the ag industry benefit from these different equine operations, be they breeding farms, training facilities, or the thoroughbred farms.

“Many farms, including mine, supply hay to several horse farms,” he said. “We’ll sell 25,000 to 30,000 square bales each year to area horse farms, and that helps drive the local economy.”

Barnett added that many of the state’s horse farms are very diversified often having other livestock and crops to go along with their equine operations.

To get a true sense of the overall economic impact the horse industry has in this state, the University of Kentucky Ag Equine Programs and Kentucky Horse Council partnered on a statewide equine survey, a decade ago.

Prior to that study, the last time a comprehensive look had been taken at Kentucky’s equine industry was in 1977, according to Dr. Jill Stowe, a UK Agricultural Economics professor.

“The 2012 Kentucky Equine Survey helped provide a more accurate assessment of the number of horses (242,400) in Kentucky and their economic impact ($3 billion), two fundamental pieces of information that had been unavailable to those who needed it,” she said. “In addition, much of this information was available at the county-level, providing valuable guidance for data-driven decision-making for policy makers, business owners and entrepreneurs, educators, researchers, and disease surveillance efforts.”

Much has changed over the last 10 years and Stowe said the 2022 Kentucky Equine Survey is needed to provide a current snapshot of the state’s equine industry and to identify changes that are happening over time.

“Being able to track changes in the industry over time is important for the continued development of Kentucky’s equine industry,” Stowe said. “This information will support a broad set of decision makers in their need to make sound, well-informed decisions on important issues facing the industry.”

While the attention of the world focused on that first Saturday in May at Churchill Downs, the rest of the state’s equine population were busy in their own part of the world, here at home in the Bluegrass State. Robin said there is no place anywhere like Kentucky when it comes to the equine industry.

“Our unique landscape and rich history in the equine industry makes Kentucky a unique place to be and adds an incredible value to our agriculture industry,” she said.