No agricultural sector was spared hardships in 2019 due to a multitude of ag-economy issues including volatile commodity markets, international trade difficulties, and weather conditions that were more favorable for waterfowl than anything else.

And while livestock producers dealt with their share of challenges, the sector still represented a very strong part of last year’s farm revenue.

According to information from the University of Kentucky (UK) College of Agriculture, Food and Environment’s ag outlook presented at last year’s Kentucky Farm Bureau annual meeting, the state’s livestock sectors accounted for more than one-third of the $5.9 billion in farm cash receipts.

UK Ag Economist Kenny Burdine said when considering the many different animals making up state livestock populations, Kentucky has a diverse livestock industry, and that is a good thing.

“We are home to a little over one million cows, which is the largest cow-herd east of the Mississippi and we also have a large stockering / backgrounding sector that adds value to a large number of those calves each year,” he said. “The equine sector is also very large, accounting for more than $1 billion dollars in farm-level cash receipts the last two years.”

Burdine added that Kentucky also has a sizeable hog industry with both independent and contract / integrated operations.

“Of course, the dairy sector has gotten smaller in Kentucky for many years, but it remains significant and impacts a large number of producers,” he added. “And, there seems to be continued interest in small ruminants - sheep and goats.” 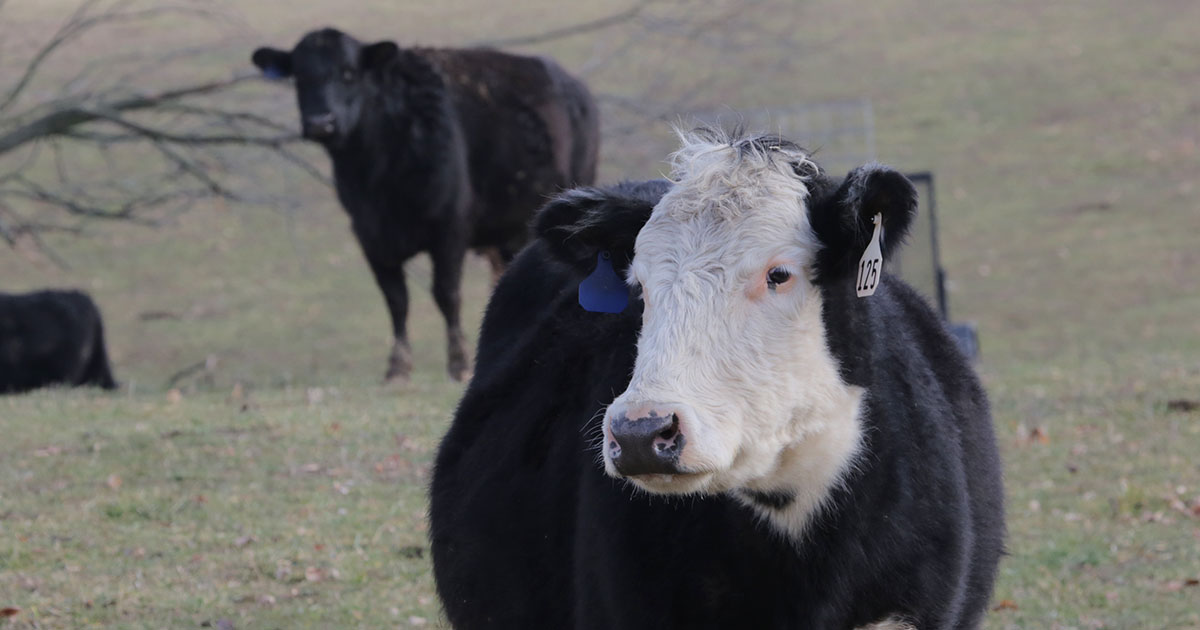 While the numbers, especially when talking about cattle, are strong, the quality of these animals has risen greatly over the years, noted Burdine.

“Kentucky has made great strides in cattle quality over the last several years and it's a large number of factors that have come together to make this happen,” he said. “Producers are becoming better managers all the time, we are doing a better job with genetics, a lot more producers have facilities that allow them to administer health programs and manage cattle better, and we've made improvements in forages, grazing, hay storage, and feeding practices.  I really think Kentucky's cattle sector has a lot to be proud of!”

And while poultry is technically not considered livestock, this sector is tops in Kentucky’s agricultural world. Burdine said, in his opinion, he expects that part of the industry to grow.

“Of course, poultry is actually Kentucky's largest sector in terms of farm-level cash receipts and stepping back and looking at the poultry sector as a whole, chicken is the most consumed meat in the U.S., and it is priced very competitively at the retail level as a protein,” he said. “There are also indications that the export market for poultry will continue to be strong.  And, a lot of these companies have found Kentucky to be a great place to locate and source product from.”

Burdine added that poultry operations also complement the grain sector very well as the litter is very valuable as fertilizer and significant income can be made on a relatively small amount of acreage.

“There’s no question that when our livestock industry is doing well, it gives a boost to our grain sector since so much of our grain goes to feeding livestock,” he said. “Increased feed use in the livestock sector impacts local prices (ie: basis) for feed grains and a lot of corn, soybean meal, hulls, etc. are fed by Kentucky's livestock producers.”

Sharon Furches, KFB Second Vice President and a grain producer from Calloway County reiterated that, saying how significant one sector is to the other.

“We so often hear of the importance of partnerships and how valuable it is for our different ag sectors to work together,” she said. “The relationship our livestock producers have with our grain farmers confirms that value, something that not only benefits each commodity group, but it ultimately affects our rural communities in a very positive way.”

One thing all farm families have to deal with is the weather. The winter of 2019 proved to be tough on livestock producers.

“The mud through winter and spring was very tough on cattle and we saw this impact in terms of cow and calf losses, stress, body condition, and the amount of hay that was consumed,” said Burdine. “It also had a major impact on pastures and feeding areas and this is something producers need to be aware of and manage around as best as they can.”

He added that some have done this through improved feeding areas and others by rotating cattle and limiting concentration in any area as much as possible. Burdine also said being diligent about repairing damaged areas is crucial to the long-term success of an operation and is also important when dealing with the conditions Mother Nature sends.

In looking ahead, weather conditions have improved somewhat over last year at this time, according to Dr. Stuart Foster, state climatologist and director of the Kentucky Climate Center and Kentucky Mesonet at Western Kentucky University.

"All in all, it has been a more favorable start to winter than we had last year, when persistent wet and cloudy conditions prevailed,” he said. “After an exceptionally warm start to this winter, temperatures have returned to more seasonable levels. Precipitation amounts have varied but generally totaled above average for January, continuing a pattern from the late fall. Looking ahead at February, the Climate Prediction Center hints at the possibility of cooler than normal temperatures with no clear indication regarding precipitation."

From an economic standpoint, Burdine said he is optimistic about the coming year for many reasons.

“One of those reasons is due to trade. This fall, the trade agreement reached with Japan significantly lowered tariffs on U.S. beef exports to Japan, which is our number-one export market for beef,” he said. “At the same time, the U.S.-Mexico-Canada Agreement has the potential to impact most all species.  We have also seen increases in exports of U.S. pork to China and there have been spillover effects on beef exports.  Also, remember that China agreed to resume importing U.S. chicken last fall. All in all, I'm optimistic that the livestock sector is in for a better 2020.”