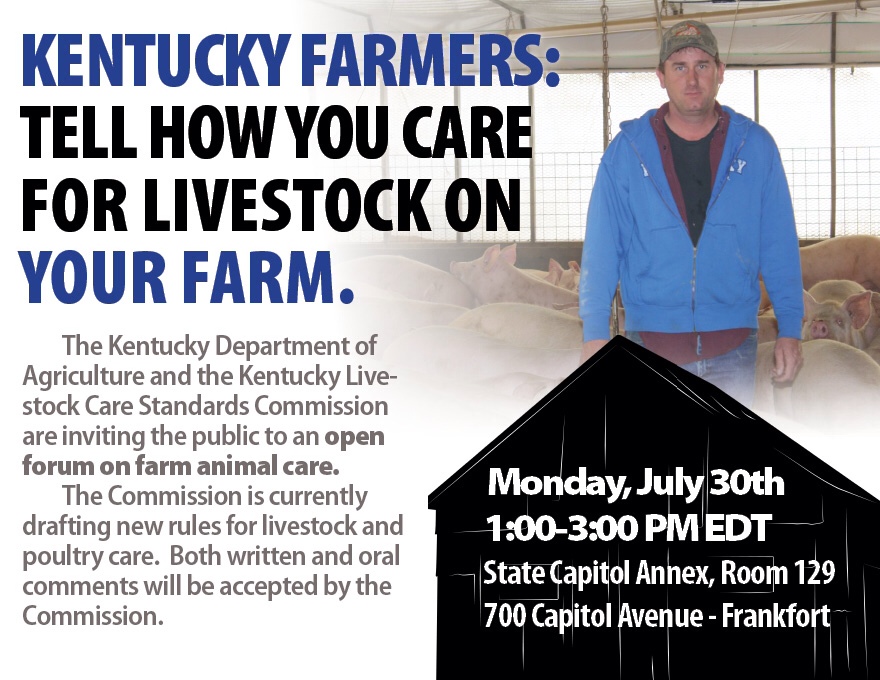 The Kentucky Livestock Care Standards Commission will be accepting public comments, written and oral, at an open forum scheduled for:

Please help get the word out to farmers by sharing the attached flyer on your listservs and social media accounts. Sharing farmer perspectives about on-farm care for livestock and poultry is important. It is likely that media will be on-hand to cover the event.

The Commission has not concluded its work drafting farm animal care standards. At the July 17 meeting, more discussion took place on several items, including compatibility with existing animal regulations and on what species-specific practices could be included in the general provisions section. The next regular meeting has not been set, but early September was mentioned as a possible time.

Different from previous Commission meetings, the Kentucky Department of Agriculture General Counsel’s office has decided that the Commission’s drafts are considered working papers, and no longer available to the public until passed by the Commission. Older versions have been widely disseminated, including a draft from the June 26 meeting posted this week on the Lexington Herald-Leader’s web site: http://www.kentucky.com/2012/07/18/2262439/proposed-kentucky-farm-animal.html