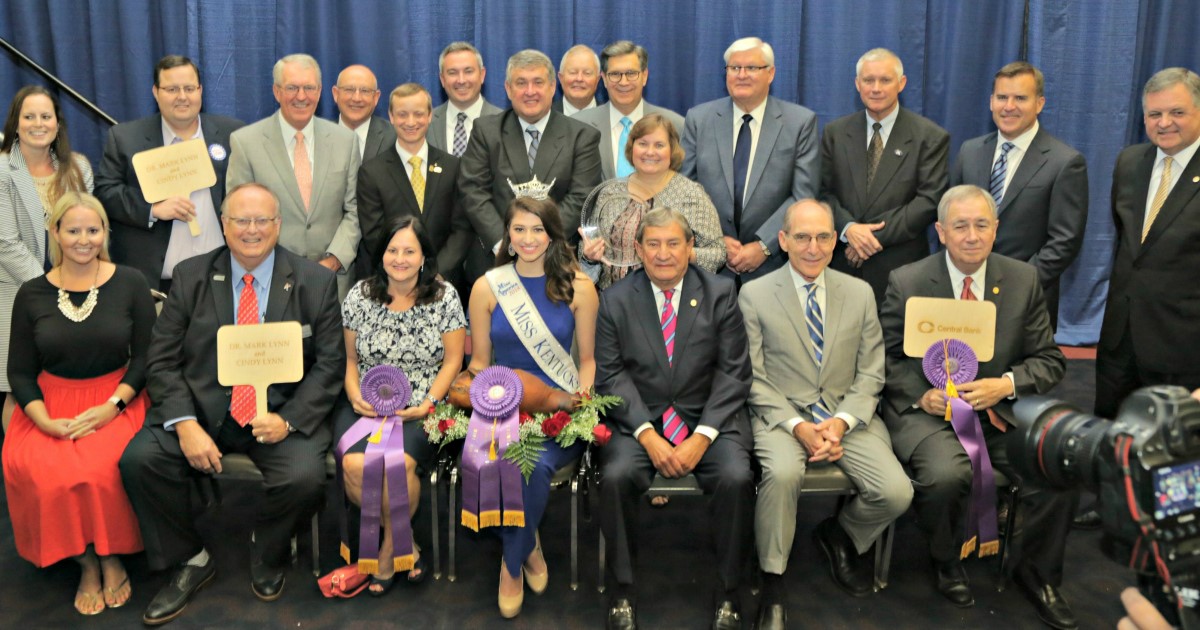 The 18.77lb ham was produced by Broadbent B & B Foods of Kuttawa, Kentucky, and was auctioned by Leon Shirk.

The historically lively auction culminated in Luther Deaton, Jr., Chairman, President & CEO of Central Bank, and Dr. Mark and Cindy Lynn combining their bids of $1.4 million for a record total of $2.8 million. Since the first ham breakfast in 1964, Kentucky Farm Bureau has raised nearly $13 million for Kentucky charities.

“We look forward to the ham breakfast every year because it brings so many well-respected Kentuckians together for a great cause. The Kentucky Farm Bureau always hosts a great event that highlights all that is good about our state,” said Deaton.

The University of Kentucky, the Gatton College of Business, and Keeneland will receive the funds contributed by Deaton.

“We came into this auction hoping we could make a difference in the community. We have been blessed and feel fortunate to be able to give back. The agriculture community is a cornerstone of Kentucky, and the 4-H and FFA play a vital role in creating the future leaders for agriculture and this state. We know the funds from today’s auction will benefit those organizations, and we encourage any future donors to contribute to the great work they do,” said Dr. Lynn.

While the focal point of the event was the charity auction, elected officials and KFB leadership addressed attendees on pressing Kentucky agriculture issues. Kentucky Governor Matt Bevin and Commissioner of Agriculture Ryan Quarles were among the speakers, highlighting recent successes and challenges facing the state’s agriculture industry.

“KFB is always grateful to our elected officials who come to this event every year. Our members appreciate the opportunity to hear first-hand from our leaders about public affairs and legislation in Washington and Frankfort that impact them at home. It is a unique opportunity for them to show their support for agriculture in our state,” said KFB President Mark Haney.

For more information about the Kentucky Farm Bureau and the Annual Country Ham Breakfast, please contact B. Todd Bright, Todd.Bright@kyfb.com