Coach John Wooden once said, “If we fail to adapt, we fail to move forward.” Those words have meaning that can be applied to most any industry or organization, and leadership at Kentucky Farm Bureau (KFB) are taking steps to move forward as a new century begins for the 100-year-old agriculture advocate.

KFB President Mark Haney said it’s important to adapt to a changing ag environment as the organization looks to the coming decades.

“There is nothing like utilizing any tried-and true- methods of running the farm or this organization. However, as we face the future, we must acknowledge new opportunities for our farm families and new strategies for KFB as we move into the next decade and beyond.”

In keeping with those ideas, KFB initiated two new committees to help in those efforts; a hemp advisory committee and the Vision 100 committee. 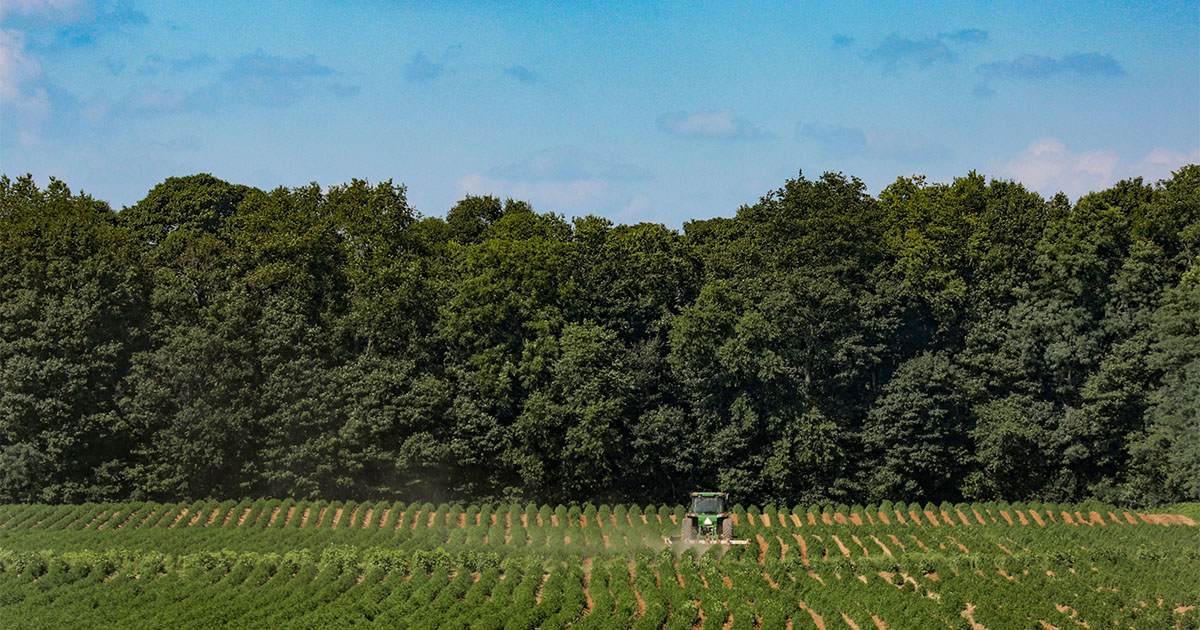 Since the 2014 Farm Bill paved the way for hemp production on a research level in this country, Kentucky producers have led the way in research and production of this historic crop.

Now, after a full growing season legalized by last year’s Farm Bill, growers are looking for guidance as they move forward.

KFB, in keeping with its long-standing tradition of working on behalf of all commodities produced in this state, has initiated a Hemp Advisory Committee that joins a long list of commodity advisory committees overseen by the organization. The committee is comprised primarily of producers who have been involved in hemp production since its onset.

KFB First Vice President Eddie Melton chairs this new committee and said it will help bring ideas to the table from producers who are seeing first-hand the potential and challenges of a new crop.

“As with any new venture, there are growing pains, and we have seen some of those associated with hemp production in this state.  But, through the work of this advisory committee, we hope to find ways to alleviate some of that pain, as we continue to advance the hemp industry in Kentucky,” he said.

Melton added it is through the advisory committees that many state resolutions are made.

“Over the years, many of the priority issues we have adopted as an organization have come because of the work of these advisory committees,” he said. “And often those ideas turn into legislation at all levels. I expect this new group will be active in their efforts to bring forth policy suggestions that will move this industry forward in a very positive way.”

Melton also noted the attention, especially from young farmers, that production hemp is bringing to the agricultural landscape in Kentucky.

“I think it’s important to foster a new generation to keep the ag industry vibrant and sustainable, whether it is through hemp production or through other innovative ideas,” he said. “And KFB intends to provide all the support and assistance we can to make that happen.”

Vision 100 Committee helping to set strategic goals for the future

In keeping with the idea of moving forward as an organization in a new era, KFB has established the Vision 100 Committee which will serve to provide strategic planning along the way.

KFB President Mark Haney led the efforts to form the committee comprised of staff from the Federation and the Insurance company, as well as leadership at the local level who will help guide strategic planning for the future of the entire organization. The committee is being co-chaired by KFB Second Vice President Sharon Furches and Organization Division Director Matthew W. Ingram.

Haney said it is critical that the organization takes steps to look toward the future, while learning from the past.

“In order for our organization to remain relevant, we must not rest on our laurels but rather look down the road as we make a united effort to serve as the strong advocacy organization so many members, who have come before us, initiated,” he said. “And a big part of our future success lies in the hands of a new generation, a new crop of farm families, and new and inventive additions to the ag industry. Vision 100 will help produce a plan to move KFB into the future, as the agricultural industry moves into the future.”