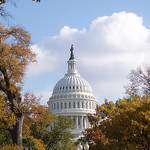 Tax policies top the list on the state legislative agenda, with emphasis on a statement expressing opposition to any attempt to freeze the state real property tax rate. The state’s largest farm organization supports preserving the current law which limits annual revenue from property taxes to no more than a four percent hike, plus new growth. This provision was a key part of House Bill 44 which KFB worked hard to see enacted in 1979.

In his annual address to members, KFB President Mark Haney pointed out that freezing the rate likely would amount to continuing increases as property values rise. The Pulaski County farmer advised the group to ensure that their respective legislators were aware of KFB’s rationale for opposing a revision of the property tax structure.

“While House Bill 44 has resulted in a lower rate over the years, it has not caused a decline in state revenue from property taxes because valuations have risen,” Haney explained. “With land representing such a valuable resource to most farmers, it’s critical that we protect the structure established by House Bill 44. A significant rate increase would hit farm families hard.”

KFB also wants to ensure that the state sales tax exemption for production agriculture is not impacted by any tax reform package. Additionally, it has policy to extend the exemption to production items used in the equine industry.

“The exemption is very important to the bottom lines of our farmers,” said Haney. “Another aspect to consider is the potential impact on the Kentucky businesses that sell these inputs to farmers. A tax likely would prompt many farmers to make their purchases from businesses in surrounding states.”

Other state legislative priorities include:

“We have some key public policy challenges in the year ahead,” said Haney, who is entering his fifth year in the post. “Our broad range of policy positions are aimed at strengthening our farm economy and providing farm families with essential programs and services.”