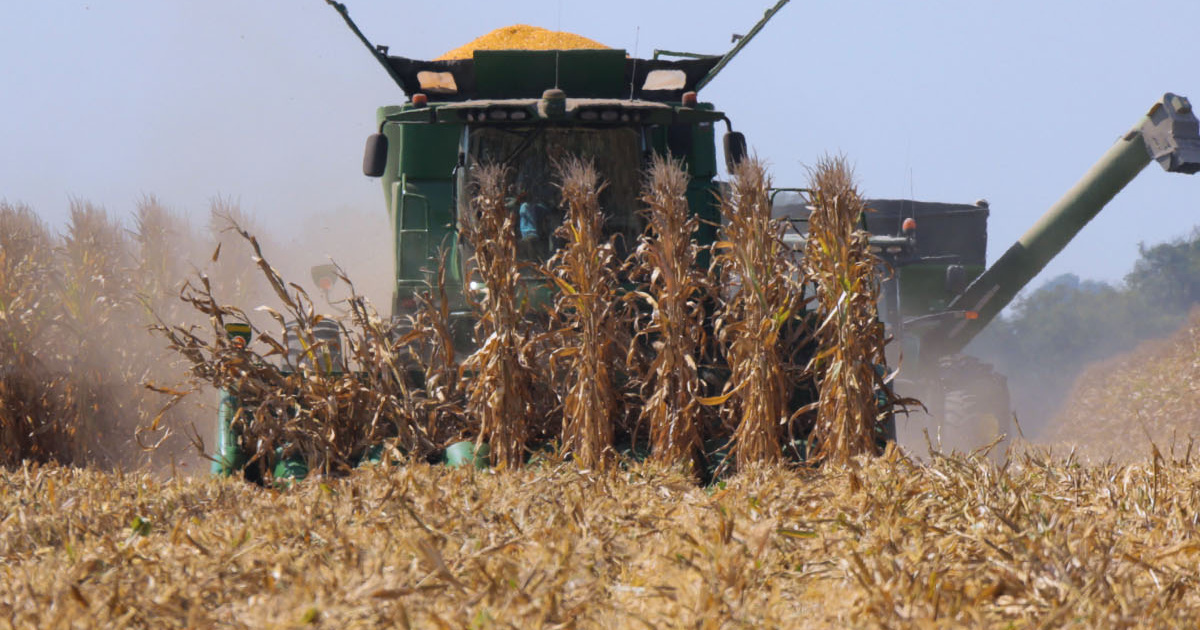 “Conditions have been good for crops this summer, and early harvest reports support that. Barring any major weather event, I think final production results will be pretty close to current forecasts,” he said. “It’s been a good harvest, to date. Corn is running behind normal due to a later maturing crop, but will likely catch up if there is a stretch of dry days.”

The September report is as follows:

Corn production in Kentucky is forecast at 268 million bushels, up one percent from the August forecast but up six percent from the previous crop. Yield was estimated at 185 bushels per acre, up 2.0 bushels from last month and up 1.0 bushel from the 2020 level. Acres for harvest as grain were estimated at 1.45 million acres, up 70,000 acres from 2020.

Soybean production for Kentucky is forecast at 98.5 million bushels, down six percent from the August forecast and down three percent from 2020. Yield was estimated at 55.0 bushels per acre, up 1.0 bushel from last month and unchanged from a year ago. Acreage for harvest as beans was estimated at 1.79 million acres, down 50,000 acres from the previous year.

For the burley producing states, production is forecast at 87.2 million pounds, up three percent from last year. Burley growers plan to harvest 43,450 acres, up slightly from 2020. Yields are expected to average 2,006 pounds per acre, up 50 pounds from last year.

The September USDA estimates for dark tobacco production continue to show a marked increase over 2020 numbers. Knopf said it’s been awhile since Kentucky has had such a good dark-fired crop.

“In fact, 2014 was the last time yield has been higher than this year. Along with the increase in acreage, 2021 is a big crop,” he said. “Acreage was also up for dark-air, along with a yield increase from last year. However, yield is middle of the road in a historic context.”

Kentucky wheat harvest by the numbers

According to the latest NASS report, Kentucky farmers harvested 30.5 million bushels of winter wheat during the summer of 2021 which is up 42 percent from the previous year; a year that saw many wheat crops damaged by April and May freezing temperatures.