Some of Kentucky’s top businesses participated in a lively round of bidding for the ham, which weighed in at 16.18 lbs. and was produced by Penn Country Hams of Mannsville, Kentucky. In the end, Central Bank placed the highest bid and won the ham. 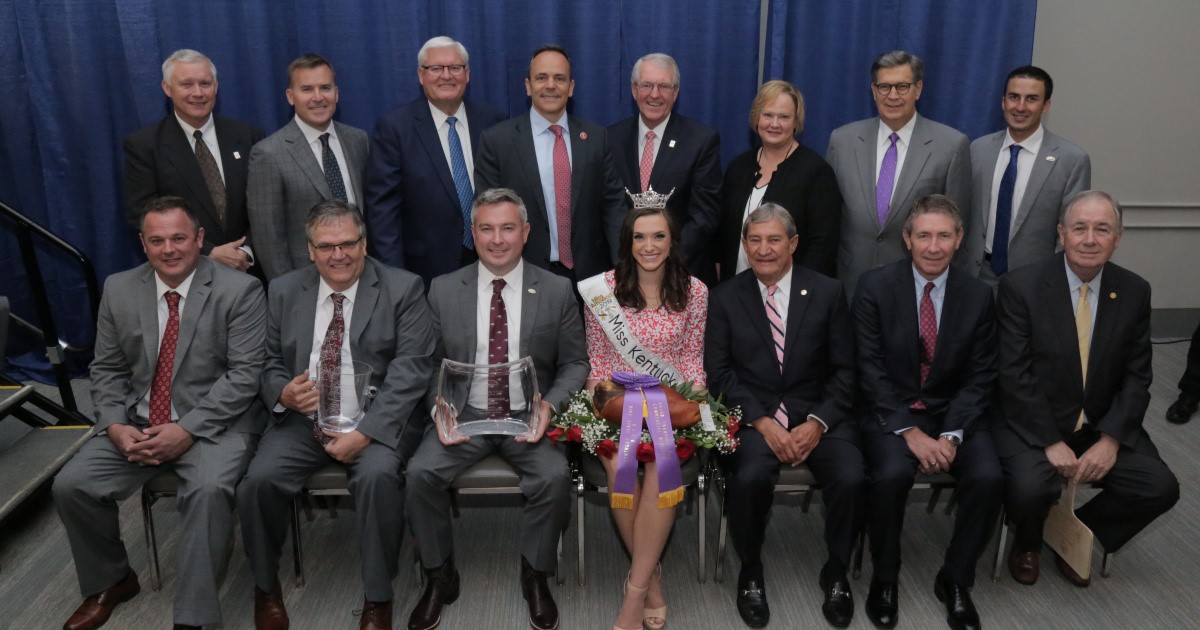 “Central Bank is so proud to be the winning bidder on this year’s award-winning country ham. We are grateful to Kentucky Farm Bureau for providing us with this opportunity by hosting the Country Ham Breakfast at the Kentucky State Fair for the 56th year. Providing businesses like ours a chance to attend an event highlighting the best of Kentucky agriculture and its influence on our state, while encouraging charitable giving, is a great way to celebrate all that we stand for as Kentuckians. We are always excited to give back to our communities and are grateful for the chance to do so through this auction today,” said Luther Deaton, President and CEO of Central Bank.

In addition to the auction, attendees of the breakfast – a sellout crowd of more than 1,500 people – were served a Kentucky Proud breakfast as they listened to speeches from some of Kentucky’s top officials, including Governor Matt Bevin, Kentucky Agriculture Commissioner Ryan Quarles, and Louisville Mayor Greg Fischer. Miss Kentucky 2019, Alex Francke, displayed the award-winning ham for breakfast attendees.