The Fair Board oversees operations for the Kentucky Exposition Center and the Kentucky International Convention Center (KICC). The events at the venues produce more than $450 million in annual economic impact for the state. 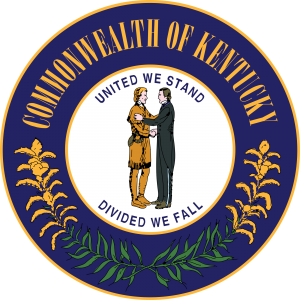 “The Fair Board is no longer overseeing just agriculture-related events; the scope of businesses has exploded,” said Gov. Steve Beshear. “These facilities are vital economic drivers for the region, attracting conventions, tourists and major musical acts throughout the year. Expanding the board ensures that we maximize the potential of these venues and market them aggressively to national and international groups.”

The Board had been composed of 15 members, two of which were being appointed from lists of nominees submitted by organizations which were inactive or without a local Kentucky chapter. In today’s executive order, the Governor added members to represent the Greater Louisville Convention and Visitors Bureau (CVB) and agribusiness. He also named the student presidents of Kentucky FFA Association and Kentucky 4-H as ex officio nonvoting members.

“It’s a great opportunity for the Greater Louisville Convention and Visitors Bureau to have a voting representative on the Kentucky State Fair Board, and we certainly applaud the Governor for making this possible,” said Michael Howerton, chair of the Louisville CVB. “The CVB works diligently every day to promote the facilities owned and operated by the Fair Board and we look forward to working even more closely with the Fair Board as we move forward, especially with the expansion and renovation of the KY International Convention Center.  We are committed to promoting our communities jointly, achieving the mutual success of our organizations.”

“We are very pleased by Gov. Beshear’s recent decision to appoint ex officio representatives from Kentucky’s FFA and 4-H leadership onto the Kentucky State Fair Board,” said Mark Haney, president of Kentucky Farm Bureau. “Our organization is a dedicated partner of the Fair Board and its efforts to keep the Kentucky Exposition Center among the premier convention and tradeshow facilities in the country. These appointments not only place a greater emphasis on the agricultural roots of the state and the Fair Board, but they also highlight our state’s greatest natural resource – its young people.”

“We are pleased that Gov. Beshear recognizes the important role of FFA and 4-H members in the Kentucky State Fair and in the future of our Commonwealth,” said Matt Chaliff, executive secretary of Kentucky FFA.

“Kentucky 4-H is very excited for the opportunity for the state 4-H president to serve on the Kentucky State Fair Board as an ex officio member,” said Charlene Jacobs, 4-H Youth Development assistant director. “This is an excellent leadership development opportunity for our 4-H state officer who will represent 4-H youth participating in the many exhibits and events of the state fair. This adult youth partnership is an outstanding example of the commitment the Kentucky State Fair has to developing future agriculture leaders and promoting the agriculture industry in the Commonwealth.”

Members who had been serving on the Fair Board will continue to serve on the reorganized board until the expiration of their term of service.

The Governor’s approved budget included $56 million in General Fund bonds to support the renovation and expansion of the downtown convention center. The enhancements, which are projected to cost approximately $180 million, will help attract larger events and retain events that are outgrowing the current facility. The investment will increase contiguous exhibit space by more than a third, from 146,000 square feet to approximately 230,000 square feet.

Gov. Beshear appointed the following to the Kentucky State Fair Board to serve for a term expiring Dec. 12, 2016: ·         Lois Mateus, of Harrodsburg. Mateus represents the state at large who is involved with or experienced in agribusiness. ·         Michael J. Grisanti, of Louisville. Grisanti represents the hospitality and tourism industry.

For a term expiring Dec. 12, 2016: ·         James Michael Libs, of Philpot, represents the state at large. The Governor also appointed him to be vice chair of the group. ·         Frederick Kelly Sarver, of Carlisle, represents American Saddlebred Horse Association.

Article source: Press release from the Office of the Governor