Glean Kentucky Making a Difference in the Battle Against Hunger 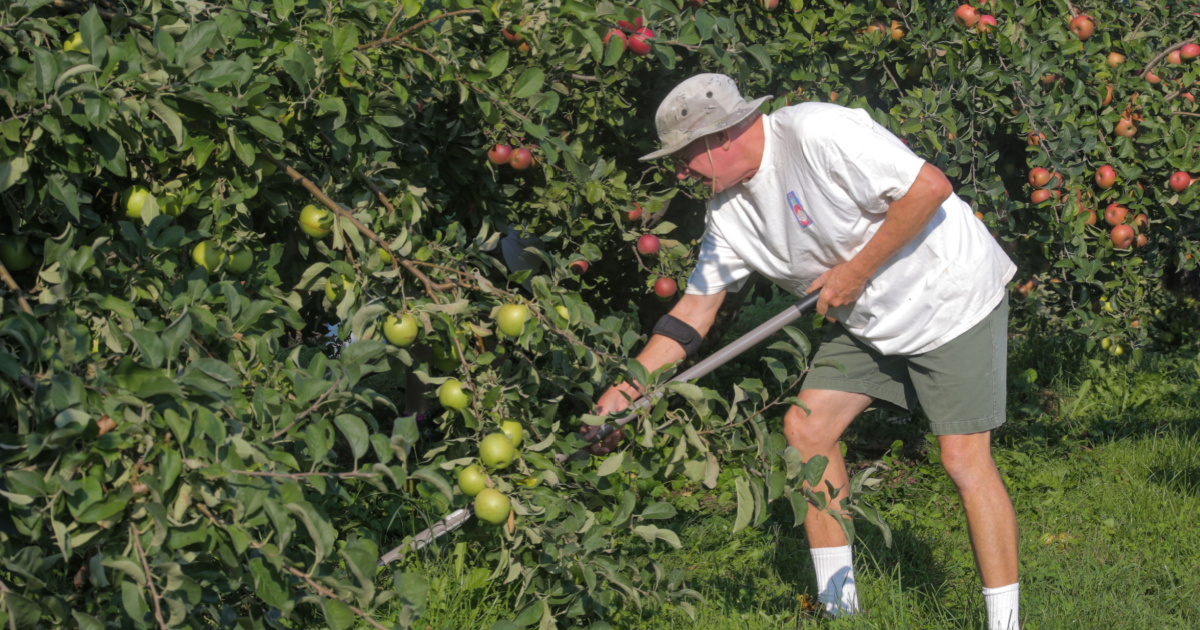 Taking excess food and “seconds” to programs working with food-insecure populations is the “first” priority for this organization.

It has been estimated that more than 40 percent of the food produced in the U.S. goes unused, ending up in landfills. All the while approximately one in six Kentuckians suffers from some level of food insecurity.

The founders of Glean Kentucky recognized that disparity more than a decade ago when they set out to bridge the gap between food producers and the organizations across the state that distribute food to families in need.

Kentucky Farm Bureau has been an avid supporter of the state’s Hunger Initiative and has donated nearly $1 million over the past two years to the cause. The most recent came from their “Clays for a Cause” event, which has raised over $835,000 since it began in 2019.

The 2021 event raised more the $220,000, with a portion of those funds going to Glean Kentucky. "We are grateful for the continued support of Kentucky Farm Bureau Insurance. For a third year, the KFB community has stepped up to make a significant impact on hunger across the Commonwealth through Glean Kentucky,” Stephanie Wooten, Executive Director of Glean Kentucky, said. “We are thrilled to use the funds raised to continue our work of harvesting surplus fresh produce from local farms and connecting it with Kentuckians who need it most. Because of long-term supporters like KFB Insurance, we have been able to bring our work to address food waste and food insecurity to communities across Central and South-Central Kentucky.”

As the name infers, Glean Kentucky utilizes local volunteers to go to various farms, orchards, and even grocery stores, to gather or pick up unused produce to distribute to local organizations that supply food to those in need.

Ben Southworth, the program director for Glean Kentucky, said what proves to be such an advantage for the organization is the relationships that have been built over the years with various farms and community groups that provide valuable food and needed volunteers to make the process work.

“We're able to partner with lots of groups for our volunteers to get out here and gather fruit at orchards or pick up from local farmers and grocery stores," he said.

Volunteer gleaners show up in varying numbers depending on the venue in which they are working, Southworth noted. But show up they do, with seasoned volunteers who have provided a helping hand for many years, and others who are just beginning their relationship with Glean Kentucky.

From the provider standpoint, Southworth said there are several places that have been partnering with the organization for many years. The University of Kentucky (UK) College of Agriculture, Food, and Environment is one such partner.

Dr. Mark Williams, professor and chair in the Department of Horticulture at UK, said the university’s relationship with Glean Kentucky is very important on many levels.

“I think it's part of our mission to help the community and have those relationships and try to be part of a positive impact and solution,” he said. “COVID has taught us so much about the importance of food and the importance of health, and I feel really fortunate that we're in a position to have partnerships like this where we can help.” In 2007, an apprenticeship program began at UK’s Horticulture Research Farm where students grew and marketed produce through a Community Supported Agriculture program. By virtue of meeting customer demands, there is often extra produce available, which is where Glean Kentucky comes in to ensure this produce is distributed to those in need of healthy food.

Williams said this partnership is a good way to teach students not only how to grow and market food, but also the value of being supportive to their respective communities.

“This is consistent with what our goals are, and that's to explore and, in any way we can, help the community,” he said. “In a time where we have more food shortages, food deserts, and food insecurities, when we can help the community in that respect, why wouldn't we do that? It's in keeping with what we were founded on. So is being involved with solutions for some of the food- related problems that we are seeing. I think that's critical.”

Southworth said the farmer connection to Glean Kentucky is a very natural one.

“I always tell people that farmers are some of the most diversely-skilled people in the world,” he said. “They have to be good scientists, good people-persons, good marketers, and accountants, to name a few. “And I think they just really understand people, and the last thing farmers want to do is grow all this food and see any of it go to waste. More often than not, I've just found that these producers are really happy to have us out and to see what they have produced go to a good place.”