Each quarter, 40 basic food items are price-checked throughout the state to gauge current food-price trends. Since the end of 2016, surveyed food items had dropped by a total of $3.79 or just over three percent. 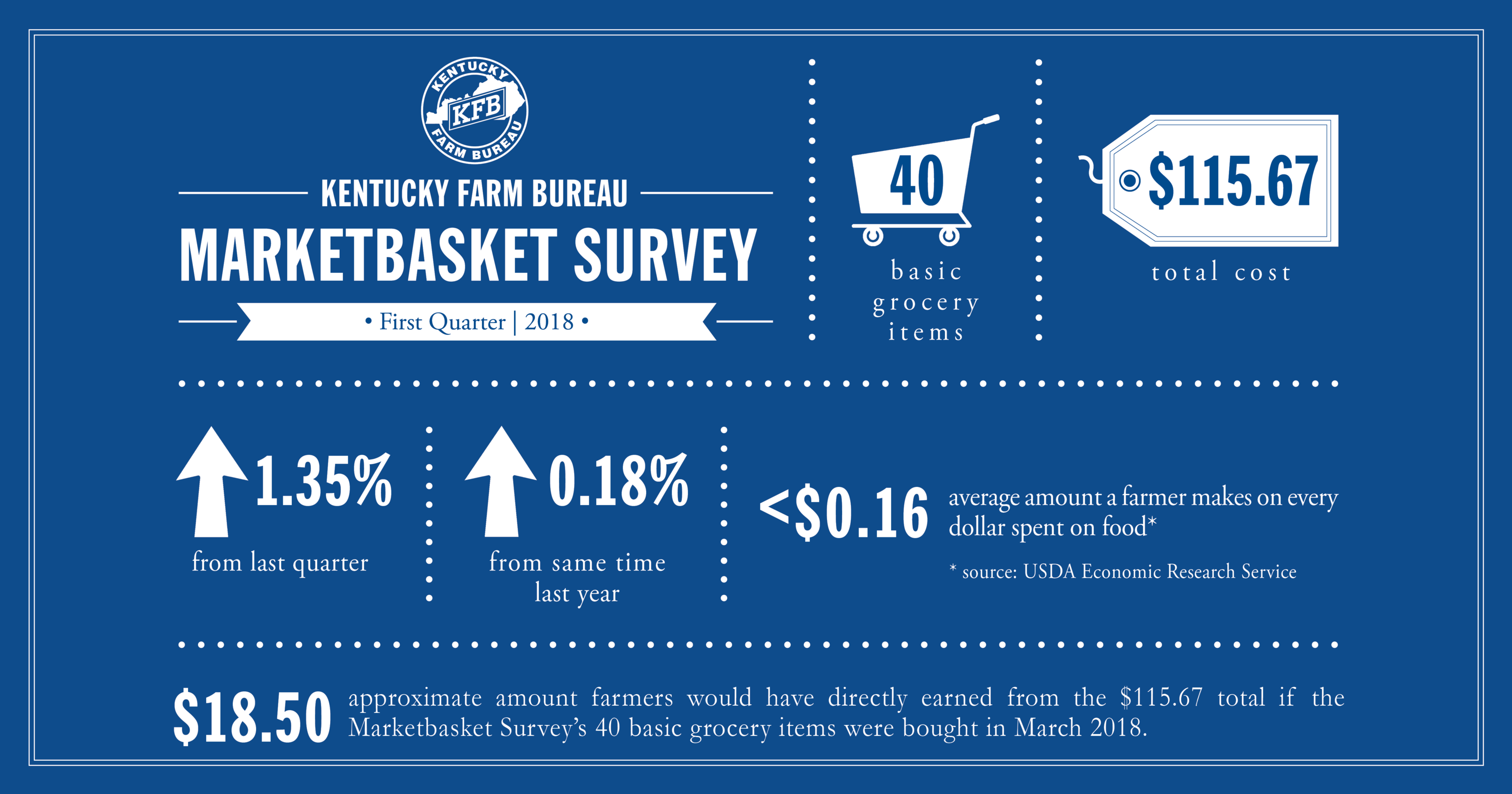 This upward movement in food prices amounts to 1.35 percent or $1.56 more than the price of the same items surveyed during the last quarter of 2017. The total price for all 40 items came to $115.67. While this current survey indicates a rise in prices, as compared to a year ago at the same time, this increase amounts to less than a quarter of a percent.

This increase is somewhat in contrast to what is being experienced on a national level. The latest Consumer Price Index report noted slight declines in most food categories.

This slight CPI decrease comes on the heels of an increase of 1.6 for the food index in 2017.

The first quarter increases in Kentucky were led by the beef, pork, and fruits and vegetable categories with rises of 3.19 percent, 2.51 percent and 6.19 percent respectively. The fruit and vegetable increase comes after two consecutive quarterly drops amounting to more than seven percent. Dairy however, saw a 5.8 percent decrease in prices, a trend that goes back to the third quarter of 2016.

While consumers have noticed, and taken advantage of the lower dairy prices that have existed over the last six quarters, many dairy farmers are feeling the pinch on their farms due to low milk prices and changing market conditions.

During the first quarter of this year, all but one item in that category saw a decrease in price. The exception was a one-pound package of cheddar cheese which remained unchanged from the last survey.