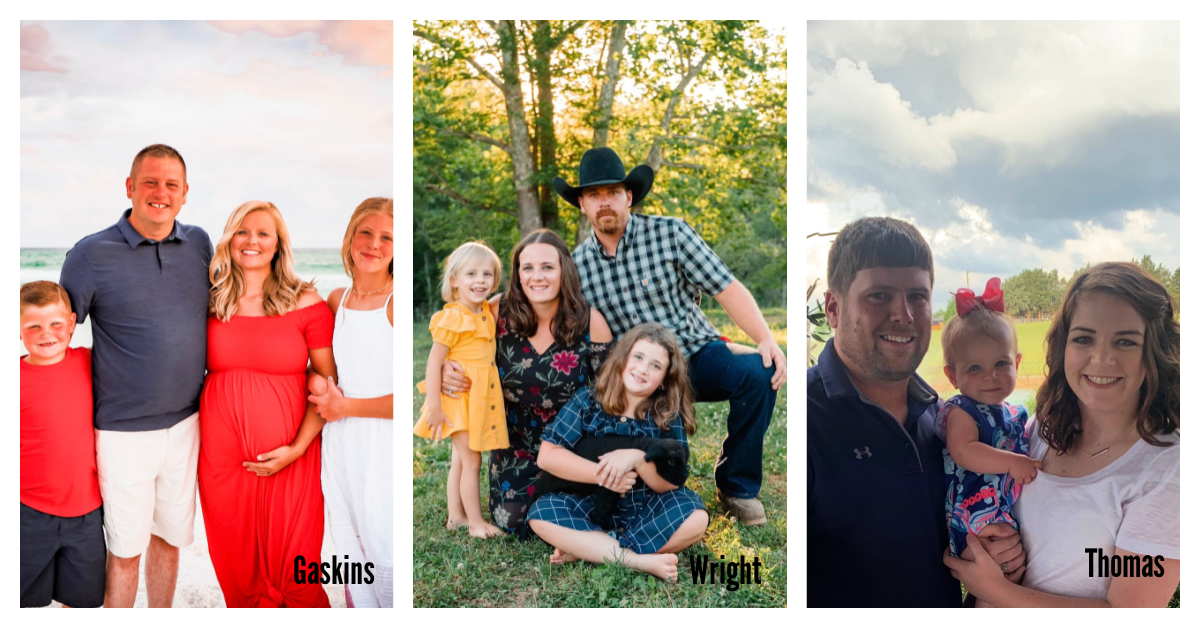 Louisville, KY (July 22, 2021) – Every year, Kentucky Farm Bureau (KFB) recognizes an individual or couple between the ages of 18 and 35 as the Outstanding Young Farm Family (OYFF) of the year.

County Farm Bureaus across the state are encouraged to promote the competition, which recognizes individuals and families who have strong farm management skills, a high level of involvement in Farm Bureau and in their community and have exhibited consistent financial growth through their farm. Each county winner is then eligible for the district and state competitions.

To download photos of the finalists, please visit the link available HERE.

Jonathan and Jessica Gaskins of Adair County are first generation dairy farmers. Jonathan grew up on a beef cattle and grain crops farm, and while Jessica didn’t grow up on a farm, she quickly found a passion for farming after her relationship with Jonathan began.

The Gaskins operate 1,722 acres of farmland and own 533 of the acres. They now produce over 5 million pounds of dairy on their farm each year, which has increased substantially since they began farming in 2008. Their major crops include corn silage, alfalfa hay, and soybeans. In addition to their dairy and row crops, the Gaskins started their sweet corn enterprise as a way to begin a college fund for their children. They recently also added watermelons to their vegetable enterprise.

The Gaskins include their 2 children in their farming operation and are expecting their third child later this year. They have been involved in numerous organizations including the FFA and Adair County 4-H and they hope to get more involved in their Farm Bureau and in the agriculture community moving forward.

Mark and Wesley Thomas of Hardin County, KY both have a love for agriculture and both were raised by parents who also farm. They also both grew up participating in the 4-H livestock club.

Together, Mark and Wesley own 140 acres of land themselves and rent an additional 722 for row crop production. Their major crops include sweet corn, field corn, soybeans and wheat. They began farming in 2006 and have significantly expanded their farming operation since then.

The Thomas’ noted that there is always work to be done at the farm, and time is their most limited and valuable resource. They have a young daughter and say that their family is their top priority. Because both were raised on a farm, they say there’s no better place to raise a child and plan to instill their love for agriculture and the value of hard work in their daughter.

The Wrights began farming in 2007, and their major crops include corn, soybeans, wheat and rye. They also have cattle, sheep and hogs. Additionally, the Wrights own a variety of other animals, such as donkeys, alpacas, and ducks that are used for educational purposes by the Seneca FFA.

Daniel and Kristan say that in the next 5 years, they plan to expand their sheep and cattle herds. In the near future, they also plan to increase their hay storage and grain storage and to purchase more land as their operation continues to grow.  They also noted that they plan to be even more involved in their county Farm Bureaus in the future as well.