Kentucky Farm Bureau’s (KFB) latest Marketbasket Survey indicates food prices dropped once again during the fourth quarter of last year. This continues a trend seen throughout the last two years of the survey.

Each quarter, 40 basic food items are price-checked throughout the state in an effort to gauge current food-price trends. Since the end of 2016, surveyed food items have dropped by a total of $3.79 or just over three percent. 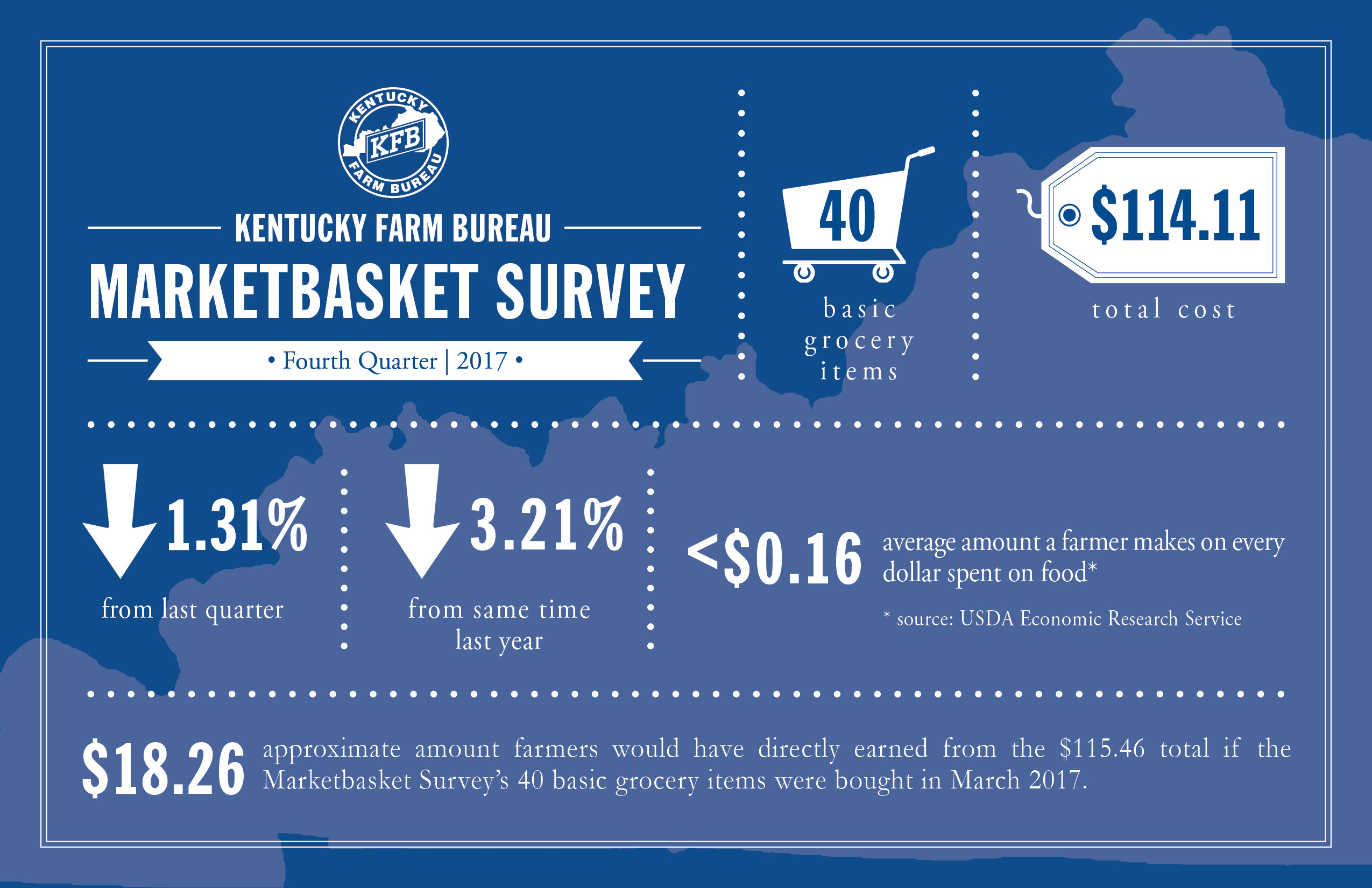 Quarterly declines by category came from fruits and vegetables, grains dairy and pork while slight increase came in the beef and poultry categories.

The declines seen statewide for these specific food costs are in contrast to the Consumer Price Index from last year. The CPI food index rose 1.6 percent in 2017. That index was mixed according to last December figures with slight increases for meats, poultry, fish, and eggs and small declines in dairy and related products along with fruits and vegetables.

The price for rib-eye steaks increased by $0.78 per pound while sirloin steaks dropped in price by $0.65 per pound. Overall beef category items saw a modest increase of $0.34. Both large and extra-large eggs increased in price by $0.10 and $0.18 cents per dozen respectively while cut- fryer prices decreased by $0.21 per pound. Apples dropped $0.56 per pound while a 10 pound bag of potatoes declined by $0.42.