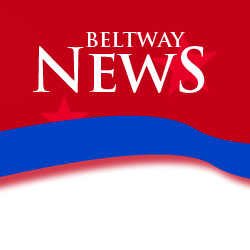 Waters of the U.S. (WOTUS) Proposed Rule The proposed "Waters of the U.S." rule from EPA and the US Army Corps of Engineers would change the regulatory environment by essentially redefining waters of the U.S. by circumventing the term "navigable" when determining jurisdictional boundaries.  This is accomplished by  applying a "significant nexus" concept that would connect waters through hydrological or proximity connection to traditional navigable waters.  As a result, the agencies could essentially expand oversight to isolated ponds, puddles or ditches; areas that may hold water only for a short time following rain events.

The proposed rule that would revise the definition of "waters of the United States" for all sections of the CWA.  The proposal makes significant changes to existing regulatory definitions by circumventing the term "navigable" and asserts categorical jurisdiction over certain waters that were previously subject to state authority or were subject to case-by-case determinations.  The new terms and definitions along with the agencies statement that they will use their "best professional judgment and experience" in interpreting CWA jurisdiction results in significant regulatory expansion and creates more confusion about whether certain waters are "waters of the U.S."

The stated purpose of the rule is to provide clarity to entities regulated under the CWA.  However, because of the ambiguous terms used in the proposed rule, the resulting confusion could lead to the agricultural community facing increased litigation over what are considered normal farming practices.  There is also a concern that current CWA exemptions would only apply to "established" farming activities ongoing at the same site since 1977 if this rule is implemented.  That means farmers might have to spend valuable time and resources to secure permits prior to fencing, planting, or applying crop inputs on their farms.

Farm Bureau leaders are encouraged to submit comments urging the EPA and Army Corps of Engineers to withdraw the proposed rule.  Comments can be easily submitted at Regulations.gov but must be submitted no later than October 20, 2014.  Simply type in your comments, or attach your previously prepared comments in the form of a PDF by clicking on this site, Regulations.gov.

The proposed rule, background material, sample comment letters and talking points on the WOTUS proposed rule can be viewed at kyfb.com.  Leaders are encouraged to submit comments that reflect the impact this proposed rule would have on their farming operation.

Final Tobacco Buyout Program Payment Nearly a year ago the Office of Management and Budget (OMB) announced the final Tobacco Transition Payment Program  (TTPP), or Tobacco Buyout Payment, would be subject to a sequestration cut of just over 7 percent of the payment.  Kentucky Farm Bureau vigorously opposed TTPP being subject to sequestration and after much discussion, and effort, the OMB decided that while the final payment would not be paid in full in Fiscal Year 2014, the portion withheld would be paid at the beginning of Fiscal Year 2015.

Most producers and quota holders received 95 percent of their final payment this past February.  The 5 percent withheld should be received shortly after October 1, 2014.