WASHINGTON, D.C., September 6, 2012 – Stormwater runoff from tree harvesting and other forestry activities, like most agricultural activities, should not be subject to federal Clean Water Act permitting requirements, according to a friend-of-the-court brief filed with the Supreme Court by the American Farm Bureau Federation and other farm groups. 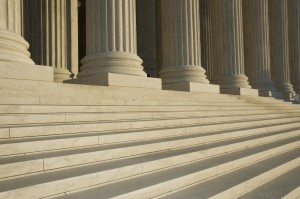 In 2011, the U.S. Court of Appeals for the Ninth Circuit invalidated the Environmental Protection Agency’s Silviculture Rule, relied on by forest landowners for 35 years. In urging the Supreme Court to reverse the decision, AFBF and the groups explained that Congress confirmed in its 1987 Clean Water Act amendments that stormwater from both agriculture and forestry—whether harvesting crops, raising livestock or harvesting trees—has always been intentionally excluded from federal permit requirements.

“Congress has never allowed EPA to be in the business of mandating particular forestry practices, any more than it allows EPA to regulate how crops are grown,” said Ellen Steen, AFBF’s general counsel. “Congress has always recognized that stormwater runoff from these activities, whether it flows through a ditch or not, is best left to state and local authorities. And states have been very successful in designing their own programs to protect water quality,” she explained.

The lower court’s ruling invalidated EPA’s 1976 Silviculture Rule, concluding that logging roads and associated stormwater collection systems must be viewed as “point sources” of pollution regulated under a national scheme—EPA’s National Pollutant Discharge Elimination System permit program. The farm groups argued that the lower court ruled incorrectly that logging (harvesting trees) is “industrial activity,” concluding that stormwater discharges from those activities must be authorized under an NPDES stormwater permit as part of EPA’s stormwater regulations. The Supreme Court has agreed to review the decision.