Posted on Apr 8, 2013
WASHINGTON, D.C., April 8, 2013—The American Farm Bureau Federation is sending a farm bill proposal to Capitol Hill today. Approved this weekend by the AFBF Board of Directors, the proposal offers a diverse mix of risk management and safety net tools to benefit a wide range of farms and it saves $23 billion compared to the cost of continuing the current program. 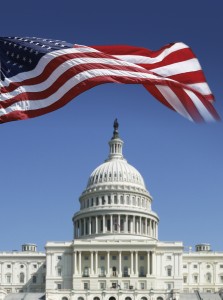 ·         Protects and strengthens the federal crop insurance program and does not reduce its funding.

·         Provides a commodity title that works to encourage farmers to follow market signals rather than making planting decisions in anticipation of government payments.

·         Refrains from basing any program on cost of production.

·         And, ensures equity across program commodities.

“There is far less money this year than last with which to secure an adequate safety net for the many family-owned farms that make up the bulk of America’s agricultural system,” Stallman said. “Last year, Congress merely extended the old 2008 farm bill until Sept. 30 of this year. Now, while unfortunately we have less money to work with, it is vital that Congress complete a new five-year farm bill this year. Doing so is in the economic interest of our entire nation.”

Stallman said the goal of the American Farm Bureau proposal is to provide a measure of fairness among regions and crops, while providing each commodity sector a workable safety net provision for farmers who grow that crop.

“Farm policy should provide a strong and effective safety net and viable risk management programs for farmers that do not guarantee a profit but, instead, protect them from catastrophic occurrences,” Stallman said. “We also want to ensure that terms of our farm programs do not affect a farmer’s decision of which crop to plant. The program must comply with our World Trade Organization agreements.”

Farm Bureau supports a program that reduces complexity while allowing producers increased flexibility to plant in response to market demand.

We support producers being allowed a choice of program options.

Specifically, the AFBF proposal calls for a three-legged safety net for program crop farmers that includes: a stacked income protection plan commonly called STAX; an improved crop insurance program; and target prices and marketing loans. Under the proposal, all program crop farmers would have access to the marketing loan and crop insurance provisions and they would then select between a target price program and STAX to round out their safety net option.

The AFBF proposal also supports extending provisions of the STAX program for apples, potatoes, tomatoes, grapes and sweet corn. Covering these five specialty crops will benefit fruit and vegetable producers in 44 states. Eventually, Farm Bureau would like to cover all crops under a STAX program in the future.

“While we would have liked to have provided a STAX program for all commodity programs under the same terms as those provided to cotton last year in the Senate bill, funding is insufficient to do so,” Stallman explained.

Because of funding limits, AFBF is proposing modifications be made to STAX for all eligible commodities. Those modifications would: reduce the crop insurance premium subsidization to 70 percent from 80 percent; not offer the multiplier option; not offer a harvest price option; allow STAX to be based on yield or revenue at the discretion of the producer; and allow purchase only as a buy-up policy with a 10-25 percent deductible rather than also providing for a stand-alone policy. In addition, under the STAX program suggested by Farm Bureau, no payments would be made until the county average revenue or yield fell by 10 percent from the historic amount.

A target price program for all program commodities would be available except for cotton. Due to terms of Brazil’s WTO cotton case against the United States, cotton farmers would likely not be eligible for a marketing loan at the current level or any target price.

For other crops, target price levels would be based on the marketing-year average price from the past five years (2007 through 2011) and those projected by the Congressional Budget Office for the next five years (2012 through 2016). To establish the actual target prices and provide general equity across crop sectors, these 2007-2016 average prices are reduced by 25 percent for corn and soybeans, 15 percent for wheat and 10 percent for rice and peanuts. Wheat has an adjustment of only 15 percent because it is produced mostly in the larger counties, making area yields less representative of individual producer experience and therefore less effective as a risk management tool.

The smaller 10 percent adjustment is applied to peanuts and rice as both crops lack insurance products that function as well as those available to the major grain and oilseed commodities. AFBF suggests the same 10 percent loss threshold be used to determine appropriate target price levels for rice and peanuts. The target price will be based on 85 percent of planted acres, but not to exceed a producer's historical base acreage. This provides a safety net more accurately addressing the risks associated with current production decisions and eliminates the present mismatch between payments and actual production or market conditions. Capping the payment acres at the historical base minimizes any potential distortion of a target price system.

The Senate Agriculture Committee will likely begin markup of a comprehensive, long-term farm bill this month, while the House Ag Committee is considering moving a bill after the Senate Ag Committee completes its mark up.