Posted on Jun 27, 2013
If you do your food shopping at Kroger or WalMart, you may have come across products made by a company located in rural Union County in West Kentucky. You had no way of knowing that --  unless you carefully checked the label’s small print. 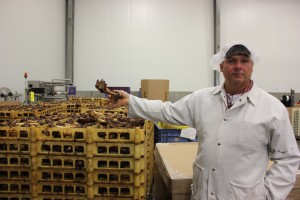 The company is a partnership of Jimmy and Linda Baird and David and Connie Simmons. Jimmy and David became acquainted many years ago at hog shows, and then formed a company that became one of the largest hog producers in the state.

Jim David Meats began in 1991 and has enjoyed remarkable growth as result of entrepreneurial and marketing skills. The company that began as a small family operation now ships its products nationwide and has reached several diverse markets.

“I started farming at the age of sixteen,” said Jimmy Baird.  “After graduation, I went to work welding barges in Evansville while Linda studied to be a nurse. I had never worked for anyone but my dad, and after a year I decided to come back home. We started renting hog houses and expanded to 1,500 sows. That’s when we met David Simmons.”

The Bairds owned and operated a small-scale meat company for five years prior to forming Jim David Meats.

In 1997, the company built a new facility and started slaughtering pork, beef and chicken.  They delivered within a 100-mile radius to businesses like Moonlight Barbeque and the Big Dipper restaurant, both in Owensboro.

“We started making fully-cooked hams,” said Jimmy.  “And we bought a small smokehouse.  However, the first batch of hams we made didn’t cure right, so we had to seek some help.” 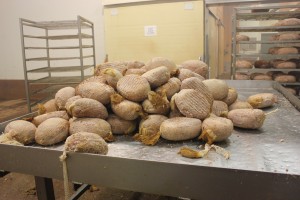 The Bairds brought in the operator of a spice company in Chicago for advice about curing hams.

“We ended up selling 3,000 hams that year, and then bought a bigger oven,” Jimmy recalled.  “Then we accidentally caught our small oven on fire and had to wait six months to get a new one.”

“We built Little Kentucky Smokehouse in 2000 and it opened in 2003,” said Jimmy. “The first week we were in business, we showed some of our hams to Kroger.  They wanted to do an audit on the plant before they decided to do business with us, so they flew in from their corporate office.  Well, we only had six employees at that time and the plant was not quite up to speed.”

Jimmy paused, laughing a little, as he recalled the audit.

“So we took the Kroger representative through the plant and things kept breaking down, but she never saw anything because it was happening as soon as we left each area. Besides that, we had to move employees from one room to the next so she could see people working, even though we didn’t have enough employees. We told her later what happened and she laughed about it.  Well, God must have been with us that day because we got four million pounds of business from Kroger.”

Little Kentucky Smokehouse, LLC operates a 35,000 square-foot plant that is one of the most advanced plants in the country. Little Kentucky Smokehouse hams are hand-selected and hand-trimmed, and it takes 62 man hours to make one ham.  Some of the company’s products are brown sugar glazed ham, maple brown sugar ham, premium black forest ham, and Jim Beam bourbon ham.

“We ship our products nationwide every week,” Jimmy said.  “David Simmons handles the freight and shipping end of the business, along with two of his sons. My sons are involved in the business as well.” 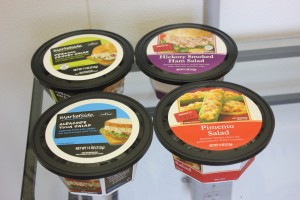 Another inventive method of marketing new products came in the form of left-over ham bones.

“We weren’t sure what to do with them,” said Jimmy. “So we called Wal-Mart and talked to the woman in charge of buying pet treats.  She said she was interested, since so many pet treats are manufactured in China and she wanted to find a U.S.-made product.  So, we started selling ham bone treats for dogs under the Exer-hides brand to Wal-Mart.  They sell 72,000 bones a week at the stores nationwide.”

Their new ventures did not stop there.  Working with Famous Dave’s, Jim David began making a barbeque sauce.

“We started doing barbeque ribs to ship them to our military in Iraq,” said Jimmy.  “We have been doing that for two years.  We cook 8,000 slabs of ribs at a time and we ship them to Chicago and St. Louis, then to Iraq.”

Soon after they started making ribs, Jim David began selling them in a party tray to Wal-Mart, along with pulled pork and meatballs.  The first order they placed was for 40,000 party trays.  Then an even more exciting deal came along when the Bairds entered the running to produce a line of ribs for basketball great Charles Barkley.

“Mr. Barkley was hunting for someone to make barbeque ribs,” said Jimmy.  “And he was talking to some other companies.  Well, Charles Barkley’s mother had to approve of the ribs, so we sent a batch to her.  She loved the ribs, and three weeks ago we shipped the first batch to 250 Publix stores.”

Now they are working on developing a line of Italian sausage for NASCAR driver Jimmie Johnson.

The company that had only a handful of employees when Kroger visited now has 150 at its facilities near the tiny farming community of Uniontown.