Posted on Oct 5, 2012
FRANKFORT, Ky. — The hundreds of farmers, markets, truckers, and veterinarians swindled out of millions of dollars by the bankrupt Eastern Livestock cattle brokerage company may soon see some justice. Agriculture Commissioner James Comer’s call for the stalled bankruptcy process to be placed into global mediation has proven successful. The victims will participate in a global mediation in Louisville, Kentucky on October 9-10, and Commissioner Comer is optimistic that long- overdue disbursements will follow very soon. 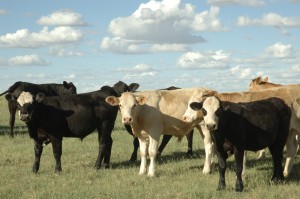 “These valued members of our agriculture family have suffered enough,” Commissioner Comer said. “We are grateful the process is now moving in the right direction, but we will continue to watch closely and keep the pressure on until the last check is cut.”

Several of the Eastern Livestock culprits pled guilty to criminal charges in what has been called a check kiting scheme. The cattle brokerage company was forced into bankruptcy in December 2010, and to date, no disbursements have been made to the victims. A bankruptcy judge appointed a trustee to manage the payments, but questions regarding his motives and delays have resulted in motions to remove him from the case.

Comer blasted the bankruptcy process in a press conference at the Kentucky State Fair, where members of the Kentucky Cattlemen’s Association (KCA) and victims of the scandal explained how all their money was being eaten up by litigation fees, court costs, and delays by the trustee. Since that time, more questions are being asked regarding who knew what Eastern was doing and when they knew it.

“When the truth all comes out, this will be one of the greatest injustices ever done to our cattle and farming community,” said KCA Executive Director Dave Maples. “This mediation is the first positive step we’ve seen, and we are hopeful that this case continues in a direction that puts the victims first.”