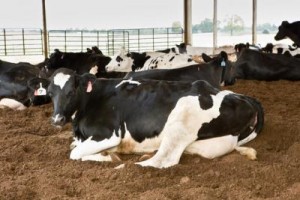 The annual “ June Dairy Month” promotion salutes dairy farmers and processors for their work in supplying consumers with quality products. In Kentucky, this relates to just over 700 dairy farms that supply milk to processors like Deans Foods, Winchester Farms (Kroger’s supplier), Flav-O-Rich, Morningstar and Southern Belle.

Kentucky also has about a dozen small businesses making cheese or ice cream.

The market for dairy farmers is highly cyclical, but has been good in recent years. But that doesn’t mean all is well because what was once known as “nature’s perfect food” oftentimes finds itself under attack by claims that modern production practices are impairing milk quality.

It started with a man-made growth hormone that some dairy farmers used to extend production from cows toward the end of their normal 10-to-12 month production period. Although the U.S. Food and Drug Administration approved the hormone, and the American Medical Association concluded that milk and meat from treated cows is safe for human consumption, fear mongering from some special interest groups generated public concerns.

As a result, retailers forced milk marketing cooperatives to pressure dairy farmers to stop the practice, and they have.

Then there’s the issue of antibiotics in milk. That’s another false assumption. “Raw milk is routinely tested for antibiotics at the farm and is always tested before it is unloaded at the milk plant. If a load is found to be positive, the load is discarded.” Maury Cox, Executive Director of the Kentucky Dairy Development Council, wrote in a column for “The Farmer’s Pride.”

In what The Associated Press described as “an encouraging development for consumers worried about antibiotics in their milk,” the U.S. Food and Drug Administration recently released the results of a two-year study showing little evidence of drug contamination from milk tests involving 1,900 farms. Less than one-half of 1 percent of the total samples showed illegal drug residue. The FDA concluded: “These findings provide evidence that the nation’s milk safety system is effective in helping to prevent drug residue concerns in milk.” This made national news. Dairy industry interests hope this resolves that issue once and for all.

“Some of our biggest frustrations come from advocacy groups painting us as generally uncaring about our animals,” said Curtis Coombs, a third-generation dairy farmer in Henry County. “We only give antibiotics to our animals when they are sick, and even then we make sure none of their milk goes into the tank until an approved withdrawal period has passed.”