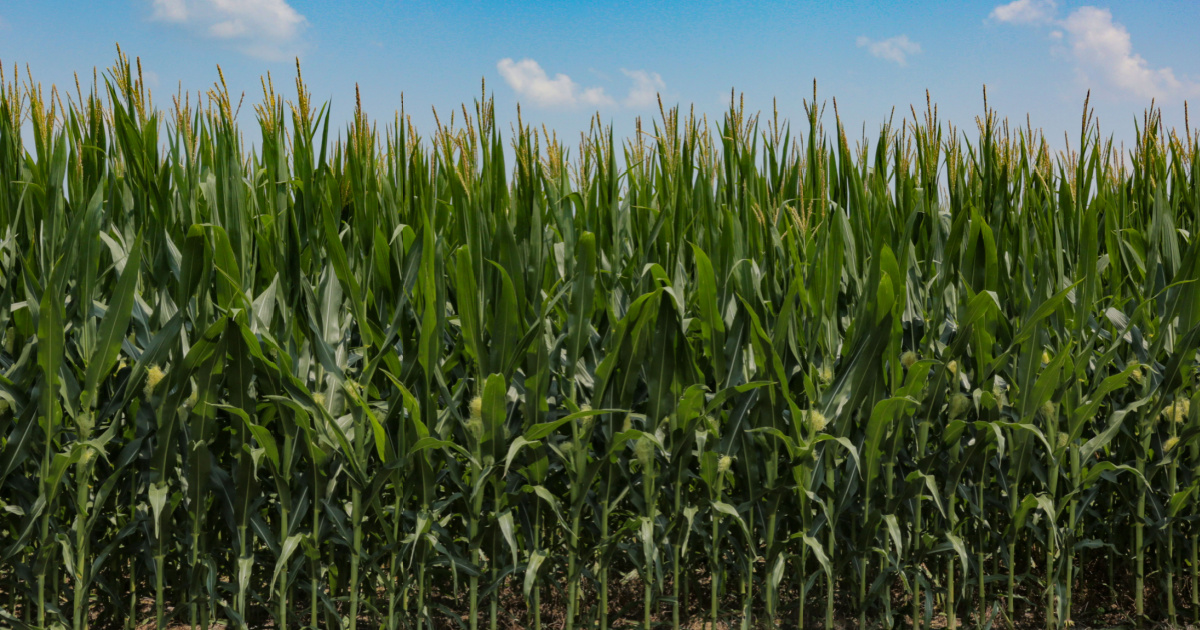 Despite a late spring cold spell and a wetter-than-normal beginning to the growing season, this year’s crop conditions have remained solid, but farmers aren’t throwing a party just yet.

With a wheat harvest in the books and crop conditions on the good to excellent side, for the most part, Kentucky producers are holding out hope that favorable growing conditions continue throughout the remainder of the growing season.

The latest information released on July 12 by the Kentucky Field Office of the USDA’s National Agricultural Statistics Service noted the potential for a top five wheat harvest for the state. Forecast numbers predict a record yield expected to, “eclipse the previous record of 80 bushels per acre, set in 2016.”

“If these forecast numbers hold up, this will rank as the fifth largest production in Kentucky history,” he said.

This wheat crop is expected to be up a whopping 49 percent over last year’s crop, which saw a lot of damage from a late spring freeze. An expected yield of 86 bushels per acre would be an increase of 23 bushels from 2020.

In addition to the good wheat news, the latest crop conditions report noted corn and soybeans were also looking favorable as growers hope for continued stability in the markets.

“It was very frustrating in the early months of planting and the growing season, with a lot of rain and cool weather, our crops started out slowly, and it looked like we couldn't get our roots down to where they needed to be,” he said. “But finally, the weather warmed up and the rain subsided just enough for these crops to really dig in and grow during mid-June. And right now, they look good. It’s certainly too early to tell if we're going to have a super crop, but I think it is a good crop overall.”

From a price-point perspective, Mackey said better grain prices are just what producers needed at this time.

Mackey noted that input costs have risen dramatically over the years and the inherent cost of producing a high-yielding crop are staggering, so conservatism might be the key for those producers who understand what it takes to grow a crop.

“I can walk out the front door after a little rain and smell corn pollen and you know that God is at work out there in the fields,” he said. “So, all that we've done up to this point is important, but the real work starts now.”

Mackey said as the need to be efficient and “green” at the same time continues to increase, it should be noted that many ag-related practices are necessary to ensure success.

“The helicopters will soon be flying over many crops to apply fungicides when needed, all in an effort to protect those crops, and we must protect those crops” he said. “These measures are safe and a necessity to not only make sure the farmer gets optimum yields for sustainability purposes, but to accommodate the consumers’ need for good quality grain, as well.”

While grain production in Kentucky has grown exponentially over the years, tobacco still serves as an important cash crop to many farm families. And the Commonwealth is still one of the top tobacco-producing states in the country.

“We started off the season a little bit slow, but everything's looking a lot better and the rain we had in early July helped push the crop on out,” he said. “Hopefully we can keep the disease threat down and get enough water and sunshine to make a good crop.”

Clark, a tobacco producer from Green County and chair of the KFB Tobacco Advisory Committee, acknowledges that getting that right weather combination is out of a grower’s hands, so having that hope is something to always hang on to.

“I'm pretty optimistic and realistic at the same time I guess,” he said. “We did see a bit of a rise in prices and I feel like the demand for it is better than it's been for a few years, but we still have challenges. Besides the disease pressures we’ve dealt with over the last few years, labor continues to be a huge challenge, as well, especially when it comes to the continued increase in H-2A wages.”

A report from the American Farm Bureau Federation stated, “While a 4.5 percent single-year increase is sizable, the 2021 AEWR jump comes on the heels of several years of considerable wage rate increases. Over the last five years, the national average AEWR has increased by 20 percent.”

While grains and tobacco make up about 38 percent of total state ag cash receipts, forages play an important role in the overall agriculture picture, as well.

University of Kentucky College of Agriculture, Food and Environment Forage Extension professor Jimmy Henning said hay production has been good despite the many fields damaged due to late winter flooding and a wet spring.

“It was a bad start, with a wet spring, and some flooding of bottom fields, which I've seen some of those to be almost a complete wash out, but they've come back pretty well,” he said. “However, some of the farmers had to move some sediment off of fields, and so it's not without some remedying on the farmers' part that they have been able to come back.”

Henning added that the first hay run this season was mostly successful, but for those who got a late start, the hay will still be useful.

“Like a lot of years, if you don't get that first cutting when you get a little opportunity, it gets late and then you wind up making a little more mature hay, but we can still use that hay,” he said. “It's not the end of the world if we make some mature grass hay, because it’s good for dry cows, and we can test it and know how to feed it, and there's some comfort in just knowing you've got enough.”

Hay producers are fortunate to have the ability to run those tests by sending samples to the Kentucky Department of Agriculture. County extension agents are promoting the testing process as part of their county education programs.

As the season progresses for all crops, it is worth noting that Kentucky farm families have developed a reputation for being excellent crop producers, which is reflected in continued overall yield increases. But being mindful in their work and hopeful in their needs for adequate weather conditions will definitely help to finish this season on a high note.

John Gordon, with the national Weather Service in Louisville said though there was some dry weather in the state in the spring, especially the eastern part of the state where abnormally dry conditions had set in for a while, plenty of rain has fallen since.

“Currently there are no areas of drought in Kentucky, and looking forward, …there are currently signals that suggest the first half of August may actually lean cool and wet,” he said. “Looking at this winter, a La Nina watch is in effect, which means La Niña conditions are expected to develop for the winter months. For the Ohio River Valley, that usually means a wetter than normal season. Of course, there are many other factors that go into our resulting weather in addition to La Nina.”