Connecting Broadband to the Last Mile 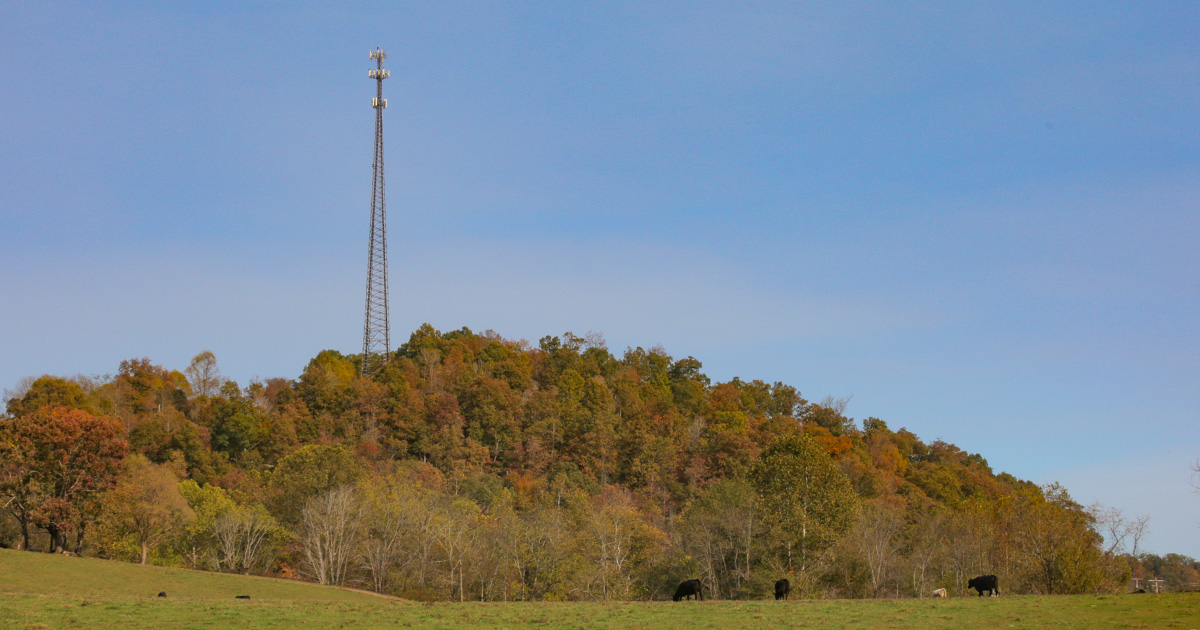 MARION, Ky. – The small West Kentucky county of Crittenden is typical of rural areas in the state or across the country. Agriculture is the top economic driver; the area is home to many small-town family businesses; and with a population of just over 9,000, knowing your neighbors is a common occurrence.

But within a 200-mile radius of the county seat, Marion, there are well over two million people in some of the largest cities in the country.

Being isolated is not a way to describe this area which lies in the heart of some of the largest agricultural-producing counties in the state.

But, if you measure Crittenden County by its broadband connectivity ability, you might as well be on the moon said County Judge Executive Perry Newcom.

“Our community is very underserved with internet service and providers. With respect to changes that have taken place due to the COVID-19 pandemic, the issue of connectivity has gotten worse, especially for our students being relegated to work from home by virtue of remote learning,” he said. “Most of the students' families have no internet capability at all in their homes.”

And the problem reaches far beyond the educational sector. Most businesses have connectivity issues, as does the local government and farm families depending on the service further out in the county.

Newcom said he has been working on the problem since coming into office in 2011.

“I've been fighting and looking for funding mechanisms for providers to partner with, to be able to provide broadband service because we all, the entire fiscal court, realize the need, as does the school system,” he said. “It's been almost impossible in a rural community, because of our low population.”

Newcom added that most providers look at the situation from a cost benefit ratio analysis and with the low population numbers, they're hesitant to put in any infrastructure because of the timeframe they're looking at for cost reimbursement.

“We all get that point, but I don't think everyone that lives in rural Kentucky and rural America should be expected to move to urban areas where the service is more readily available,” he said.

Newcom is facing a problem similar to what many other local government leaders are encountering. With a student population and many in the workforce still working remotely, the problem is more apparent than ever, said Kentucky Farm Bureau (KFB) President Mark Haney.

“This issue of rural broadband service has been high on our organization’s list of priorities for a number of years,” he said. “But this pandemic has brought the matter to the attention of many other organizations, businesses, and government officials at all levels in a way we had not seen before. And now that we have that attention, it’s time to do something about it, once and for all.”

KFB recently introduced an initiative that has brought internet hotspots to all 197 of the organization’s offices throughout the state allowing anyone to park in a designated area at each office and connect, free of charge, to the internet.

“We know this is not a total fix to the problem,” Haney said. “But, if we can help a student, business owner, farmer or anyone else in those communities, then I feel we are moving in the right direction. What we have to do now is move beyond just local parking lots until there is adequate, affordable service everywhere.”

Newcom said the local Crittenden County fire departments are setting up hotspots, as well, with the help of the school system, and the local library also has made parking lot internet access available, in addition to their local Farm Bureau office. And while a proper infrastructure plays an important role in taking the next steps to adequate coverage, it isn’t the only holdup for this community and others like it.

“We have a provider that has installed a fiber optic network in our county, but they won’t turn on the lines due to our low population numbers,” he said. “So, it’s not necessarily a question of getting an infrastructure in place but it becomes an issue of money. They basically say the cost to light it up is too great for the return they would get based on the population. So, it's almost as if they have achieved the appearance of providing service coverage for the community, but in actuality it’s not because the service is not active.”

Working together to solve the problem

One advantage that seems to be more prevalent in rural communities is a willingness to work together, whether through local businesses and organizations, or through area fiscal governments. Newcom said Crittenden, along with the neighboring counties of Livingston, Caldwell, and Lyon, are working together to create a feasibility study that would give providers a look into just how big a customer base could be in that collective area.

“I've been a firm believer since day one in this position that you've got to work on a regional basis,” he said. “Each of our communities are too small to do all the things we need to be doing and do it effectively, both from a service provision standpoint of view, as well as a feasibility point of view. And anytime you can get multiple partners engaged and involved and working together, I think it's a win-win situation for everybody that's involved.”

Newcom added that this feasibility study is going to provide information that will show providers the opportunity that exists within that area with the number of businesses and individuals willing to sign on to the service.

Haney said that idea of working together has long been beneficial in the agriculture industry and sees it being just as valuable in getting rural communities on the “broadband map” when it comes to getting service to the proverbial last mile.

“Before this pandemic hit, we convened a group of stakeholders together to discuss this issue in finding common ground that would allow the whole issue of broadband connectivity to move forward,” he said. “While the discussion was beneficial, we need to continue these types of meetings in working toward a common goal as a collective group rather than in individual silos.”

In a perfect world, this issue would not exist and when asked what getting adequate service to his county would mean for those Crittenden County communities, Newcom used the word “hope.”

“I think, for us, it would mean a resurgence in some of our population loss, based on the interest I know is out there from the phone calls I've received from those willing to move back to Crittenden County if we had high speed internet,” he said.

Newcom emphasized that the success of any community is based on growth and expansion, and he feels as though there are great opportunities for his county and its residences if adequate broadband coverage can be achieved.

“It's just a matter of getting all the pieces of the puzzle put together at the same time with the right representation at the right time,” he said. “I see this as important, if not more important, than the electrification of rural Kentucky back in the 30s. It's just something that has to happen at this point, somehow, some way.”

The bill also clarified that the broadband deployment fund will be used to provide assistance to construct infrastructure for deployment of broadband service to underserved and unserved areas of the Commonwealth.

“HB 362 was a good legislative step in moving forward on the issue of adequate broadband connectivity,” said KFB President Mark Haney. “But a lot of work remains in order to reach the goal of having broadband and high-speed internet service available for the benefit of all Kentuckians. We need this service more now than ever before, and it will take all stakeholders coming together and support from our legislators to make it happen.”

"Support efforts and incentives to improve and provide all telecommunications in rural Kentucky."

"Support broadband and high-speed internet service being available for the benefit of all Kentuckians."