Undoubtedly, America’s food supply is one of the greatest in the world. Our food production couples the best of conventional farming with historical and organic practices to give consumers an infinite variety of safe, high-quality food.

So, why are there still modern agriculture skeptics? 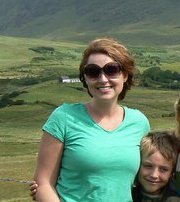 Some blame social media. Critics say that anyone with a computer and an opinion can spread misinformation about agriculture. But, bloggers shouldn’t so easily be dismissed. That’s where many consumers get their information and form their opinions – on the blogosphere. Just as importantly, more and more reporters are following blogs, Facebook and Twitter for story leads and background information.

So, the important question really is, what can agriculturalists do to foster relationships with skeptics that result in productive dialogue about modern agriculture?

Many farmers and ranchers are headed in the right direction. They are reaching out to consumers through social media to advocate past the farm gate. They are designing business plans based on consumer demand. And, they are meeting the skeptics head on with transparency into their farms and sound reasoning behind their business decisions.

And guess what? These farmers are coming out on top, finding new customers and providing useful information to the next generation of buyers. They understand that consumers have questions about their food (and rightfully so!) and they are doing their best to address their concerns. Because of the tech-savvy world we live in, farmers know that people get their information online in real time. And if you can’t beat them, join them!

In just a few short years, farmers have seen the beginning of a shift in consumer opinion about agriculture. And while there are still some skeptics, at least meaningful dialogue is taking place. Farmers are being innovative, reaching out to opinion leaders and shapers through social media and other means – whether it’s in a newsroom or a classroom, at a local business meeting or in the blogosphere.

We can no longer play the blame game when it comes to agriculture critics. Either people like the way we do things or they don’t. But, they should at least have the opportunity to know the facts and reasoning behind modern farming practices instead of being dismissed or criticized. And while we can’t win everyone over, we sure can try. But, as the old adage goes, it’s easier to catch flies with honey than with vinegar.