Louisville, KY (December 6, 2019) – Recognized for outstanding programming and for having a positive impact on both the community and its membership, Butler County Farm Bureau was honored as Kentucky Farm Bureau’s (KFB) “Top County” in 2019.

Volunteer leaders from Butler County received the award at a recognition breakfast held this morning during the 100th KFB annual meeting at the Galt House Hotel in Louisville.

The “Top County” announcement headlined more than 90 membership program and insurance honors presented during an awards breakfast this morning. Butler County, which has 2,095 members and a variety of successful service programs, was also honored as the most outstanding in the membership category for counties with 2,600 or fewer members. Breckinridge County (2,969 members) received recognition among the counties with 2,601 to 4,200 members, and Madison County (7,555 members) won top honors among counties with more than 4,200 members. 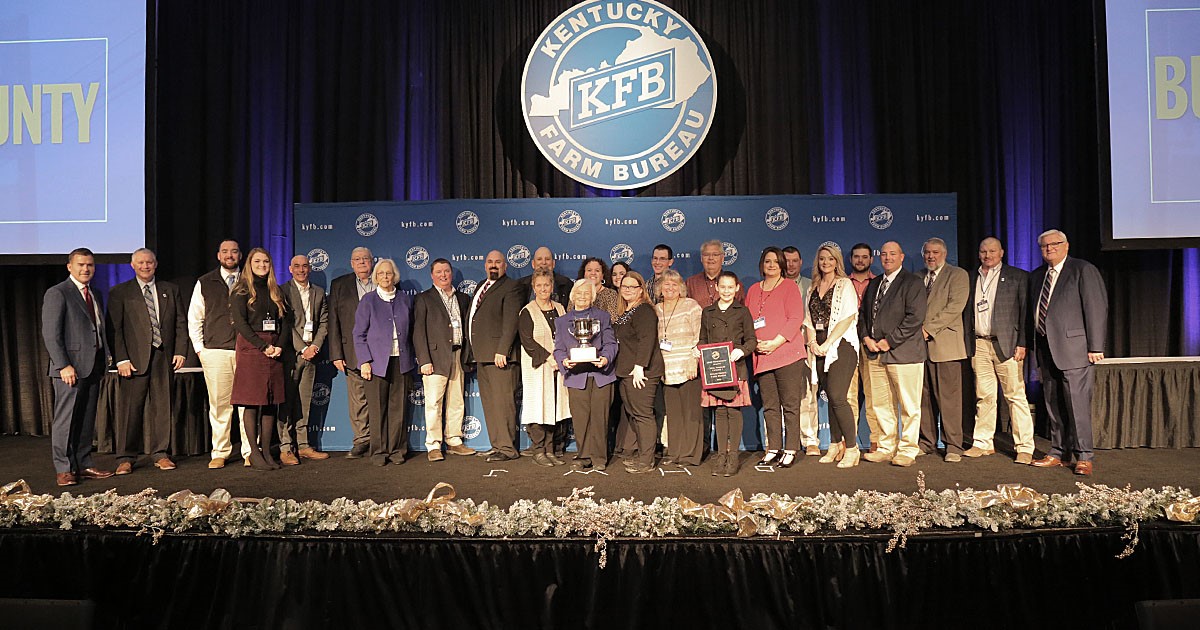 In other award presentations: