Posted on Apr 10, 2013
WASHINGTON, D.C., April 10, 2013 – The April World Agricultural Supply and Demand Estimates report released today by the Agriculture Department forecast tight corn and soybean stocks for the U.S., confirming the ongoing impact of the extensive drought of 2012, according to analysis by the American Farm Bureau Federation. 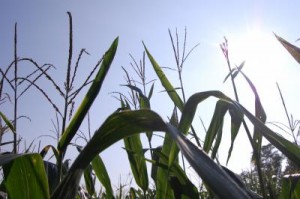 “There is not a large buffer of corn available to withstand weather or other production related problems for this year’s crop,” said Davis. “Planting will start in the Midwest in the next few weeks, and the latest report, if realized, shows ending stocks to be the smallest since 1995-96.”

“USDA lowered export use predictions by 25 million bushels to 800 million. That is a 48-percent decrease from the 2011-12 marketing year, and if realized, would be the lowest corn export since 1971-72,” said Davis. “This is a reflection of our already elevated corn prices.”

While corn showed an increase in ending stocks, the report left soybean ending stocks unchanged from the March estimate of 125 million bushels, despite the pre-reports indicating a slight increase. The stocks-to-use ratio for soybeans is tighter than corn at 4.1 percent, and there is approximately 15 days of soybean supply on hand on Sept. 1.

“The majority of world wheat and corn increases will come from China,” said Davis. “The increase in the world soybean crop will come from South America. Both Brazil and Argentina rebounded from drought and are expected to handle much of the world demand until the U.S. can harvest and become competitive again.”

The May WASDE report will be released May 10 and will provide the first supply and demand projections for the 2013 crop.