Posted on Aug 4, 2015
Louisville, KY (August 4, 2015) – As August ushers in the beginning of the 2015-16 school year, Kentucky Farm Bureau (KFB) is simultaneously searching for the next recipient of its $1,500 Women’s Educational Grant. The grant, presented annually by KFB during its annual meeting in December, was established to recognize and assist non-traditional-aged female college students in their efforts towards completing a college education. 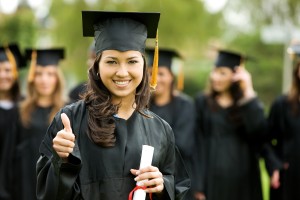 The Women’s Educational Grant is available to any woman who has been a member of KFB for at least one year, is a high school graduate or has earned her GED, and is interested in resuming her educational studies (either secondary or post-secondary) after leaving school to fulfill family or work-related responsibilities. To be considered, potential recipients must complete the application available for download at kyfb.com/scholarships and return the requested material to KFB postmarked by October 23, 2015.

“It takes a brave individual to return to college and pursue educational dreams after starting a family or pursuing a career,” said Scott Christmas, KFB’s Director of Agricultural Education, Women and Young Farmer Programs. “Through the Women’s Educational Grant, it is our goal to make reaching those dreams a little more realistic.”

KFB’s Education Foundation, which administers the Women’s Educational Grant, was formed in 1953 to help Farm Bureau members and their families reach their goal of obtaining post-secondary education. During the last 62 years, the Education Foundation has awarded over 1,500 college scholarships – worth more than $2.3 million dollars – to both traditional and non-traditional students.

To learn more about the scholarships offered by Kentucky Farm Bureau, visit kyfb.com/scholarships.