All-American July 4th Cookout Down Slightly, Remains Under $6 Per Person

Farm Bureau’s informal survey reveals the average cost of a summer cookout for 10 people is $55.70, or $5.57 per person. The cost for the cookout is down slightly (less than 1 percent) from last year. 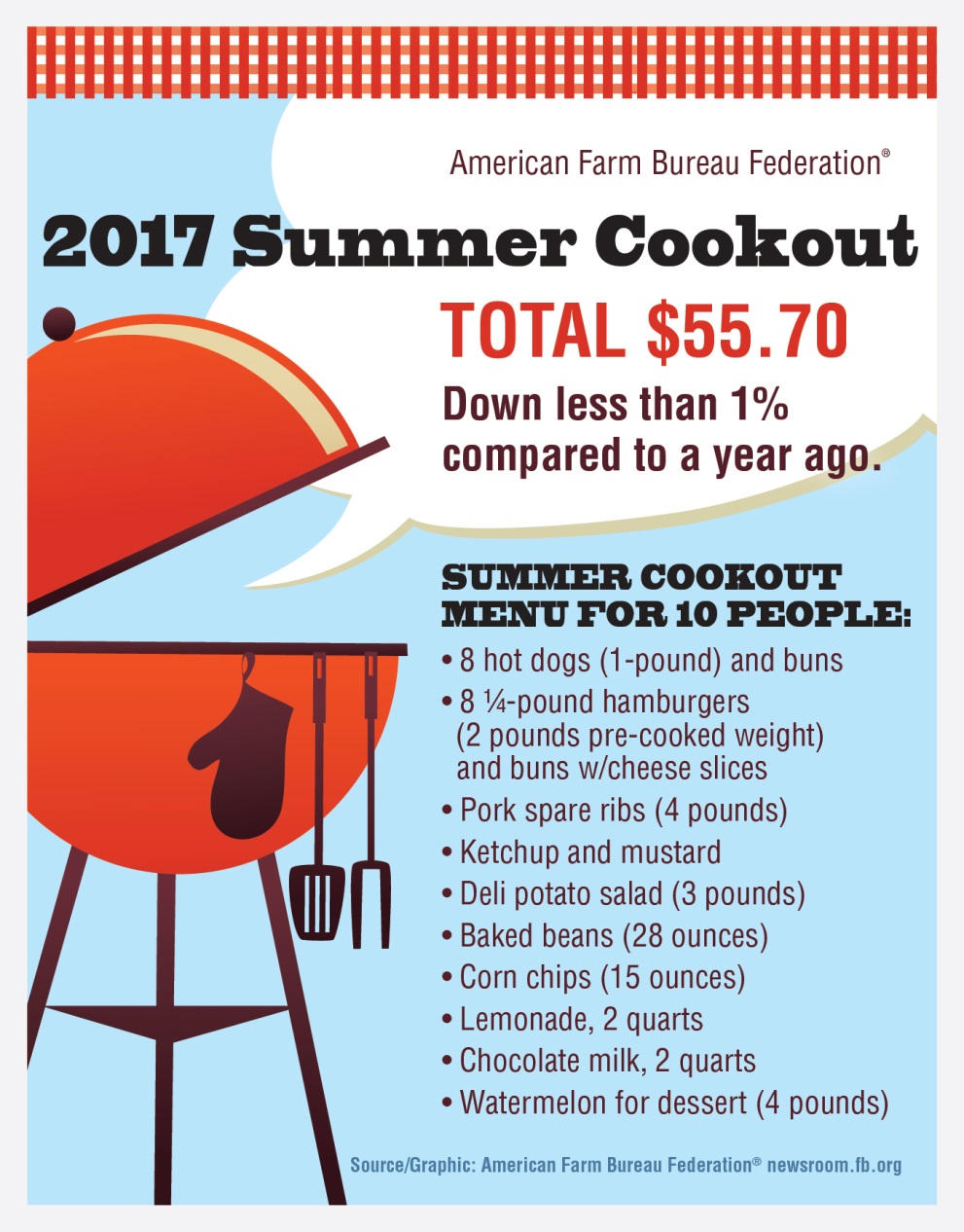 Competition in the meat case is making grilling for July 4th even more affordable for consumers this year, Newton noted.

“Retail pork prices also declined in 2017, largely due to more pork on the market and ample supplies of other animal proteins available for domestic consumption. Lower beef prices are most likely putting downward pressure on pork prices,” he said.

With regard to drivers behind the moderate decrease in dairy prices, Newton said, “We continue to see stability in dairy prices because of the improving export market. Chocolate milk will be a little more affordable this July 4th, in part because some retailers are promoting it as a sports recovery drink superior to other sports drinks and water.

He also noted the retail price of American cheese has declined due to very large inventories and a lot of competition in the cheese case.

Newton said retail dairy and meat prices included in the survey are consistent with recent trends and are expected to continue to be stable.

A total of 97 Farm Bureau members in 25 states served as volunteer shoppers to check retail prices for summer cookout foods at their local grocery stores for this informal survey.

The year-to-year direction of the marketbasket survey tracks closely with the federal government’s Consumer Price Index report for food at home. As retail grocery prices have increased gradually over time, the share of the average food dollar that America’s farm and ranch families receive has dropped.

“Through the mid-1970s, farmers received about one-third of consumer retail food expenditures for food eaten at home and away from home, on average., That figure has decreased steadily and is now about 16 percent, according to the Agriculture Department’s revised Food Dollar Series,” Newton said.

Using the “food at home and away from home” percentage across-the-board, the farmer’s share of this $55.70 marketbasket would be $8.74.

AFBF is the nation’s largest general farm organization with member families in all 50 states and Puerto Rico. Learn more at http://facebook.com/AmericanFarmBureau or follow @FarmBureau on Twitter.