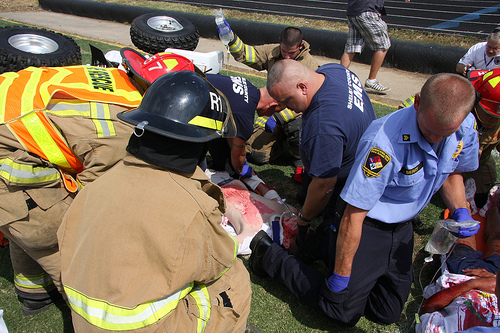 This year’s theme is “Agricultural Safety: Your Best Investment,” and the emphasis of the week is on encouraging farmers to make safety a priority as they prepare to plant crops this spring. Making safety a priority on the farm and ranch can save both lives and resources by preventing accidents, injuries and lost time.

“It’s important to take the time to do farm tasks in a safe manner. Each one of us can make a difference in the health and safety of loved ones and employees on the farm,” said Randy Chrisman, Chair of the KFB Safety & Rural Health Advisory Committee. “The physical, emotional and financial consequences of a serious safety incident on the farm and ranch are well-documented. Investing time in advance to ensure safety recommendations are followed can prevent many incidents.”

According to the latest figures from the Centers for Disease Control and Prevention:

The most effective way to prevent tractor-overturn deaths is the use of a Roll-Over Protective Structure (ROPS) with a seatbelt. In 2006, only 59 percent of tractors used on U.S. farms were equipped with ROPS.

These statistics emphasize why, during Ag Safety Awareness Week and throughout the year, state Farm Bureaus focus on making farms and ranches safer for farmers, their family members and employees.

ASAP is part of the Farm Bureau Safety and Health Network of professionals who share an interest in identifying and decreasing safety and health risks. For more information, visit agsafetynow.com.