A Time for Reconciliation: Rural Communities Finding Ways to Emerge from the Pandemic - Kentucky Farm Bureau

A Time for Reconciliation: Rural Communities Finding Ways to Emerge from the Pandemic 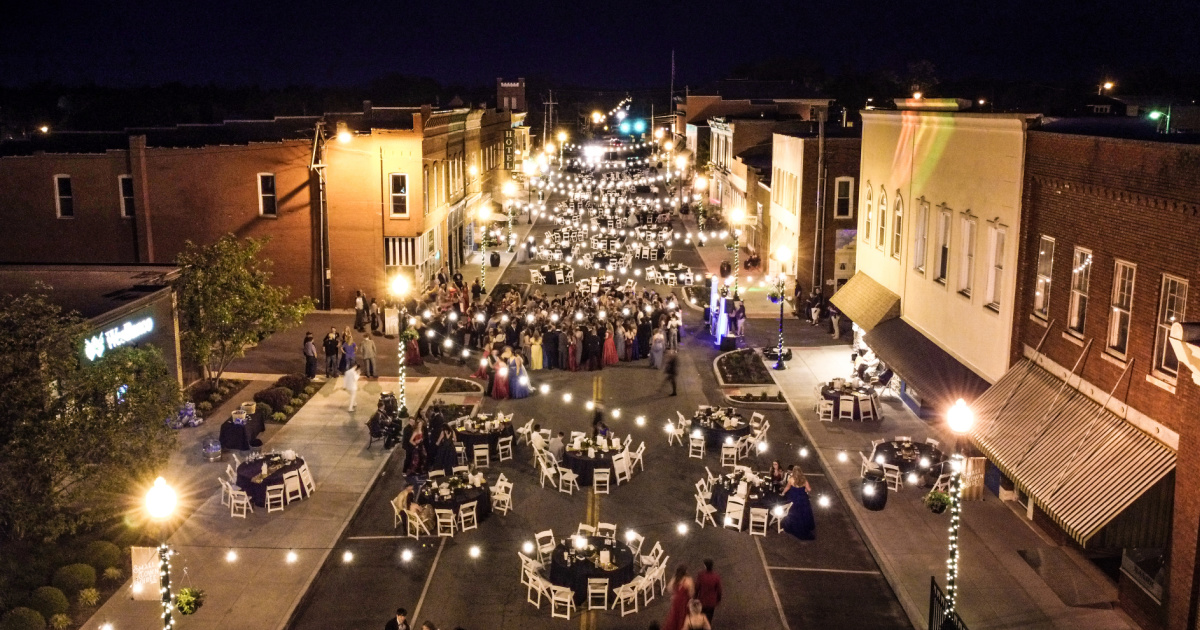 For over a year, the world slowed to a crawl with closed businesses, a masked public, video-only gatherings, and cancelled events, all the while waiting on promising vaccines to be developed.

COVID-19 caused many hardships and continues to be a concern, but as cases drop and vaccines make their way to more people, a re-opening of sorts is taking place throughout the state and much of the nation. And nowhere is it more welcome than in rural communities.

“As we emerge from this pandemic, it will take many of our rural areas a long time to recover, but there exists the kind of resilience in these small towns that lends itself to recovery and healing,” Kentucky Farm Bureau (KFB) President Mark Haney said. “And to see so many events that are bringing people together in these communities is reassuring that we will come back from this time stronger than ever.”

While no one has been completely exempted from many of the hardships caused by coronavirus, it is perhaps students who have had to adjust the most. With that in mind, many communities are trying to get back to a feeling of normalcy, especially when it comes to young people.

Education and government leaders in Anderson County found a way to bring back some of this normalcy by way of their high school prom.

Schools Superintendent Sheila Mitchell said having missed the prom last year, the timing seemed to be right to do something really special for students.

“In discussing what we could do with our administrators, we knocked around several ideas including that of having a main street prom,” she said. “So, we decided to call the mayor, see if he would allow us to have this wonderful event, and he was very excited and said yes immediately to the idea.”

Lawrenceburg Mayor Troy Young said even though some restrictions were still in place, such as having to hold an event like prom outside, the idea of turning the small town’s main street into a prom destination seemed to be the right thing to do.

“We knew it would be a challenge, but our Main Street merchants and local officials all came together to make it happen,” he said. “There was never any hesitation about if we should do it but rather turned into an effort of how to make it happen.”

The “Small Town Soiree,” as it was called, transformed a section of Main Street into Prom Central, complete with a red-carpet entrance, plenty of food and dance music, and an atmosphere that won’t soon be forgotten.

“It took a collective effort to make this happen, but we have the advantage of being a small, close-knit community wanting to do something special for our young people,” Young said.

Mitchell said planning and putting together this special event created a lot of excitement, not only for the students but the entire community.

“This is a wonderful small town with a lot of support from everyone involved in this project,” she said. “And it was a big deal in a lot of ways, but to have it on Main Street was the icing on the cake.”

Prom Sponsor Heather Adams said she was moved to tears many times in the planning process.

“I've lived here my whole life and it's just a really special place to live and grow up and raise your family,” she said. “And to see, especially after this last year, every business, every person, every entity that could put their hands on this and make it happen, it’s just a ‘Hallmark’ movie come true.”

Adams added that the event has caught the attention of many media outlets, even at a national level.

“As successful as this has been, I really think it could become an annual event,” she said.

Down on the farm

From dancing in the streets to entertainment on the farm, communities are making their way out of confinement into a more normal routine. Mercer County Farm Bureau (MCFB) recently sponsored an event to help in the process.

Devine’s Corn Maze, a Certified KFB Farm Market, played host to social media sensations the Peterson Farm Brothers who spoke and rapped about the goodness of agriculture. The farm brothers from Kansas have become international stars by way of their innovative lyrics to very familiar, mostly hip-hop, songs.

The brothers are especially known to the younger generation, but they carry a message that resonates with all.

MCFB President Cary King said not only is it important to be able to get out and enjoy events such as this, the message being brought is equally important.

“The past year has been devastating to some families, and it's been almost equally devastating to some businesses, but I think it's time for us to all get out because our community and our families who run these businesses need us,” he said. “We take a lot of things for granted, and I know we did prior to COVID-19, but even though things kind of shut down and people couldn't go places, the farmer was out every day doing just what he or she always does.”

That message was echoed by Greg and Nathan Peterson, two of the three Petersons who made the trip to Mercer County. The fifth-generation farmers shared their messages of farming and music to the many attendees who came to the event.

“Nine years ago, we decided to make a parody music video to showcase farming so, we really went all out to do it right because we didn’t want our friends to make fun of it,” Greg Peterson said. “We were shocked when it got five million views in a week.”

That first video has spawned 20 additional music videos along with a host of others showcasing life on the farm.

Nathan Peterson emphasized how important being able to interact in person is in normal times, much less during a pandemic.

After being unable to travel through the pandemic, Greg Peterson said by last March they decided to look at doing outdoor venues.

“In March, we had hardly anything on the schedule, especially for the spring, so I posted to those in rural communities that we could do some outdoor venues,” he said. “We got an amazing response to that and booked about 20 events this spring; events outside like this one with communities just wanting to get together.”

If the long line of show-goers who stayed to meet these social media/farm stars after their show was any indication, this rural community got the message loud and clear.

A time to remember

While many of the events that have taken place across the state have celebrated a time of renewal, there have also been many events to honor those who have served this country.

The poppy flower story comes from a poem written by a World War I veteran entitled “In Flanders Field,” which spoke from a fallen soldier’s perspective about the red poppies growing on the ravaged battlefield in Central Europe.

The flower became a symbol of that war and has since been used to memorialize all veterans who made the ultimate sacrifice.

MCFB President Sonny Ward said it was important to remember all those who had died serving our country, as well as all veterans.

“We wanted to show our appreciation and respect for all those who have served this country, many of whom gave their lives,” he said. “In researching the story behind the poppy flower, we thought this was a good way to do so.”

Ward, along with MCFB Vice President L.T. Preece, contacted every church in the county asking them to participate in handing out the poppies to veterans in their churches the Sunday before Memorial Day.

“I’m proud to say we had 100 percent participation,” Ward said. “We thought this would be a good way to reach more of our veterans. I did this same thing in my church two years ago, but we were not able to expand the project last year due to COVID and with so many of the church services cancelled.”

This year, however, was a different story, Ward emphasized.

“Now that many people have had their vaccines and our church services have resumed, we thought this would be a good time to take this project county-wide,” he said. “It’s so important to be able to gather together as a community once again, and to honor our veterans in this way is something we should all do.”

Ward said he hopes to continue this project every year. In addition to providing poppies to veterans, MCFB also supplied American flags to them, as well as placing flags in every window of the local community center.

Haney said the rural communities across the state have special bonds with their citizens, something that makes these events more important and memorable.

“We will never forget this point in time and all the challenges it has presented,” he said. “But more importantly, we will always remember the love and support we have given and received as we get our lives back to a place of normalcy. It truly is a time of reconciliation.”