2021 KFB Scholarship Awards: One for the Record Book 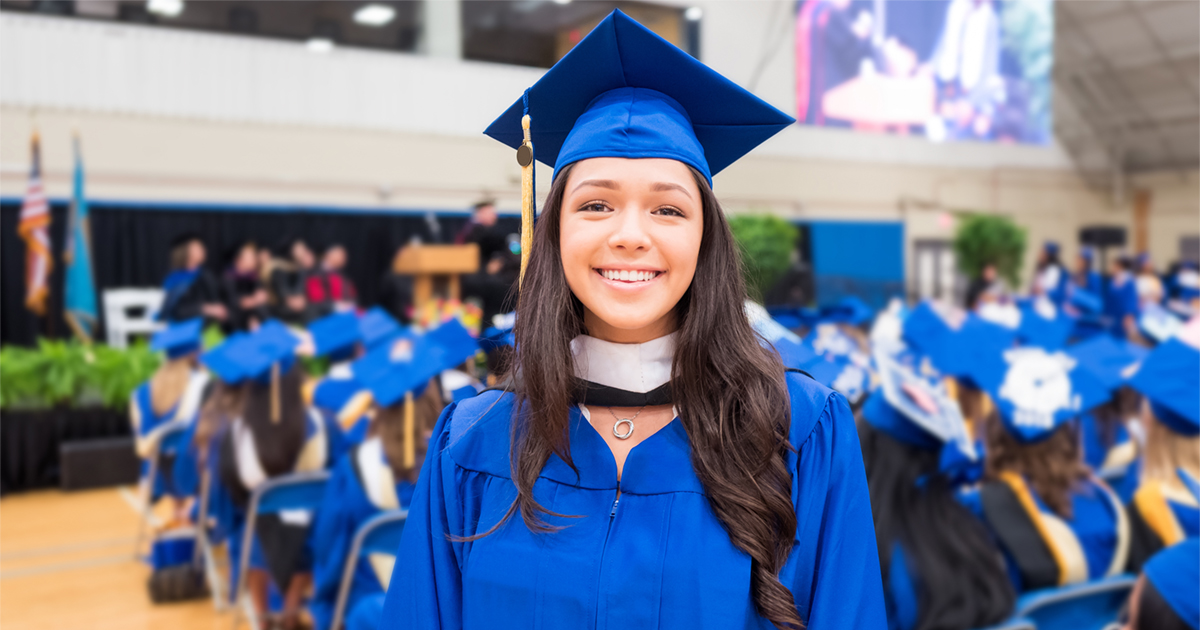 While education has looked very different over the past year from its traditional classroom settings, the financial needs of students, especially those going on to higher education, has likely never been greater. Kentucky Farm Bureau (KFB) has recognized those needs for decades by establishing scholarship programs at the state and county levels.

In 2021, the total amount of state and county scholarship dollars given reached an all-time high of $673,050 through 513 scholarships which are awarded to recipients who displayed the greatest levels of academic excellence, involvement in extracurricular activities, leadership abilities, and financial need.

KFB President Mark Haney said reaching such a milestone is a credit to the organization’s volunteer members across the state.

“Having reached such a level of awarded scholarships is a true testament to the hard work and commitment our members have for these students, their communities, and to KFB,” he said.

Haney added that helping to support students is one of the single most important things the organization does.

“A quality education is one of the most valuable assets a person will acquire in their lifetime and being able to help our students obtain their educational goals is very important to our volunteer members,” he said. “I would like to thank all those county members and leaders who work so hard each year to make this program one of the best in the country.”

Haney pointed out that often, the scholarships play an integral role in helping a student gain the higher education they desire ultimately having an effect on their lives for years to come. Mary Raper of Floyd County is a prime example of that. She received a four-year scholarship from Floyd County Farm Bureau in 1998 and is now a special education teacher in the county.

“It was very helpful because everything's expensive in college and my brother had also started college the year after me, so we had two in the family going to college at the same time so, it meant a lot to us to get the scholarship,” she said.

Raper also pointed out the benefits such scholarships have in the communities in which the students live.

“After college I stayed in my county and found a job teaching and I think the more scholarships we have available, the more students who will be graduating from college will also stay in our community,” she said.

Raper even served as a guest speaker at a Floyd County scholarship banquet to show her appreciation for the award and to encourage others to get their higher education.

Rick Messingschlager, President of the Kenton County Farm Bureau, said their scholarship program is one of the top things they do because it gives these students a sense of community, as well as helps in paying for their college tuition.

Kenton County has named three of the four scholarships they award in memory of past leaders in their area, which helps to carry on those legacies, noted Messingschlager.

“I can't say enough about those gentlemen that the scholarships have been named for. William Durr was an agent and a leader that helped Farm Bureau to grow in this county; Warren Van Horn was a great agriculture leader in the county; and Jim Kannady was a past president, and also very well known in our county,” he said. “These past leaders helped set the stage for the program we have today, which we see as not only an investment in our young people but an investment in our community.”

Casey Chittenden, President of the Livingston County Farm Bureau said the scholarship program is something their board members have always taken great pride in.

“We’ve just always had a board that's very passionate about our scholarship program and have always wanted to give as many dollars as we could, which we felt like has been a pretty good amount for no bigger a county than what we are,” he said.

Chittenden added that he has heard from many of the scholarship recipients over the years who are always very appreciative of what Farm Bureau does for students.

“Everybody has always been very appreciative, and I think, for the most part, our scholarship winners generally go on to get their four-year course of studies completed,” he said. “So, we feel like that we have done a lot of good for our students, as well as our county and the organization, through the scholarship program.”