Brooke Begley was awarded a $2,000 scholarship from Russell County Farm Bureau. Begley plans to attend Cedarville University to earn a degree in nursing. She is the daughter of Barry and Tina Begley of Russell Springs, KY. 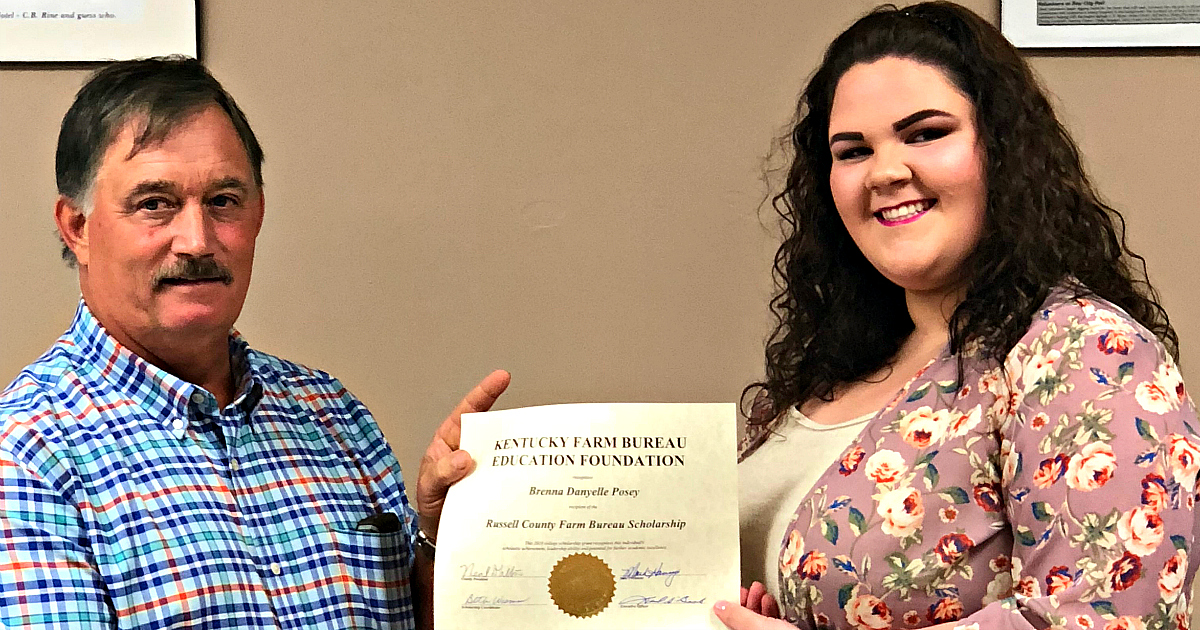 Brenna Posey also was awarded a $2,000 scholarship from Russell County Farm Bureau. After graduating from high school, Posey will attend Lindsey Wilson College to pursue a degree in psychophysiology. She is the daughter of William and Brenda Posey of Russell Springs, KY. 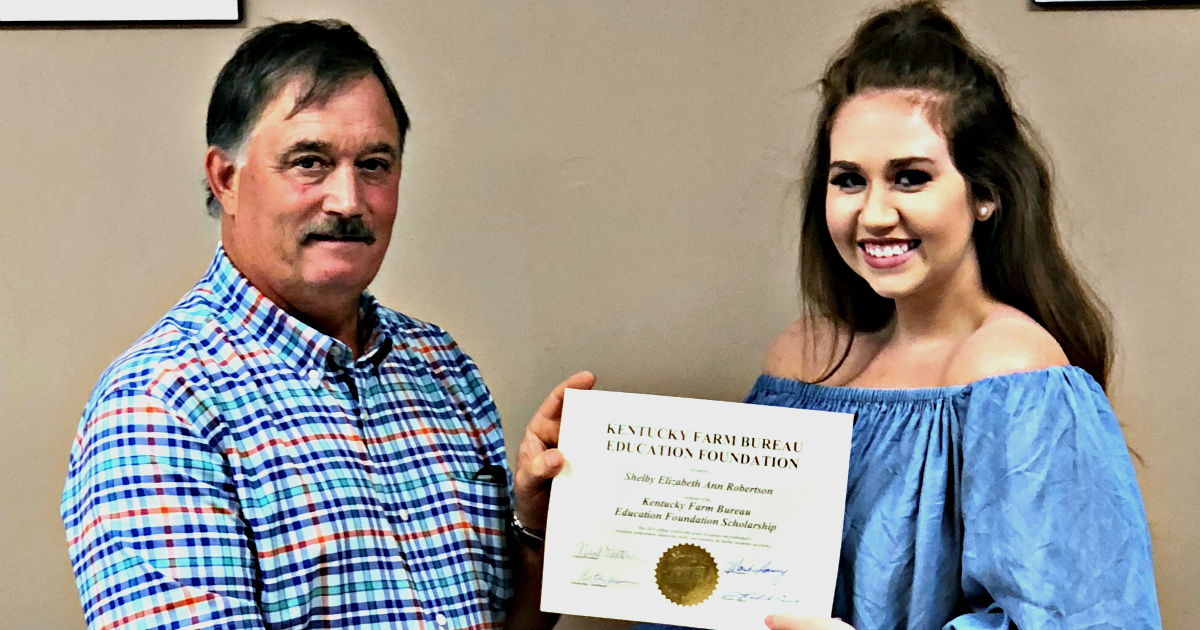 Shelby Robertson received a $1,000 scholarship from Kentucky Farm Bureau Federation. Robertson plans to attend Western Kentucky University to obtain a degree in biochemistry. She is the daughter of Brent and Pamela Robertson of Columbia, KY. 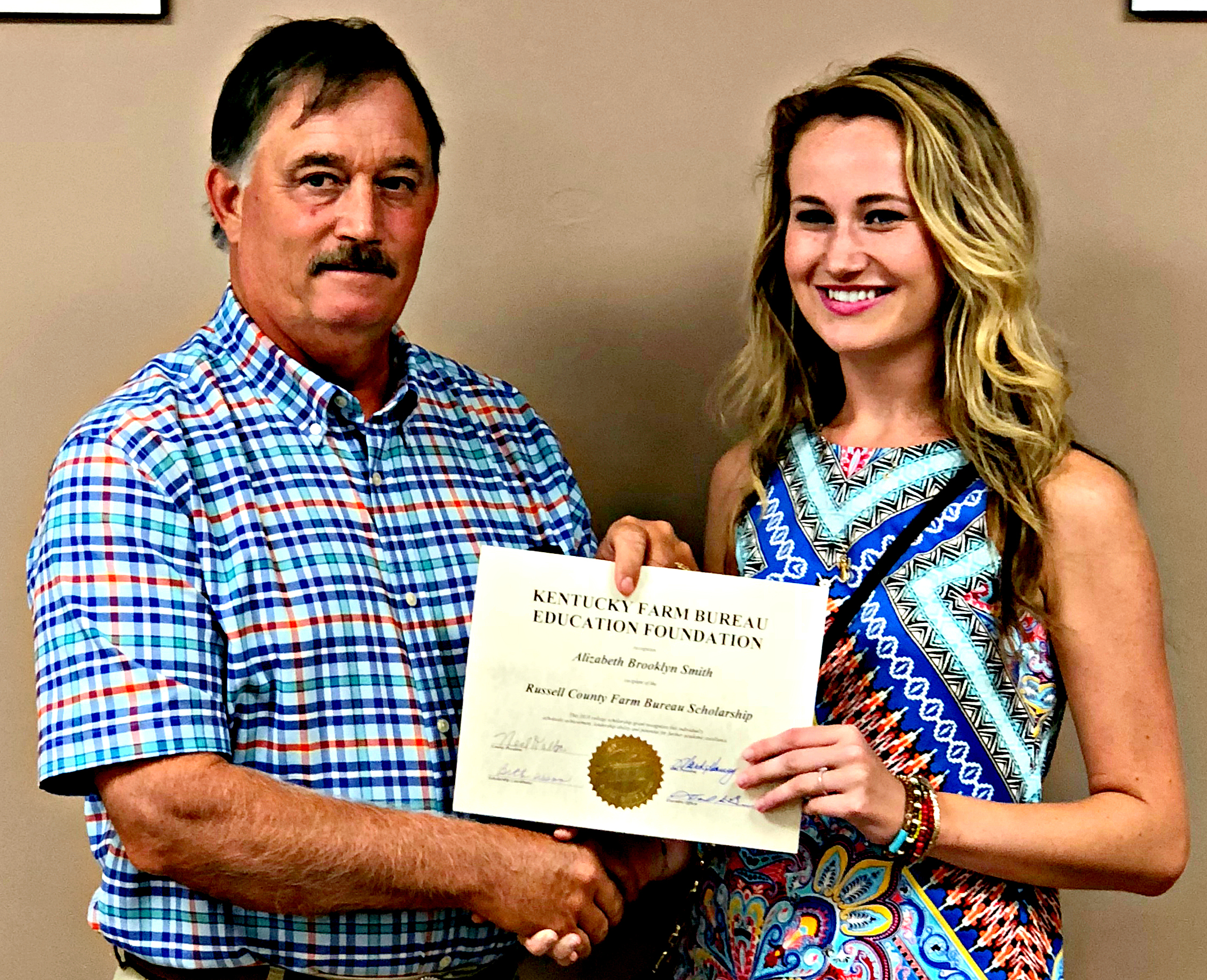 Alizabeth Smith received a $2,000 scholarship from Russell County Farm Bureau.  After completing high school, she is heading to Western Kentucky University to earn a degree in biology. She is the daughter of Tracy and Lydia Smith of Russell Springs, KY.