Karlea Maynard plans to attend the University of Kentucky to pursue a physician’s assistant degree. Maynard is the daughter of Tommy and Amanda Maynard of Inez, KY.

Lyndsey Horn is heading to Eastern Kentucky University to obtain a degree in pre-communication sciences and disorders. Horn is the daughter of James and Mary Lynn Horn of Inez, KY.

Lindsey Milleson will attend Eastern Kentucky University. Milleson plans to pursue a degree in career and technical education. She is the daughter of John and DeLilah Milleson of Tomahawk, KY.

Keitlyn Maynard plans to attend Marshall College and to obtain a pre-medicine degree. Maynard is the daughter of Chris and Angela Maynard of Inez, KY.

Mattia Goble will attend Eastern Kentucky University to pursue a degree in bio-medical sciences. Goble is the daughter of Steven and Dawn Goble of Inez, KY. 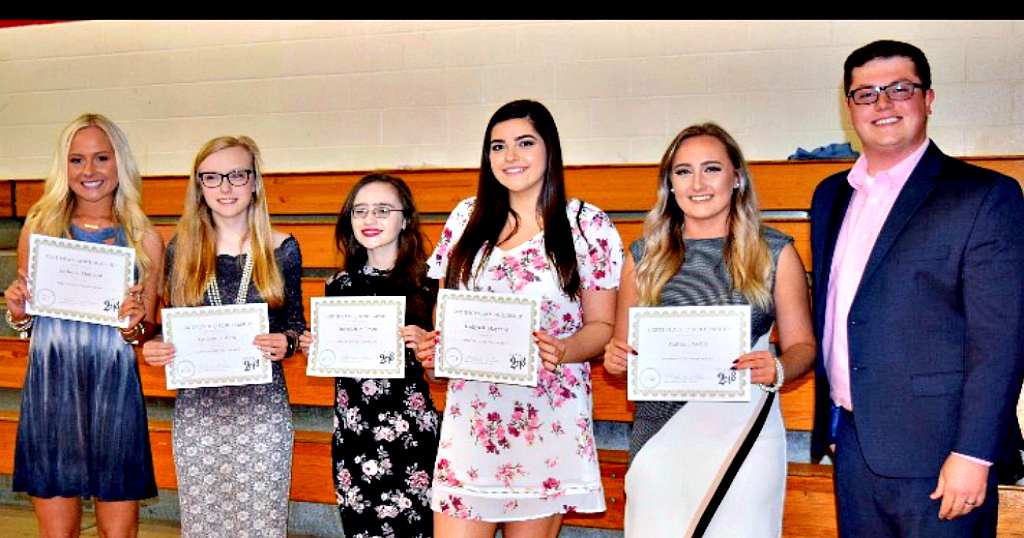 Caleb Smithson of Butler County won first place in the final round of Kentucky Farm Bureau’s (KFB) Discussion Meet, a debate-styled competition for young farmers that relies on an individual’s skill in reasoning and logical discussion of issues.

Kentucky Farm Bureau (KFB) kicked off its 102nd Annual Meeting today with its Commodity Luncheon celebrating the strength of Kentucky’s farm community. In addition to marking the end of a bountiful harvest season, the annual meeting writes the roadmap for the organization’s advocacy efforts for the coming year.