Young Farmer of Excellence awards for 2018 were presented to Jason Hendricks, Adam Hendricks and Harry Hendricks.  Hendricks farms primarily raise corn, wheat and soybeans. These awards were presented at the November board meeting of the Logan County Farm Bureau Federation. 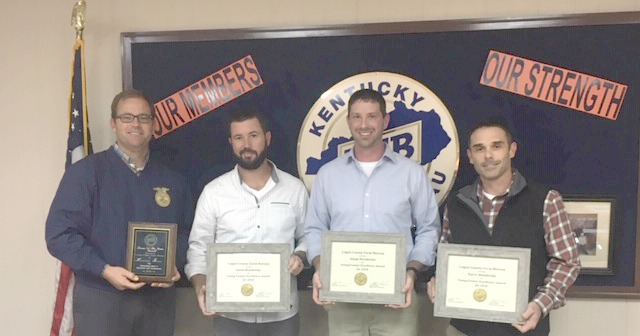