Jackson County 4th graders were recently treated to a dose of educational fun at an Environmental Field Day sponsored by the Jackson County Conservation District.  Representatives set up teaching stations at Sand Gap Park and the students went from station to station to learn from Jackson County Farm Bureau, the Kentucky Department of Fish and Wildlife, The Kentucky Division of Foresty, local electric co-op - Jackson Energy and the Water District to name a few.  Each representative spoke to the students about what their organization does and how it affects each of us.

Jackson County Farm Bureau presented an ATV Safety program to the more than 200 4th graders who attended the event.  The students gained knowledge of Kentucky law concerning riding ATV’s.  They were given information on how to ride safely and the types of safety equipment they should be wearing.  The students were also given a KFB school kit. 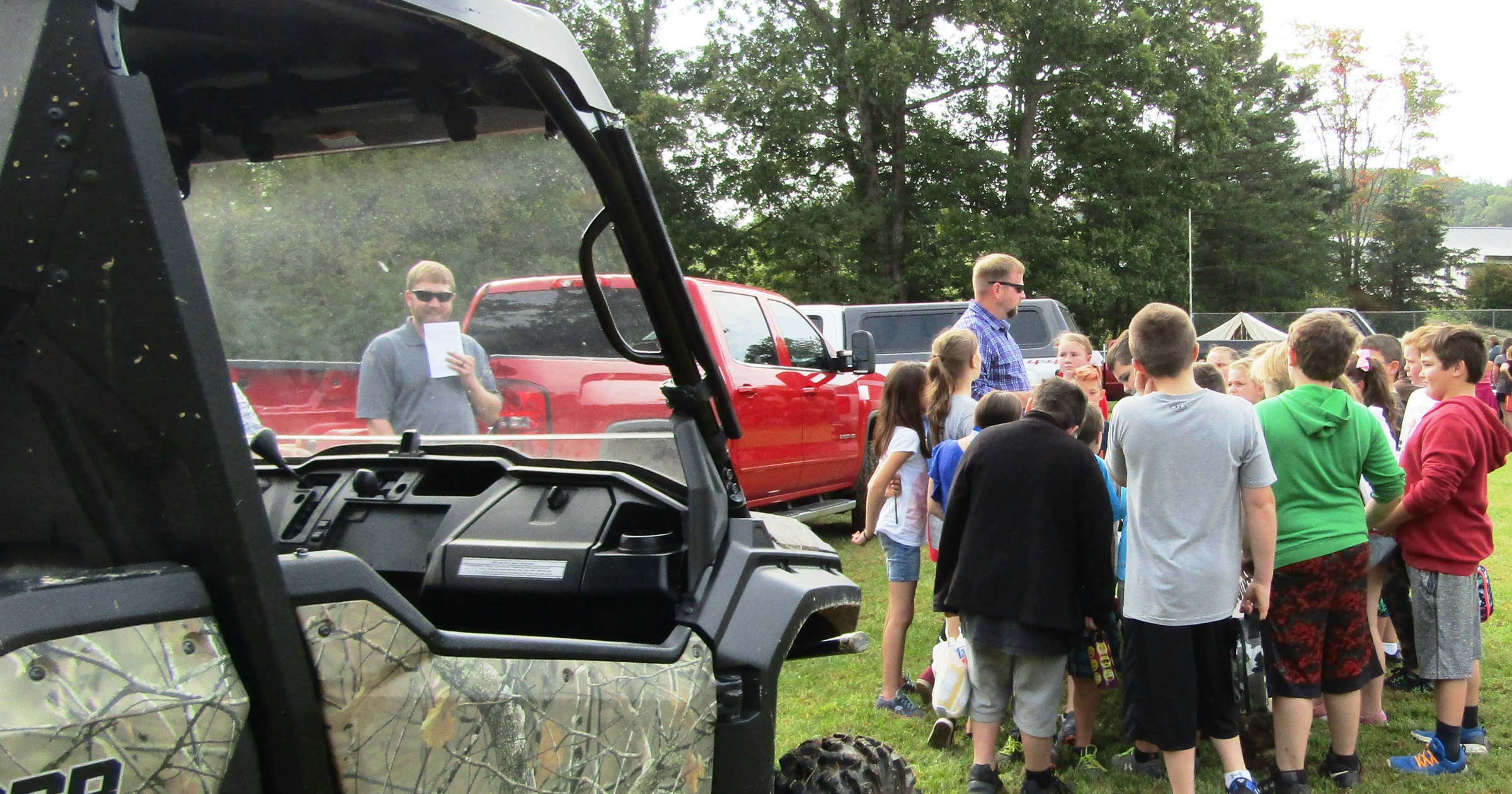