LOUISVILLE, Ky. (April 15, 2020) – Recognizing the growing need to address food insecurity across the Commonwealth during the coronavirus pandemic, this week Kentucky Farm Bureau (KFB) Mutual Insurance Company and the Kentucky Farm Bureau Insurance Foundation will donate a total of $500,000 as part of Agriculture Commissioner Ryan Quarles’ Kentucky Hunger Initiative. The donation is the largest single private donation made as part of the Kentucky Hunger Initiative since it was launched in 2016.

The six-figure donation comes in advance of the company’s now-postponed, second annual Clays for a Cause fundraising event, originally scheduled for April 22-23. Last year, the sporting clays event, which took place at Elk Creek Hunt Club in Owenton, Ky., was attended by 191 participants, supported by 37 sponsoring companies, and raised $115,950 in support of local hunger relief efforts in Kentucky.

In response to Governor Andy Beshear’s call for proper social distancing, KFB Insurance’s Clays for a Cause event was postponed, but the charitable giving was decidedly amplified.

“The coronavirus pandemic is impacting people of every socioeconomic status, but we know those who were already living in food-insecure conditions are at an even greater risk right now. We couldn’t turn our backs on our fellow Kentuckians simply because our fundraising event was postponed. If anything, it encouraged us to do more,” said Mark Haney, President of KFB.

Although more than a month remained for planning and fundraising when COVID-19 began making its negative impact in the Bluegrass State, KFB Insurance had already received tremendous support from partnering sponsors and participants. Financial commitments of $125,000 were made, but the company had even loftier goals for 2020’s charitable donation.

“We experienced such an overwhelmingly positive response to last year’s inaugural event that we quickly established bigger plans for 2020. We wanted Clays for a Cause to be a real difference maker,” said John Sparrow, Executive Vice President and CEO of KFB Insurance. “Little did we know that we would not only be fighting food insecurity this year, but also a global pandemic. Event or no event, we clearly understood that too many of our fellow Kentuckians were in a position of need and we were in a position to help.”

Haney, Sparrow and the leadership of KFB Insurance didn’t let COVID-19 and social distancing requirements sway the desire to make a big donation this year. Starting with the KFB Insurance Foundation’s funds of $125,000 committed to Clays for a Cause by sponsors and participants,  and tripling that amount with resources from KFB Insurance for an additional $375,000, a total of $500,000 will be divided into sizable donations to three local non-profit organizations – Feeding Kentucky, Glean Kentucky and Kentucky Hunters for the Hungry – as part of the Kentucky Hunger Initiative.

“When we started the Kentucky Hunger Initiative, I knew the ag community would step up to fight hunger like we never had before, but I could not have imagined a half-million-dollar donation from Kentucky Farm Bureau Insurance,” said Commissioner Quarles. “This donation, in this time, demonstrates how Kentucky agriculture is not only committed to growing food and fiber during a pandemic, but also to marshalling funds to feed vulnerable Kentuckians affected by it. I cannot thank Kentucky Farm Bureau Insurance enough, and I look forward to thanking them in person once our time of social distancing has passed.”

KFB Insurance will reschedule Clays for a Cause to a later date and continue to host the charitable fundraising event on an annual basis. 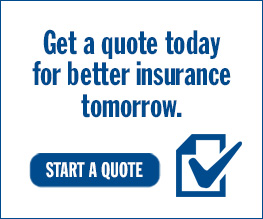 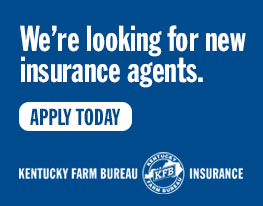