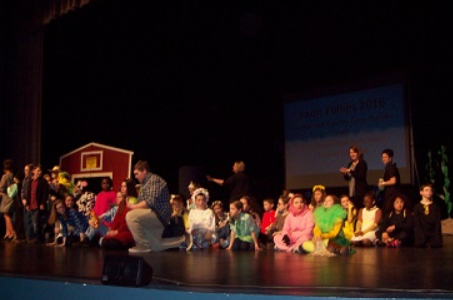 The Board of Directors worked with the advisors and students to create props, costumes, equipment, sound, and lighting. Several hours of pre-work culminated into a fantastic evening, allowing Henderson County students to showcase their talent.

Anyone who has ever planted that first seed of a crop knows, as dedicated farm families, we are always at the mercy of Mother Nature.

Whether it is the use of GPS to map fields or check soil conditions, the advanced yield monitoring equipment that tells us valuable crop yield information in real-time, or even the weather radar access we have to watch changing conditions directly from the field.

Down the Backroads | Perhaps There's Hope After All
August 10, 2022

I have tried to be an optimistic person most of my life even when challenging times are present and the world seems to be disconnected.