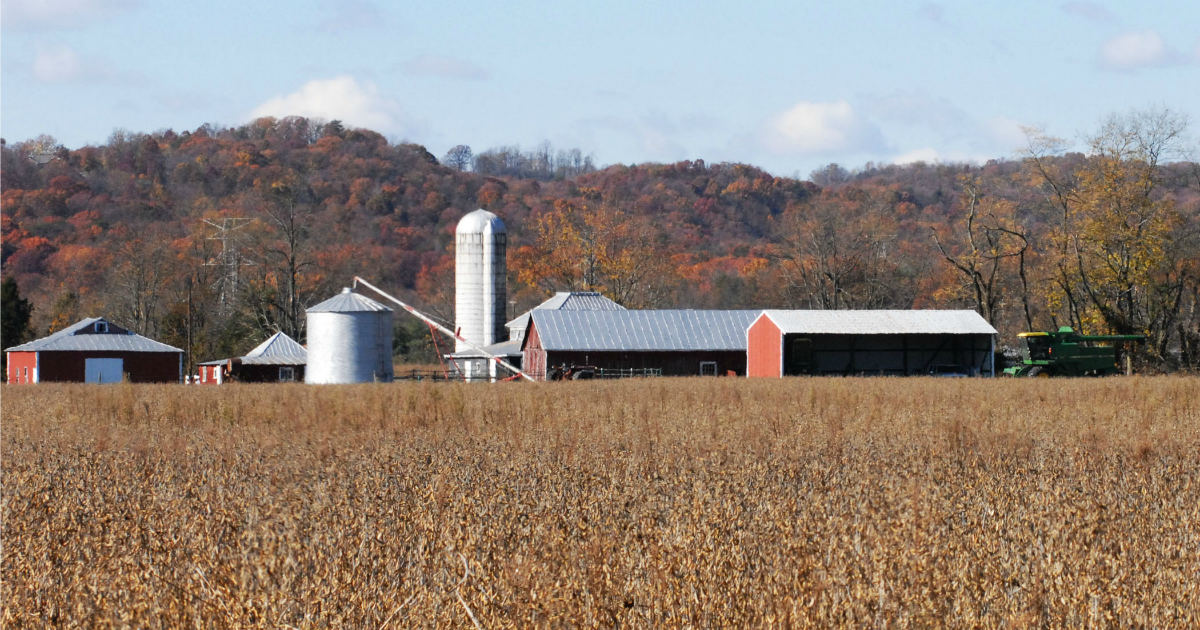 Title II of the Farm Bill is known as the Conservation Title and contains several programs that help farmers in their efforts to maintain good conservation practices. Agriculturalists fully realize the importance of taking care of their natural resources and being good stewards of the land is something understood universally.

Merriam-Webster defines the word conservation as, “a careful preservation and protection of something; planned management of a natural resource to prevent exploitation, destruction, or neglect; the preservation of a physical quantity during transformations or reactions.”

Kentucky has emerged as a leader in “preservation and protection” efforts which begin, for many, at a young age. Kentucky Farm Bureau (KFB) serves as the principle sponsor of the Jim Claypool Art and Conservation Writing contest hosted by the Kentucky Division of Conservation (KDC) for students from the elementary age through high school. The essay portion of the competition dates back to 1944 and each year, thousands of entries are received from students throughout the state.

Having a population that has regard for and knowledge of conservation measures is essential to the success of related programs whether they are initiated at the local community level, through educational endeavors or through legislative efforts such as the Farm Bill.

“You’re always going to need conservation measures. You have a finite amount of land and more of it is going under blacktop every year; you have a finite amount of water and a growing population which means less is available to divert to non-people related uses,” he said. “So, we have to be more efficient in how we use our natural resources and that’s what conservation is all about.”

David Rowlett, President of the Kentucky Association of Conservation Districts echoed those sentiments.

“With limited land resources and a growing population, good sound conservation practices are needed to reduce our soil loss and to improve soil health to make our land more productive,” he said.

Soil erosion, soil health and adequate water supplies normally top the list of conservation priorities for the farming community. Rowlett noted that by increasing organic matter in the soil, water can be retained for dryer periods and captures more carbon from the atmosphere.

“Soil conservation and clean water have never been any more important than they are now,” said Rowlett. “Agriculture has a responsibility to both rural and urban areas to do as much as possible to make sure we have a good clean and plentiful water supply. “

Henderson said good soil conservation generally means cleaner water supplies and he firmly believes that farmers are the best stewards of the soil in existence.

“Something that helps in those efforts is the fact that Kentucky farmers have been very fortunate to have numerous programs and funding sources to allow the state to be a leader in cost share programs for conservation,” he said.

One landmark event in Kentucky’s conservation efforts was the creation of the Agriculture Water Quality Authority, established by the General Assembly which provided farmers a mechanism for developing a conservation plan. By following that plan an operation was considered to be in good faith and if problems arose a first step would be to correct the problem through remediation rather than a fine.

Another milestone event was the expansion of the Kentucky Soil Erosion and Water Quality Cost Share Program created during the time when a system to distribute tobacco settlement dollars was being established. This initiative provided initial funding in the amount of $9 million per year for various conservation-related cost share projects.

Those tobacco settlement dollars created the Kentucky Agriculture Development Fund which has not only provided revenue for statewide initiatives but also a county cost share program (CAIP) which has helped with individual projects on the farm including many related to conservation.

Additionally another important cost share program is Environmental Quality Incentives Program (EQIP) widely used by farmers all across Kentucky and provided with in the Conservation Title of the Farm Bill.

Henderson credits these programs and the effort provided by Kentucky Farm Bureau to support these initiatives as playing a pivotal role in establishing the Commonwealth as a national leader in conservation measures.

“Some of these programs provided funding other states did not have at the time to help establish good practices on the farm,” he said. “We’ve been fortunate enough to have had some major dollars invested in conservation efforts in this state but the job’s not finished yet. It will always be a continuous job to preserve the air, water and soil that will benefit both farm families and non-farmers alike.” 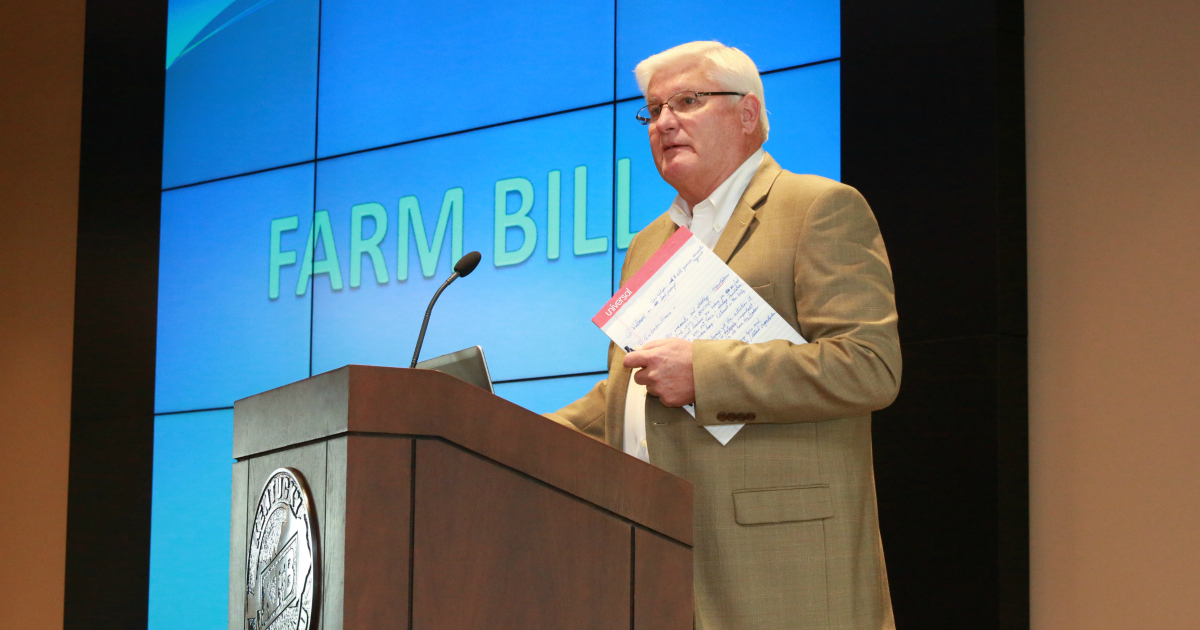 Improving natural resources is the ultimate goal of all conservation efforts while improving net farm income is also paramount for farm families. Henderson said those two go hand in hand and makes the analogy that if you like to eat, then you should have an interest in farm conservation measures and the importance of good stewardship to insure the future of farming.

Key programs of the Conservation Title of the Farm Bill

This information is provided by the USDA:

Conservation Stewardship Program (CSP) helps build on existing conservation efforts while strengthening operations. CSP is for working lands. It is the largest conservation program in the United States with 70 million acres of productive agricultural and forest land enrolled in CSP. Thousands of people that have made the choice to voluntarily enroll in the program because it helps them enhance natural resources and improve their business operation.

The Conservation Reserve Program (CRP) is a land conservation program administered by the Farm Service Agency (FSA). In exchange for a yearly rental payment, farmers enrolled in the program agree to remove environmentally sensitive land from agricultural production and plant species that will improve environmental health and quality. Contracts for land enrolled in CRP are 10-15 years in length. The long-term goal of the program is to re-establish valuable land cover to help improve water quality, prevent soil erosion, and reduce loss of wildlife habitat.

The Conservation Reserve Enhancement Program (CREP) is an offshoot of the Conservation Reserve Program (CRP), the country’s largest private-land conservation program. Administered by the Farm Service Agency (FSA), CREP targets high-priority conservation issues identified by local, state, or tribal governments or non-governmental organizations. In exchange for removing environmentally sensitive land from production and introducing conservation practices, farmers, ranchers, and agricultural land owners are paid an annual rental rate. Participation is voluntary, and the contract period is typically 10–15 years, along with other federal and state incentives as applicable per each CREP agreement.

The programs contained within Title II of the Farm Bill help farmers in their natural resources management efforts be it in creating conservation plans for their operations or in land preservation. And while Kentucky has been fortunate enough to have been on the receiving end of support dollars both at the federal and state levels, continued support is essential to maintain natural resources for farm communities as well as their urban neighbors.

“Federal and state dollars to assist farmers in completing necessary conservation plans and technical assistance is very much needed in all areas of Kentucky,” he said. “This assistance is also needed for our flood containment areas. These 200 plus PL566 dams (created by the Watershed Protection and Flood Prevention Act of 1954) in Kentucky are well beyond their life expectations and need attention. With these water containments, ample supplies of water are provided to many areas, and flood and erosion control are enhanced.”